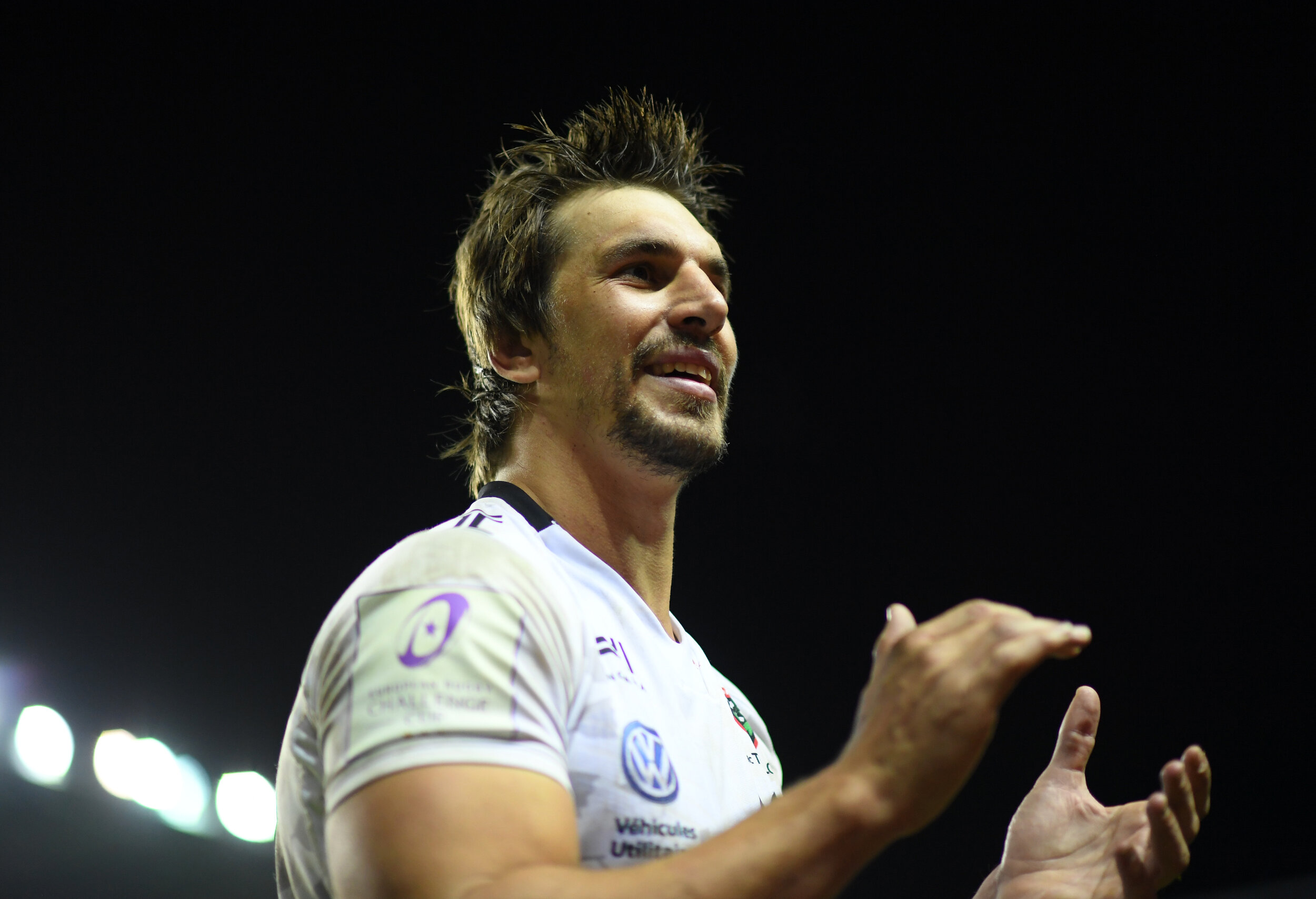 As Eben Etzebeth nurses himself back to fitness and tries to focus on helping stumbling Toulon finish the Top 14 strongly, he is nevertheless thinking of the “massive” Lions tour to South Africa.

The 29-year-old Springbok lock has struggled with injury and illness this season.

“It has been a tough season as a result of Covid-19 and I got a couple of injuries,” he told AFP.

Etzebeth missed half a dozen Top 14 games before returning, still nursing a finger he broke in training in April, as a substitute against Montpellier on May 11. He then started at Clermont on May 15. Toulon, inconsistent all season, lost both games.

With two rounds to go they are clinging to the sixth and last play-off spot, ahead of streaking Stade Francais on the tiebreak, with Castres and Lyon just two points behind.

ALSO READ: ‘Even with no crowds, Lions series will be like World Cup final’

“We just want to go into the last two games and play well, get a victory and put ourselves in the best possible position to make it for the top six,” he said.

“Once we’re in the top six, it’s a whole different competition. There are just three games left and it’s knockout rugby.”

But reaching the final, which is scheduled for June 25, would delay his return to South Africa, where the Springboks are due to start a two-Test series against Georgia on the weekend of July 3.

“That’s a decision the Springbok coaches will have to take,” Etzebeth said. “I will be back in time. I don’t know if they’ll want to play me, if I had to play in the final the week before.”

The Georgia matches are a warm-up for a three-match series against the British and Irish Lions starting in Cape Town on July 24.

South Africa have not played a Test since they beat England 32-12 in the World Cup final in Yokohama on November 2, 2019. Etzebeth started that match and played an hour to collect his 85th Springbok cap.

“I’ll be ready for the Springboks,” said Etzebeth.

“If they want to pick me, I’ll be happy to play with them again. We haven’t played together since the World Cup. It would be awesome to be part of that again.

“A Lions tour is massive,” he added.

“After the World Cup that’s the second biggest thing as a South African rugby player to be a part of. We’re all excited, looking forward to it.”

“They only come round once in your lifetime, every 12 years. A massive thing for all of us in South Africa.”

South Africa will defend their World Cup in France in 2023 but Etzebeth said that did not influence his decision last summer to extend his Toulon contract to 2024.

“If I didn’t enjoy life in Toulon and it was a bad place to play, I wouldn’t have stayed on just because the World Cup was going to be here.”

The easing of coronavirus restrictions in France mean that when Toulon host high-flying Bordeaux-Begles on Saturday, 1,000 fans will be able to attend.

“It would obviously be great to have fans back but it’s the guys on the field who must make the difference,” he said.

“If you’re waiting for fans to  get you up for a game you’re in the wrong sport.”

In 2019, shortly before the World Cup, Etzebeth faced accusations that he assaulted and racially abused and pointed a gun at a homeless man in Langebaan, north of Cape Town.

Etzebeth denies the allegations and, although various investigations were started, has faced no charges.

“Hopefully all the lies will come to an end very soon,” he said.