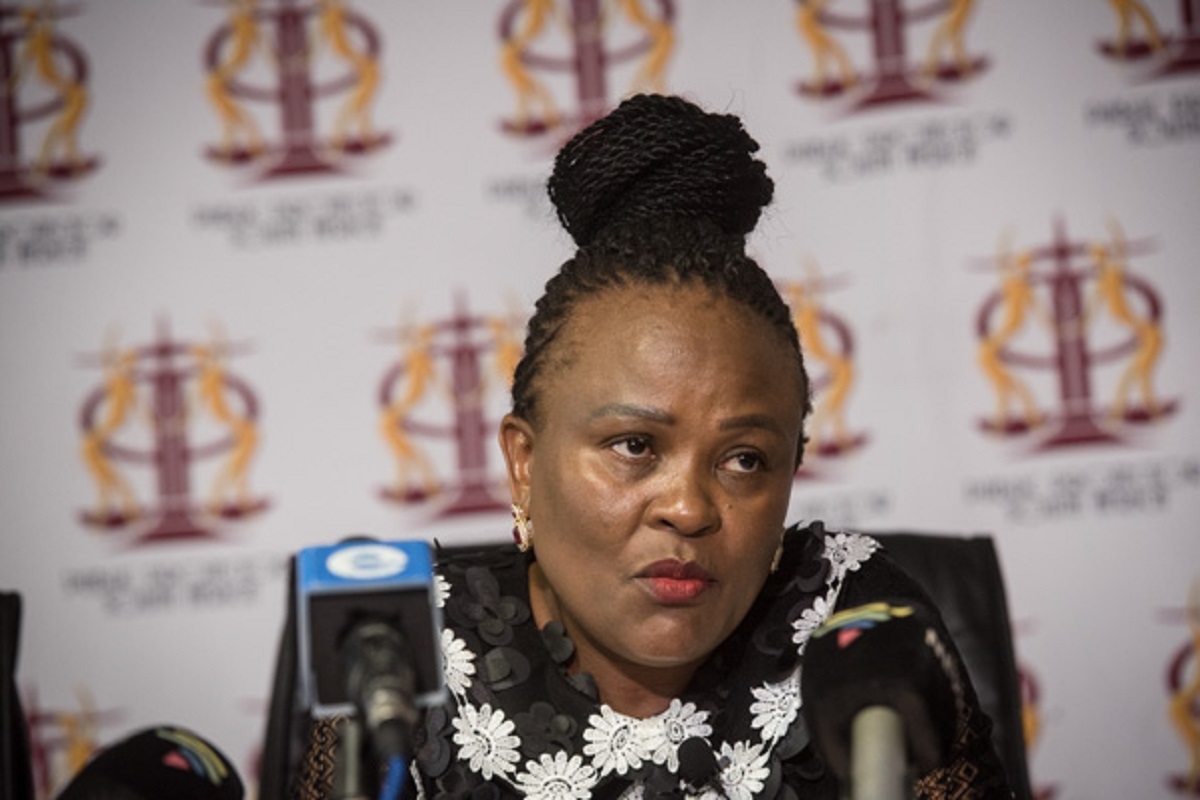 Public Protector Busisiwe Mkhwebane’s bid to challenge the invalidation of her report on Minister Pravin Gordhan and the so-called “SARS rogue unit” – as well as the 15% personal costs order granted against her – have been dismissed by the Gauteng High Court in Pretoria.

Judges Selby Baqwa, Annali Basson and Leonie Windell had ruled in December last year that Mkhwebane’s conclusion that Gordhan had established an illegal unit at SARS was “without foundation, particularly as this conclusion is based on discredited reports and unsubstantiated facts”.

The court further found that the report “fails at every point” and was “the product of a wholly irrational process, bereft of any sound legal or factual basis”.

“The Public Protector’s bias against Mr Gordhan and [former SARS deputy commissioner Ivan] Pillay is manifest. Having regard to the manner in which the Public Protector simply dismissed out of hand and completely ignored and irrationally discarded hard facts and clear evidence, it is clear that she approached her investigation with a preconceived notion, determined to make adverse findings against Minister Gordhan and Mr Pillay, thereby promoting the false rogue unit narrative,” the judges said.

In an 11-page ruling delivered in response to Mkhwebane and the EFF’s attempt to appeal that decision, Baqwa found that neither had raised any arguments that could persuade another court to rule differently.

He also rejected Mkhwebane’s efforts to challenge the 15% personal costs order granted against her because of the “total disregard” she had shown for her constitutional obligation, as Public Protector, to be impartial and act without fear, favour or prejudice.

Mkhwebane had argued that the 15% personal costs order granted against her by the High Court in for, among other things, her “shockingly inappropriate” personal attack on Judge Sulet Potterill was unwarranted – and part of a “tendency” by that court to grant such orders against her.

In her appeal application, the Public Protector had unreservedly apologised for wrongly accusing Potterill of deliberately omitting words of the Executive Ethics Code in a ruling she gave in favour of Gordhan – after it became apparent that Mkhwebane herself had misquoted the code.

Mkhwebane had attacked Potterill for pointing out that the Executive Ethics Code prohibits members of government’s executive from “wilfully” misleading the legislature and finding that the Public Protector was wrong to state that it also applied to officials who “inadvertently” misled the National Assembly.

The Public Protector had found, as part of her “rogue unit” report that Gordhan had violated the Executive Ethics Code by deliberately misleading the National Assembly in 2016, when he failed to remember that a member of the Gupta family may have been present at a 2010 meeting he held with “a certain Mr Ambani”.

When Gordhan argued that his memory had failed him and he had not intentionally lied to Parliament, Mkhwebane insisted that – even if this was the case – he was still guilty of violating the code.

Potterill then corrected Mkhwebane, prompting her to accuse the judge of “deliberately” omitting the words “inadvertently mislead” from the actual code.

Baqwa said Mkhwebane’s bizarre insistence that the Executive Ethics Code included the word “inadvertent”, when it did not, clearly demonstrated that she “is capable of reaching conclusions which are unsupported by the facts and the law”. This, he said, supported Gordhan’s contention that she had acted with “improper motive and biasness”.

In appeal papers filed at the High Court, Mkhwebane’s lawyers had tried to argue – wrongly – that the 2007 version of the Executive Ethics Code does state that members of the executive “may not wilfully or inadvertently mislead the legislature to which they are accountable”.

Baqwa pointed out in his appeal ruling that Mkhwebane’s advocate Thabani Masuku had conceded that there was “no 2007 version of the Executive Ethics Code”.

Masuku had, however, then argued that Mkhwebane had based her findings on Gordhan’s “inadvertent” misleading of Parliament on a Ministerial Handbook.

The judge said Mkhwebane’s repetition of her misunderstanding of the code, in a leave to appeal application, was “astounding”.