US military logistics convoy targeted in Iraq, no group has claimed responsibility for the attack and with no casualties. ‘Iraqi lawmakers unanimously approved a bill on January 5, demanding the withdrawal of all foreign troops’ : MiddleEastNews 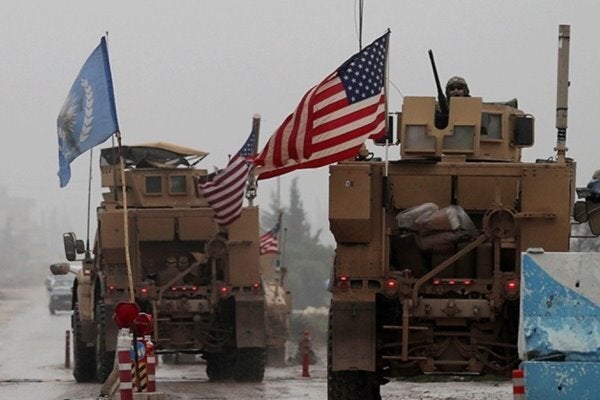 The Government of Iraq reaffirmed its commitment to protect the Global Coalition’s personnel, convoys, and diplomatic facilities.

The two countries also emphasized that the bases on which U.S. and Coalition personnel are present are Iraqi bases and their presence is solely in support of Iraq’s effort in the fight against ISIS.The two countries intend to continue talks through the Joint Military Committee to ensure Global Coalition activities are aligned with and appropriately support the needs of the ISF, including the Peshmerga.

The two countries reaffirmed the importance of the strategic relationship and their determination to continue to take steps to enhance it in the interest of both countries and to achieve security, stability, and prosperity in the region. The United States welcomed the opportunity to reaffirm and strengthen its partnership with Iraq.

In the security and counterterrorism discussion, the United States and Iraq reaffirmed their mutual intention to continue bilateral security coordination and cooperation.

Both countries reaffirmed that U.S. forces are in Iraq at the invitation of Iraqi Government to support the Iraqi Security Forces (ISF) in their fight against ISIS.

Based on the increasing capacity of the ISF, the parties confirmed that the mission of U.S. and Coalition forces has now transitioned to one focused on training and advisory tasks, thereby allowing for the redeployment of any remaining combat forces from Iraq, with the timing to be established in upcoming technical talks.

The transition of U.S. and other international forces away from combat operations to training, equipping, and assisting the ISF reflects the success of their strategic partnership and ensures support to the ISF’s continued efforts to ensure ISIS can never again threaten Iraq’s stability.