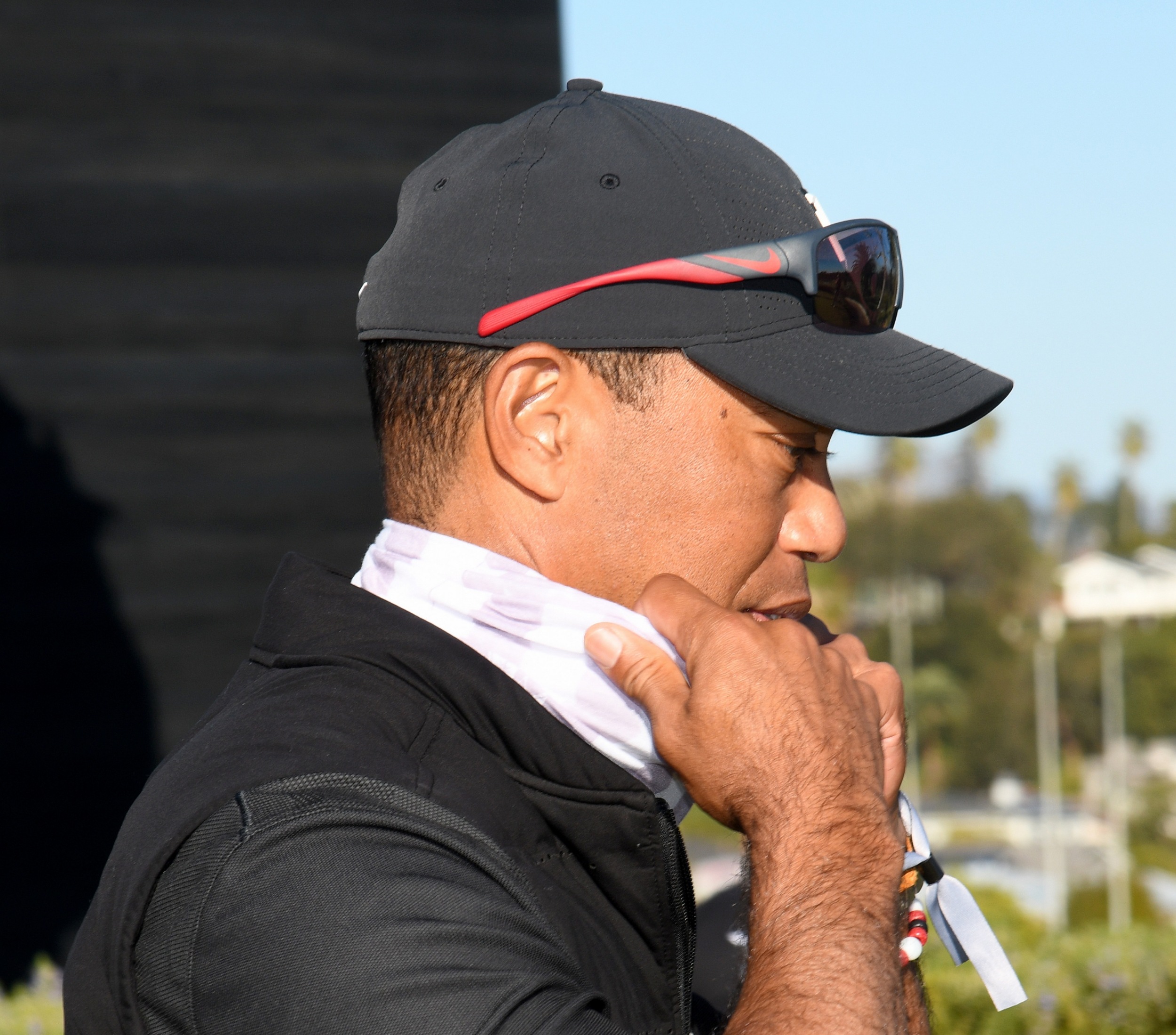 Tiger Woods popped up on Instagram on Monday as a Florida girl who is fighting cancer posted a photo of herself with the golf superstar after meeting him at a soccer park.

Woods, who suffered severe leg injuries in a one-car crash in California in February, was on crutches with a compression stocking but no walking boot on his right leg.

The photo was posted by 10-year-old Luna Perrone, who calls herself in her Instagram profile “One tough girl battling Ewing’s Sarcoma (rare bone cancer)” and a “soccer legend.”

“I got to have a quick chat with @tigerwoods this weekend when I bumped into him at the soccer fields!” Perrone wrote. “He told me to ‘stay strong’ which has always been my goal! Stay strong physically and mentally and inspire others to do the same! No matter what you are going through YOU GOT THIS!!!”

The 15-time major champion had indicated in an Instagram post in April that his recovery was coming along, but slowly.

He’d offered no further information since then — although he did tweet congratulations to old rival Phil Mickelson on his PGA Championship victory on Sunday.

Woods, who police said was driving nearly twice the legal speed limit when his SUV went out of control and rolled several times, underwent hours of surgery to repair a shattered lower right leg and ankle and was hospitalized for weeks before returning home to Florida in March.

US Ryder Cup captain Steve Stricker said last week that he hoped Woods would be well enough to serve as an assistant captain in the US v Europe showdown at Whistling Straits in Wisconsin in September.