WeedHub tells you where you can source good quality cannabis from, legally! 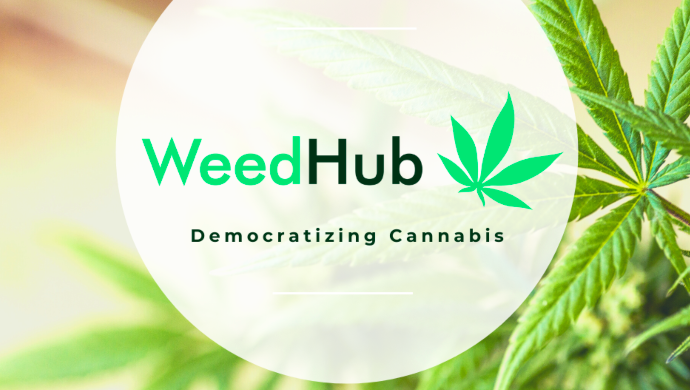 According to UN Office of Drug and Crime, cannabis is the most widely cultivated, trafficked and consumed drug worldwide. As per one estimate, the global cannabis market, which was valued US$10.6 billion in 2018, will reach US$97.35 billion by the end of 2026.

Despite the growing demand worldwide, the possession/use of cannabis is illegal/a grave crime in many countries around the world — barring a few such as the Netherlands, Canada, Jamaica, and Columbia. A call to legalise the drug, however, is gaining momentum.

Asia is not far behind in the growth of cannabis, which is expected to reach US$22.87 million by 2027 from US$2.32 million in 2019. Southeast Asia is also slowly opening up, with Thailand legalising medical cannabis and with Singapore also exploring the path.

In 2019, Goh and team decided it was time to venture into the industry and launched WeedHub out of Thailand.

WeedHub is an online directory for cannabis, which targets anyone who has smoked and/or consumed alcohol before.

“Our intention is to gather all businesses that sell or promote cannabis-based products (in this case, cannabidiol or CBD) and provide the audience with a more informed option and knowledge rather than depending on friend-of-a-friend sources,” Goh explains.

The startup was founded by Kotaro Ise and Goh, both serial entrepreneurs.

While Weedhub is a currently just a directory, the founders have bigger plans with the startup. “We will be launching our WeedHubX Accelerator in Bangkok to empower the region’s cannabis-related startups, as well as WeedHub Festival/PopUp Market, our own end-to-end e-commerce platform and more,” Goh shares.

Thailand is a growing market for cannabis. A Thaiger report says cannabis could become a major cash crop in the country and generate 8 billion baht for Thai pharmaceutical industry by 2025.

Medical cannabis has been legal in Thailand for the three years. Recently, the government also agreed to allow parts of the plant with very, low traces of the “high-inducing” component tetrahydrocannabinol, or THC, to be in medicinal products and food.

Also Read: The business of medical cannabis and how it might change in the next few years

“Thailand has relaxed its law against CBD. Nowadays, 7-11 convenience stores are selling CBD-infused drinks. As for other countries, the gamebook we are playing would be similar to how the adult industry is,” he explains.

The company’s other target markets are Cambodia, Laos, and Vietnam — where it has local partners to take care of payments, logistics, etc.

Where does WeedHub source cannabis from? “We are not ready to give the details yet as we are finalising a major deal with a public-listed cannabis company right now,” replies Goh, who also declines to share traction details.

While the industry is facing regulatory challenges, more and more countries are slowly relaxing their law against CBD usage nowadays, which is sending a positive signal.

“It is an exciting time to enter the market,” Goh says, “as cigarettes and alcohol companies are scrambling to get a foot into this exploding industry.”

A self-funded company for now, WeedHub intends to raise funds within the next four to six months. “We are in talks with several parties (non-VCs). We prefer to keep the details private for now.”

The post WeedHub tells you where you can source good quality cannabis from, legally! appeared first on e27.