IN PICS: R3m Porsche goes up in flames 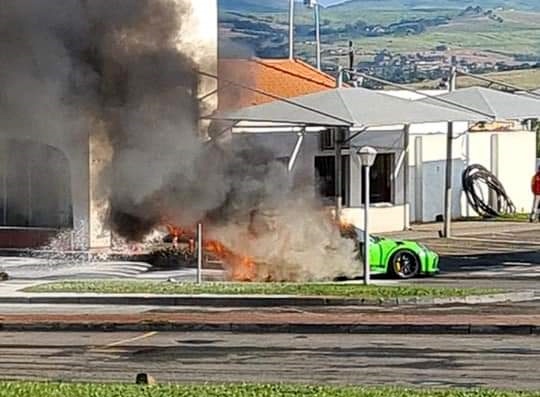 A R3 million Porsche has a bit more than cosmetic damage after it caught fire at a petrol station in KwaZulu-Natal (KZN) on Sunday morning.

The owner of the Porsche watched from the sidelines as his vehicle went up in flames at the Mvoti Shell Ultra City according to NARI.

While no injuries or victims were involved in the incident, the cause of the fire remains unknown at this stage. Recently a Ferrari 458  Italia was found engulfed by flames on the M4 Highway near Umhlanga.

According to Tammy Gove, from Crisis Medical, no one was injured in the incident.