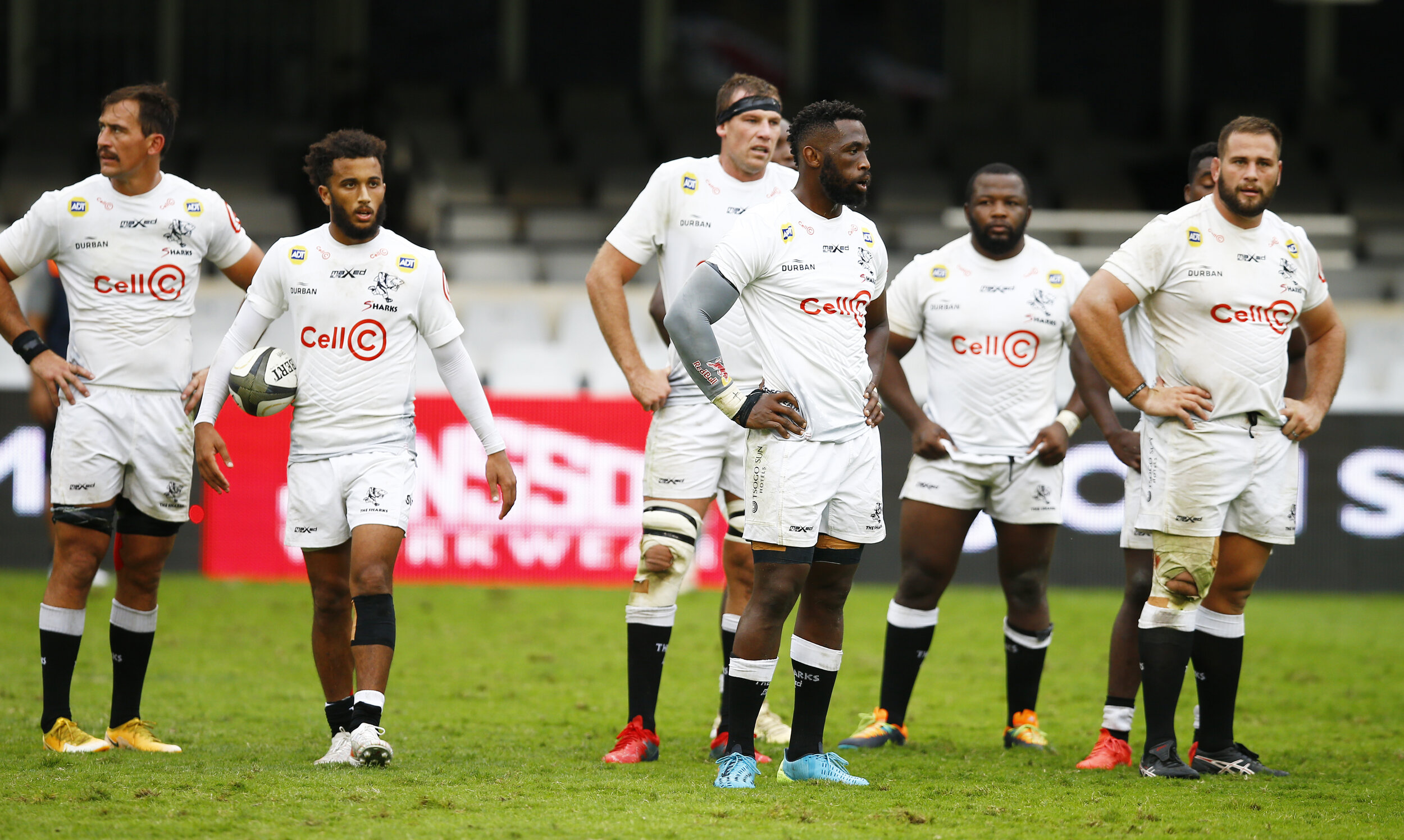 When Sharks coach Sean Everitt loans out most of his starting line-up to the Springboks this week, it will give him the chance to work with the players who are likely to play for the bulk of the rest of the year.

But it also gives him an opportunity to fix the problems that were evident in their weekend loss to the Stormers.

This is a bye week for the South African teams in the Rainbow Cup and the Springboks will be holding an alignment camp.

Then the stars will return for the last two weeks of the competition, in what has now become a three-horse race for a place in the 19 June final against the European winners.

This follows the Sharks’ weekend loss to the Stormers and the Lions upstaging the log-leading Bulls.

“Playing local derbies four weeks in a row has been really tough and it takes a toll physically,” Everitt said after his side’s 22-25 defeat at Kings Park.

“The guys deserve some rest and we’ll now have a week to work hard on the larger squad, get them ready for the Currie Cup. It’s a good opportunity for me to work closely with them, make sure they are ready to rock ‘n roll.”

Everitt reflected on the defeat by saying: “Losing two in a row won’t give me sleepless nights, but I’ll be pondering how to fix the problems. And I’m not worried because the problems are fixable; if there was a lack of effort, enthusiasm or energy then we would be in trouble, but you can’t question the effort of the team, they worked hard and gave everything against a very powerful Stormers pack.”

The Sharks intimated that they would rather have taken on the Stormers with the sun out, instead of the overcast, wet weather which forced them into an arm-wrestle against one of the better packs in the competition.

“The Stormers always try to slow us down, we scored tries from quick lineouts and quick taps in Cape Town, that’s a part of our game and we got reward for that in our last match against them,” Everitt said.

“We want to play a fast tempo of rugby but it was difficult in these conditions, especially late in the second half, when it rained quite hard. We had dominance for the first 30 minutes and for patches in the second half.

“But the lineout is a massive source of possession and a big contributor to the number of tries you score. We did really well in the first half, but we were under the pump in the second half, the Stormers have three really good jumpers, some really tall timber. So there’s a lot of hard work ahead on that, that’s the main area that let us down, while we also had lapses in defence.”