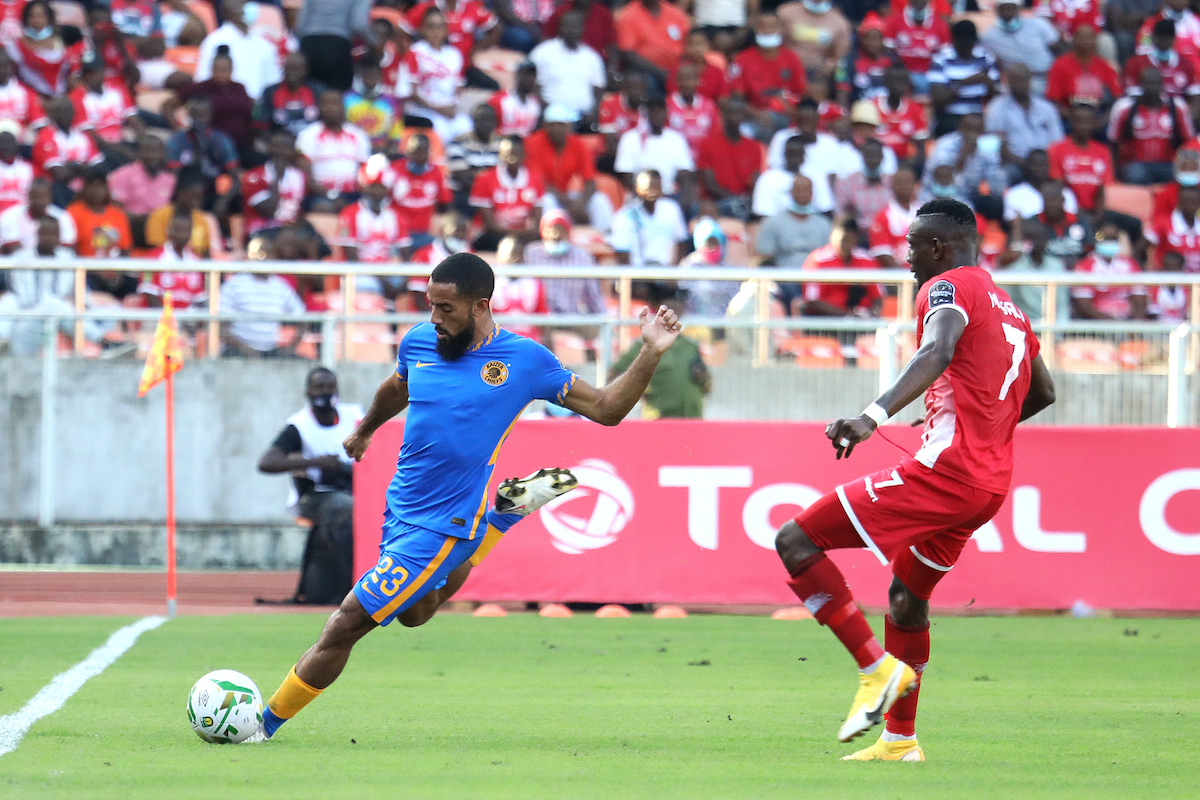 In the end, it was just as well Amakhosi won the first leg 4-0.

The big home win was thought to be a comfortable  cushion for Kaizer Chiefs going into the second leg of their Caf Champions League quarterfinal against Simba SC in Tanzania. But boy, oh boy were they also close to being upended at Benjamin Mkapa Stadium on Saturday afternoon.

The Soweto side, however, managed to survive and get away with a 4-3 aggregate win to advance to the semifinals as the final South African representative in this season’s Champions League.

Simba started at a high pace but in their haste couldn’t play the right balls when approaching the final third. And Chiefs also didn’t make it easy as they pushed forward with some venom.

In fact, it would be difficult to see who was home and who was away in the game as Amakhosi played like they need to win the game to advance, while a draw was enough.

They came close to a goal in Ythe 13th minute when a cross from the right found Leonardo Castro, but the lanky forward couldn’t get his header on target. A few minutes later, Lebogang Manyama went on a good run but couldn’t get his cross right after making his way the Simba box.

With Chiefs dominating the play and focusing in attack, they were left exposed at the back and Simba took advantage. They were caught flat-footed at the back in the 23rd minute and John Bocco put Simba ahead, shifting the pressure back to Amakhosi.

The goal inspired Simba and they repeatedly got into good places but found Bruce Bvuma – who would have heard of his Bafana Bafana call-up just before the game – wanting to prove Hugo Broos right. The 25-year-old keeper pulled off some big saves including one in a one-on-one situation.

Amakhosi survived some nervy moments towards the end of the half as Simba wanted to halve the job before the break, and set themselves up for a comeback that would have been miraculous. Former Orlando Pirates attacker, Bernard Morrison earned himself a yellow card in the last minute of the first half after jumping in front of Frosler and diving, trying to get a penalty.

Three minutes after the restart, Amakhosi came close to finding an equaliser. Another of Frosler’s special crosses found Castro but his header went just wide.

Then a defensive blunder by Chiefs saw a ball crossed from the left pass through two defenders before it fell on front of Bocco who easily tapped in for his second on the day.

Right after that, Gavin Hunt resorted to a more defensive approach, taking off Samir Nurkovic – who had a rather quiet game – and Manyama and replacing them with Willard Katsande and Akumu Agay. The changes however did little to stop Simba who went on attack one after the other.

Things got even tenser for Amakhosi with four minutes to the end when Clatous Chama made it 3-0, meaning Simba needed one more goal to force the game to penalties. But Amakhosi held on for a big and memorable win.