Rhodes Will Stay: College reneges on removal of racist’s statue 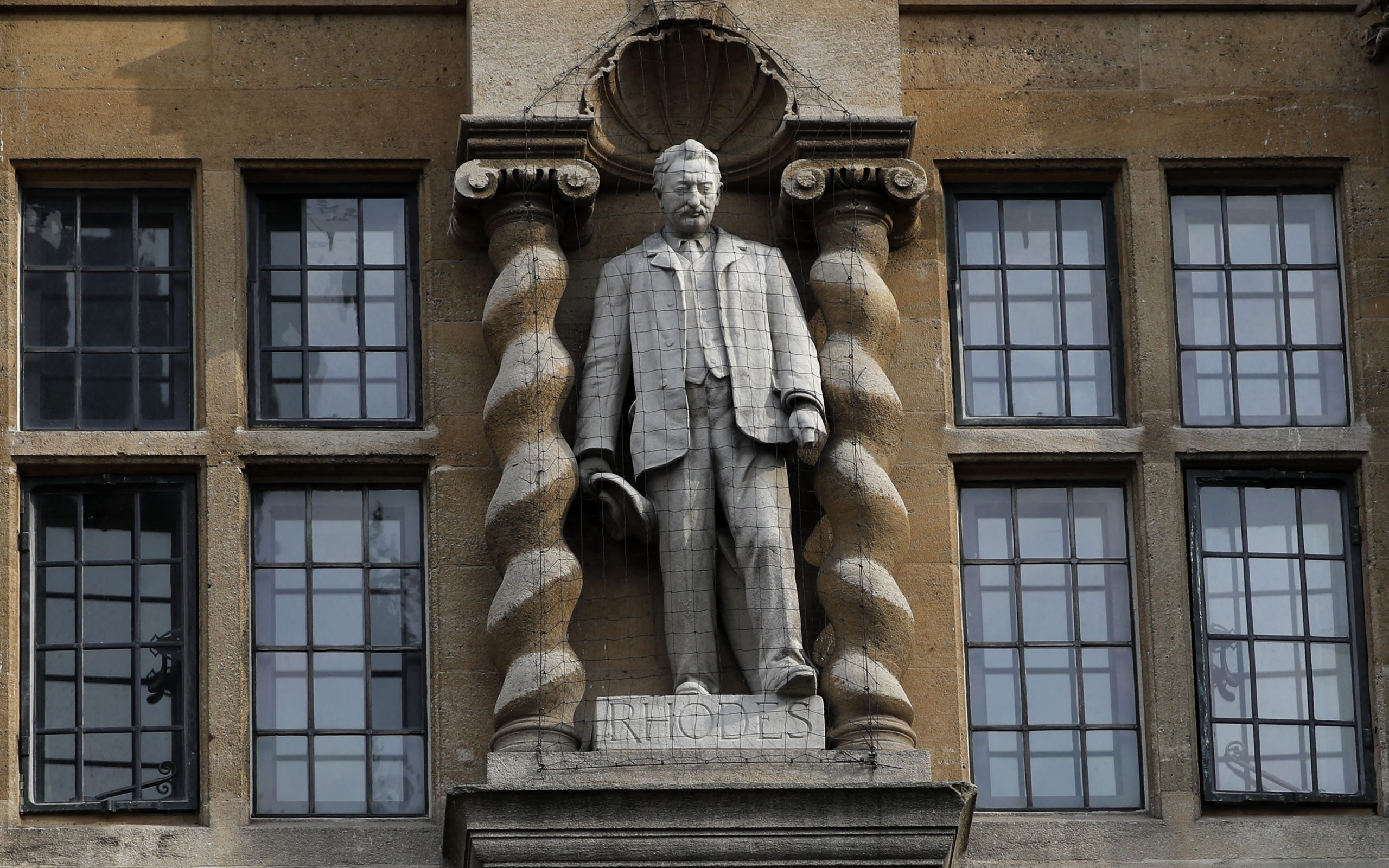 An Oxford University college said Thursday it will not take down a controversial statue of the 19th-century colonialist Cecil Rhodes, despite having backed its removal.

Oriel College voted last year in favour of removing the statue but said it would now not do so due to “regulatory and financial challenges”.

“In light of the considerable obstacles to removal, Oriel’s governing body has decided not to begin the legal process for relocation of the memorials,” it added.

The four-year campaign to remove the statue was reignited by the global explosion of Black Lives Matter demonstrations last year, following the killing in the United States of African-American George Floyd by a police officer.

It followed a similar protest — “Rhodes Must Fall” — against a statue of the colonialist at the University of Cape Town (UCT) in South Africa.

The UCT Council decided to remove the statue from its upper campus in April 2015 after pressure from the Rhodes Must Fall movement through weeks of protests.

Before the statue was removed, attempts were made to cover the statue using black refuse bags and tape. “It has been a careful, finely balanced debate and we are fully aware of the impact our decision is likely to have in the UK and further afield,” said Oriel’s provost Neil Mendoza.

“We understand this nuanced conclusion will be disappointing to some.”

The “Rhodes Must Fall” campaign called the decision a “slap in the face”.

“No matter how Oriel College might try to justify their decision, allowing the statue to remain is an act of institutional racism,” it said in a statement.

“The morality of the decision of whether to remove the statue… has been subsumed into a cost-benefit analysis, one that does not take into account the human cost of letting the statue remain.

“Pretending that this is a choice made due to financial costs is a slap in the face with the hand of white supremacy,” it added.

The college, which was founded in 1326, will instead focus on “improving educational equality, diversity and inclusion amongst its student cohort and academic community,” it added.

An independent commission, established to consider the legacy of Rhodes, backed the college’s original wish to remove the statue.

But more than 500 students, alumni and members of the general public sent letters calling for it to stay in place.

Education Secretary Gavin Williamson tweeted that the decision was “sensible & balanced”, adding “we should learn from our past, rather than censoring history, and continue focussing on reducing inequality.”

The commission filed its report earlier this month after a 10-month study.

The report acknowledged “the considerable planning and heritage considerations involved in the removal of the statue which is situated on the college’s Grade II listed High Street building.

“Removal of the statue would be subject to legal and planning processes involving the City Council, Historic England and the Secretary of State for Housing, Communities and Local Government,” it added.

Campaigners had also demanded changes to the Rhodes scholarship, which has been awarded to more than 8,000 overseas students to study at Oxford University, since 1902.

Rhodes — a white supremacist like many builders of the British empire — gave his name to Rhodesia — now Zimbabwe and Zambia — and founded the De Beers diamond company.

He studied at Oxford and left money to Oriel College after his death in 1902.