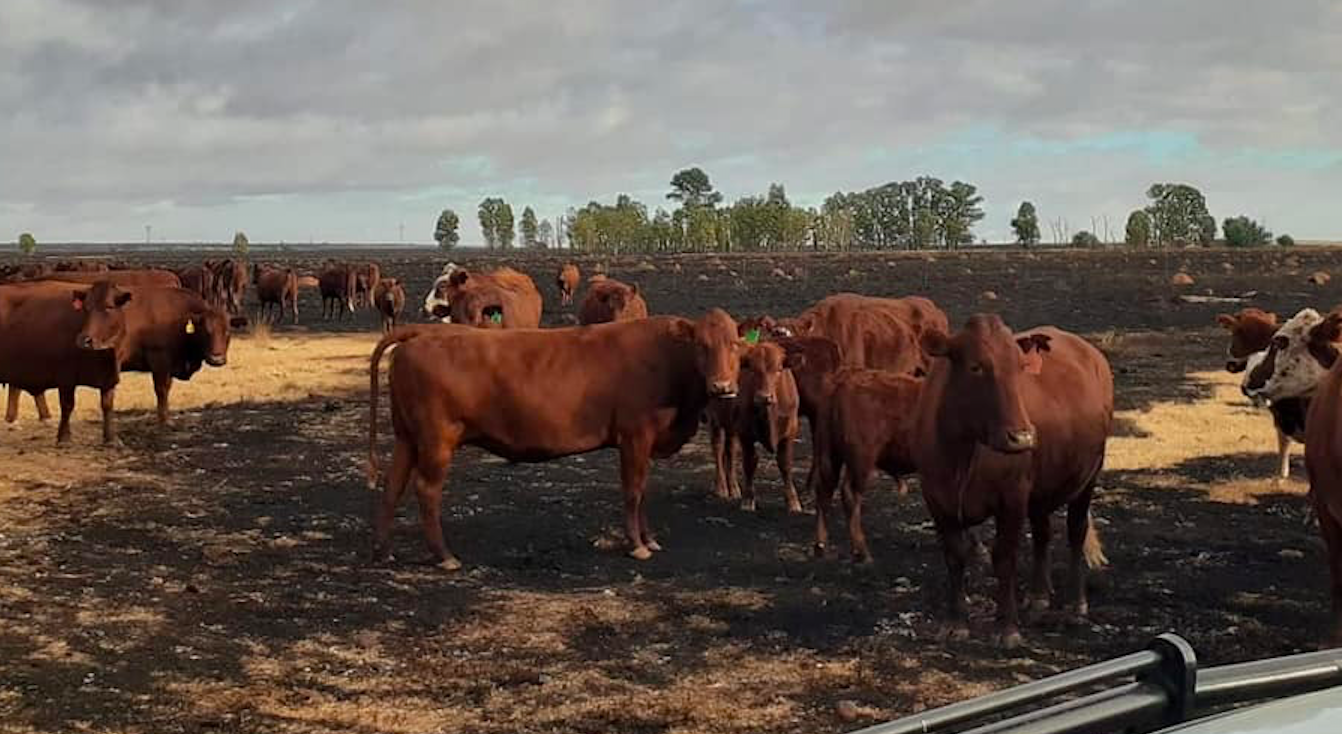 A number of livestock and game were burned to death on Thursday after a veld fire in a Free State farming town destroyed 30,000 hectares of land.

According to Free State Agriculture (FSA), approximately 7000 sheep are also now without grazing.

Jack Armour, commercial manager for FSA, said strong winds made it difficult to control the fire, which was finally extinguished on Thursday night.

“We can confirm that the biggest needs at present are feeds for sheep for the various farmers who have lost all their grazing. As it is lambing season and many sheep have been burned, special formulas must also be provided for the lambs.”

“A thorough assessment of the damage and losses will be done over the weekend and will be discussed with affected farmers during a meeting in Boshof next week,” Armour said in a statement.

Those who wish to assist relief efforts can do so by donating to the FSA’s disaster fund using the details below: