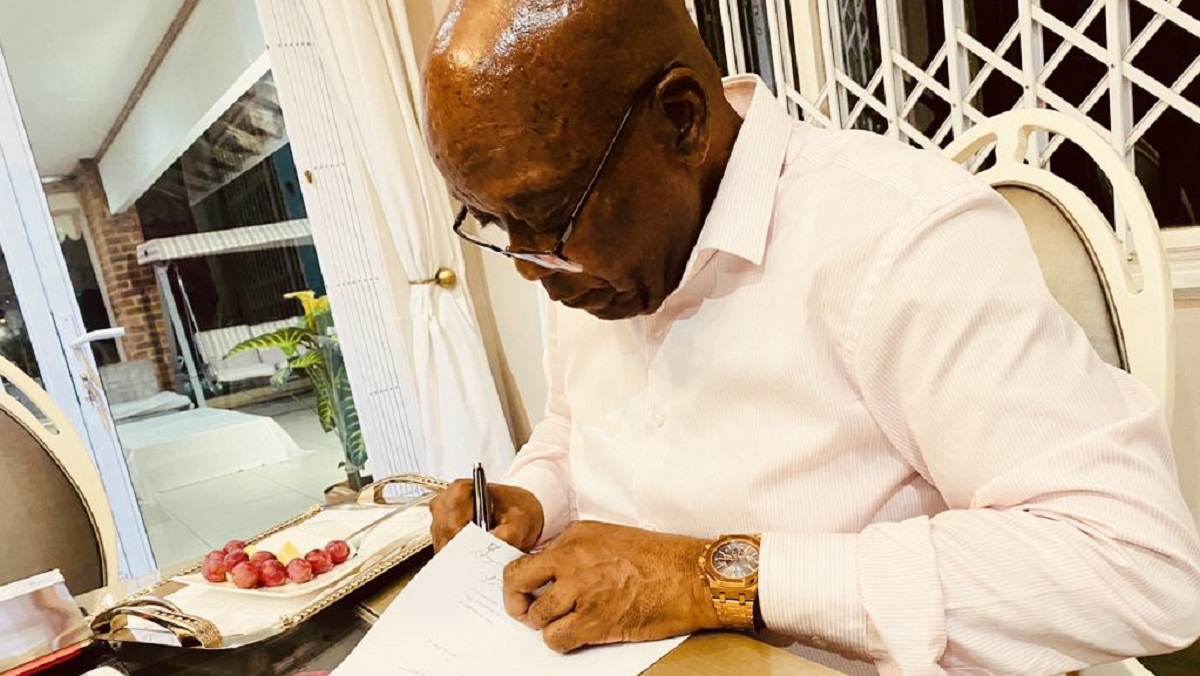 The protracted case against Zuma and French arms manufacturer Thales was postponed to 26 May 2021 on Monday after judge Piet Koen gave the former president’s new legal team until Wednesday to file an affidavit outlining their reasons for demanding Downer’s withdrawal from the case.

Zuma’s lawyer, advocate Thabani Masuku, also told the High Court in Pietermaritzburg his client would plead not guilty when the trial resumes next week.

Zuma’s daughter Duduzile Zuma–Sambudla on Wednesday evening shared pictures of her father on Twitter signing his affidavit in preparation for the trial. But, it was unclear whether the papers had been filed in court in line with the deadline.

@PresJGZuma signed his Affidawit and Plea in preps for his trial. All hands on deck. The Long Awaited Trial Begins ???????????? pic.twitter.com/udIpX3Qy10

The former statesman and Thales are on trial over the controversial multibillion-rand arms deal struck back when Zuma was KZN’s MEC for Economic Development, in the 1990s. He is facing 16 counts – including fraud‚ corruption, money laundering and racketeering – while Thales is facing four counts.

NPA spokesman Sipho Ngwema said this week they were ready for trial and all its 217 witnesses were ready to testify.

The NPA has defended Downer saying he has worked on the arms deal case for more than two decades. He prosecuted Zuma’s former financial advisor Schabir Shaik on the same matter.

Among the allegations is that Zuma received an annual kickback of R500 000 – paid through Shaik – in exchange for shielding Thales from an investigation into the deal and he is said to have accepted a total of 783 dodgy payments from the company.

In June 2005, the High Court in Durban found Shaik guilty of corruption and sentenced him to more than 15 years in jail. However, he was later released on medical parole in March 2009.

Speaking to his supporters outside court after his case was postponed, Zuma called on the NPA to apply the rule of law “properly” in the corruption case.

Zuma alleged that there were some prosecutors conspiring against him and said the case is politically motivated.

“I don’t want to say much right now because we will say a lot in court when we return. This case is not fair and it has people who were conniving with law enforcement agencies, swearing at me, and yet they are in charge of the case,” he said.

READ NEXT:  NPA ‘not happy’ after Zuma trial postponed again