OPINION: President Ramaphosa, why are you ignoring Palestine’s rockets? 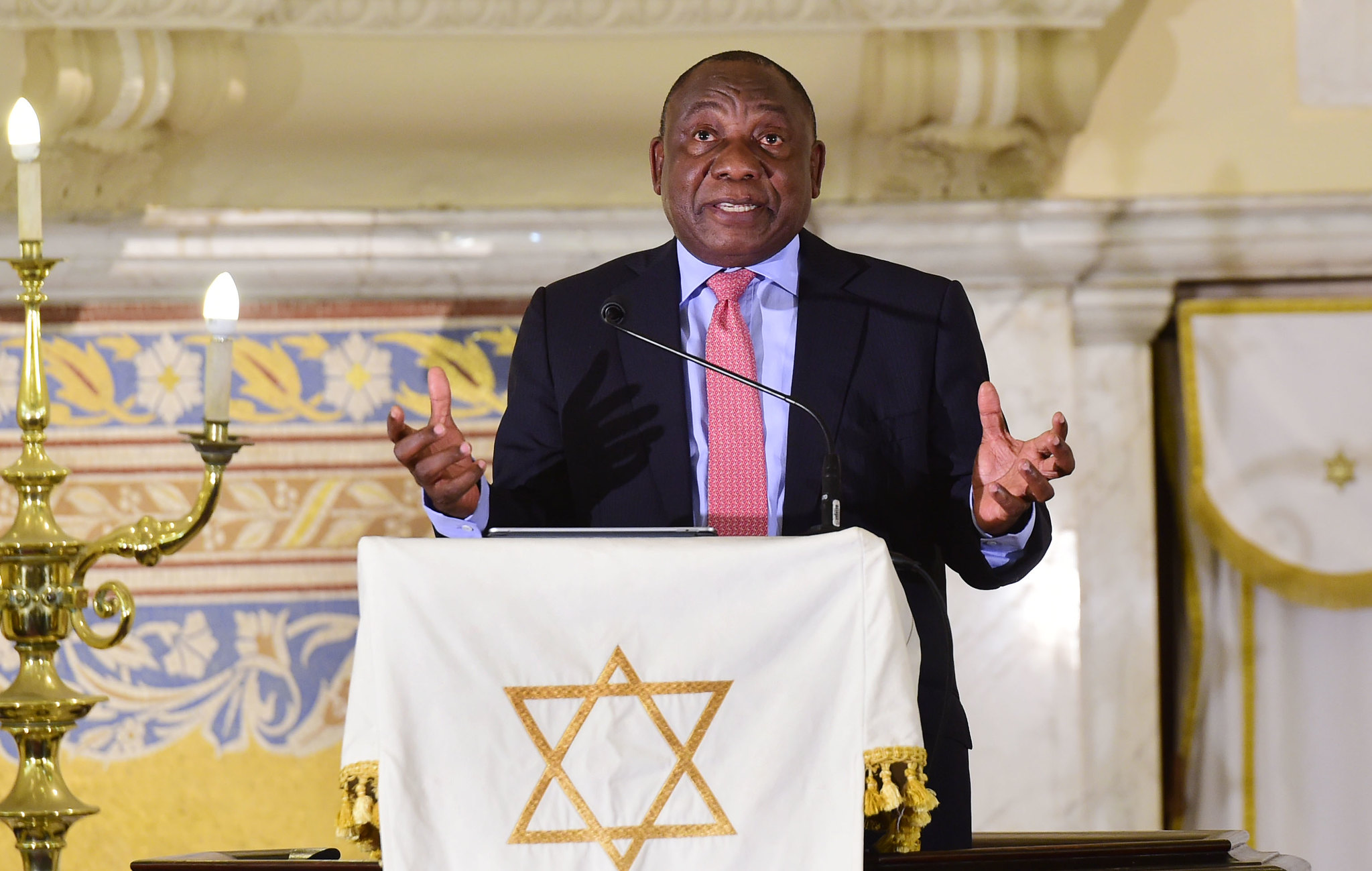 In your letter earlier this week you reassured us that, “as South Africa we are committed to being part of international efforts aimed at reviving a political process that will lead to the establishment of a viable Palestinian state existing side-by-side in peace with Israel, and within internationally recognised borders“.

We would be delighted if this was truly the intention of our government.

Our experience of South Africans and our transition to democracy places us in an ideal situation to make a valuable contribution towards finding peace in this region.

We, as South Africans, have such an important story to tell, as well as experience in resolving difficult issues.

However, your letter and government’s statements in the past weeks are negating any possible role for us to play.

Sadly, this is a wasted opportunity. To be a facilitator for peace one needs to understand the situation from both sides.

In your letter, you fully apportion blame against the Israelis, neglecting to mention the over 4000 rockets have been targeted against Israeli citizens in the past week from Hamas in Gaza.

The murderous intention of these rockets into densely populated civilian areas in Israel cannot be overstated.

South Africa has contributed to peace building in so many international conflicts including many on our continent, yet these same principles you fail to bring to the Israeli-Palestinian situation. Why is that?

We too yearn for a two-state solution, and are frustrated that our government is not making any attempt to assist the parties in finding resolution.

No government can play a role when they have no first-hand knowledge of the situation on the ground. Our government has no envoy in the region and no ambassador in the country. Perhaps that would explain the multiple factual inaccuracies in your letter.

Your letter also refers to our democratic transition as “a lesson about the power of empathy, negotiation and compromise“. We endorse this fully.

Your one-sided perspective is not congruent with these values.

The one-sided portrayal of the current Palestinian-Israeli conflict is inflaming the situation in  the streets of our country, pitting fellow South Africans against each other and making it difficult for our citizens to live together in harmony.

As you rightly say, negotiation is pivotal in finding a way forward to a two-state solution.

South Africa could, and should, play such a meaningful role in bringing the parties to the negotiating table, already having the ear of Fatah and Hamas.

All our government would need to do is to gain the trust of the Israeli people. You cannot do this while demonising the country, as you have in your letter.

Using the provocative and divisive language that you have, will not lead to a peaceful solution. Rather, it will just serve to push the parties apart.

You talk about compromise but this is only possible when both of the warring parties sit together and negotiate their own way forward. Once again, we call on our government to use its expertise in this matter and act as an honest broker.

Indeed, every conflict has to end around the table. The SA Jewish Board of Deputies (SAJBD) would be disappointed if our president has lost this opportunity.

Kluk is the president of the SAJBD