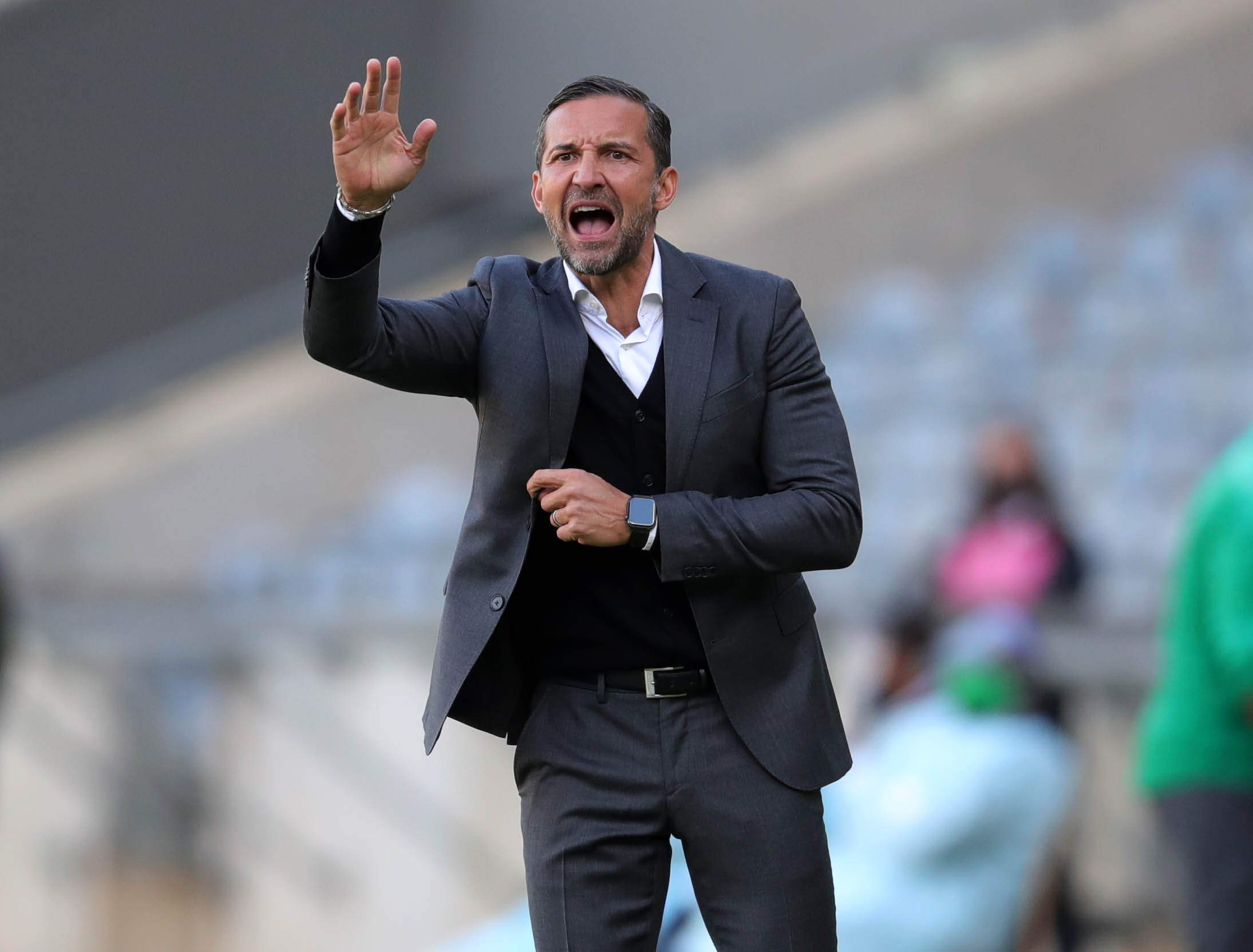 “For me, two top teams face each other again on Sunday and we are looking forward to the game,” said the German mentor.

With Raja Casablanca having scored an away goal during their clash with Orlando Pirates which finished in a 1-1 draw at the Orlando Stadium last weekend in the first leg of the quarter-finals of the Caf Confederation Cup, Bucs head coach Josef Zinnbauer says the North Africans have an advantage going into the second leg.

Raja’s Ben Malango of DR Congo cancelled out Vincent Pule’s earlier strike in the game, leaving the game to end in a draw and giving Raja the hope of wrapping the tie at home.

Still though, the Pirates German born coach doesn’t believe it’s all over for the Soweto giants with the teams set to meet again for the return leg in Casablanca, Morocco on Sunday.

“In football you have all the possibilities (to win, lose or draw). For us it’s better to win a game at home, it’s clear, don’t concede (at home),” said the Pirates coach.

Looking at the first leg, Zinnbauer believes the game was fairly balanced as both teams didn’t sit back, and he is anticipating the second leg to be the same.

“Raja was better, like us, it was a good game, top level. For me, my team worked well, Raja also. Both teams went forward and wanted to score,” he added.

“For me, two top teams face each other again on Sunday and we are looking forward to the game. We know they are a big team. We are going to play in a big stadium and we will work on it.”

Going into the second leg, the Buccaneers will have to be much more careful of the dangerous Malango, who has scored 13 goals in all competitions for the Greens.

The Congolese striker will be more confident going into the return leg after he was named Raja’s player of the month for April.

Pirates, meanwhile, will be hoping their key player Thembinkosi Lorch is back to full fitness after returning from injury in the last game and help Bucs get a positive result away from home.