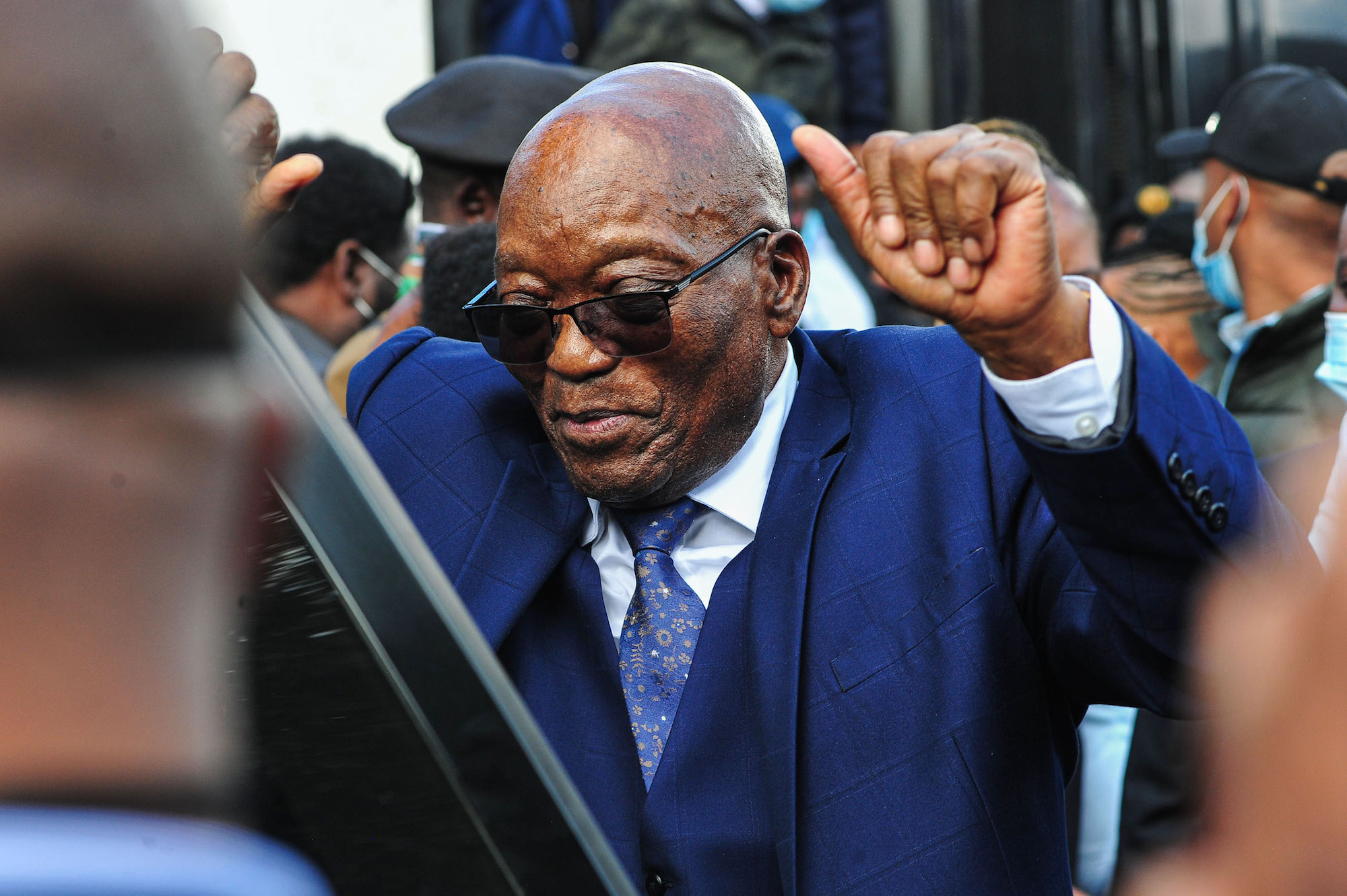 Jacob Zuma has managed to kick his corruption trial into touch for now with an 11th-hour bid to get state advocate Billy Downer booted off the case.

But legal experts say it looks as though the embattled former president is grasping at straws.

The much-anticipated trial – 18 years in the making – was to start in the KwaZulu-Natal High Court in Pietermaritzburg on Monday.

But it was postponed to next week, after the court heard Zuma planned to move a special plea challenging Downer’s authority to prosecute the case.

The court precinct was ahive of activity on Monday with Zuma supporters out in their numbers.

Zuma’s son, Duduzane Zuma, seemed to be pushing for finality in the drawn-out case.

“It’s getting to a point where this case either starts or it ends,” he said.

During the hearing, Zuma’s advocate, Thabani Masuku, was also adamant his client was ready to proceed to trial.

Zuma and his former legal team, attorney Eric Mabuza and advocate Muzi Sikhakhane, recently parted ways and he now has Vryheid-based Mondli Thusani as his instructing attorney and has reinstalled Masuku, who represented him previously, as lead counsel.

“He’s already been ready to proceed with trial,” Masuku told the court on Monday.

“It should never be regarded that our plea that we intend to raise is a sign that we are not ready. We are ready.”

He even went so far as to confirm the former president had already prepared a not guilty plea. But the National Prosecuting Authority (NPA) was clearly unmoved and spokesman Sipho Ngwema didn’t mince his words.

“It’s something we’re not happy with,” he said.

He emphasised the state was ready to proceed to trial.

Zuma previously tried to move for a permanent stay of prosecution, but was ultimately unsuccessful and Ngwema said they hoped the special plea was not an attempt at another bite of the cherry “through the back door”.

When it came to whether there was any merit to Zuma’s special plea, Ngwema pointed out that the state had not yet had sight of the supporting papers.

But on the face of it, he seemed to suggest the move appeared unfounded.

ALSO READ: You see, State Capture is just a conspiracy – it never happened

“Billy has been a member of the NPA for many years … They have been dealing with him on this case for the past two decades,” he said.

Criminal law expert Dr Llewellyn Curlewis on Monday said special pleas were only successful in very specific cases and he wasn’t convinced in this case.

“I think it is a very opportunistic – or even idealistic – special plea they intend to raise,” he said.

Advocate Paul Hoffman, head of Accountability Now, said whether Downer had the authority to prosecute the case was a factual question.

“I presume Mr Zuma intends to produce some proof that he doesn’t have it, but I don’t know how he’s going to get that right. He may be taking the point somewhat late and may actually be barred from taking it.”