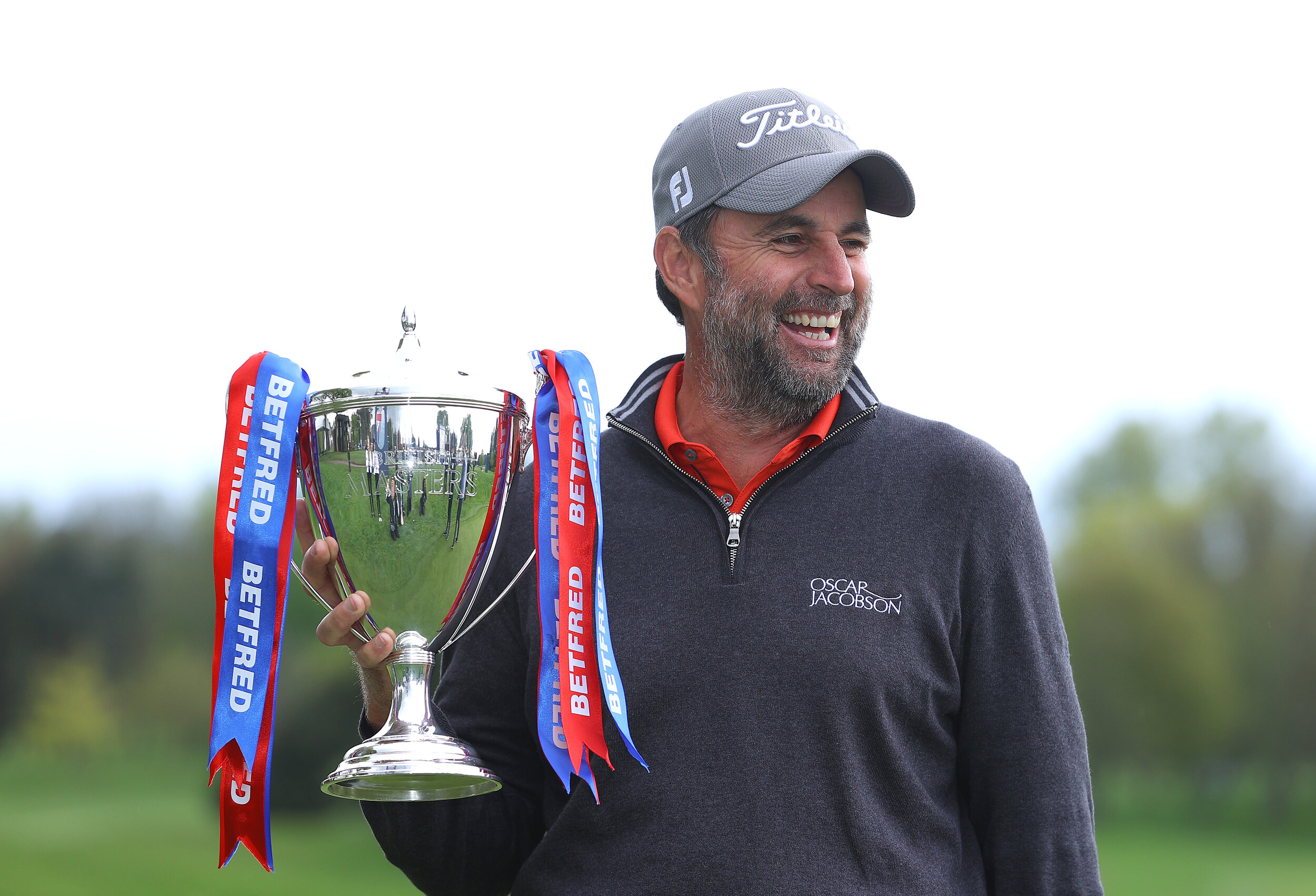 Richard Bland become the oldest first-time winner in European Tour history as the Englishman beat Guido Migliozzi in a play-off to clinch the British Masters title on Saturday.

Bland landed his maiden Tour title at the 478th attempt after he parred the first extra hole at The Belfry while Migliozzi three-putted from long range.

The 48-year-old carded a superb final round of 66 to set the clubhouse target on 13 under par.

“It’s probably going to take a few days to sink it. It’s what I’ve worked for for 20 years. I’ve had a few close calls and I assume someone up there was looking down on me quite favourably today,” said Bland.

“A big incentive for me this year was to get to 500 events and this will allow me to do that, which I’ll be hugely proud of.”

Birdies on the 15th and 16th gave Migliozzi a share of the lead and he then found the green in two on the par-five 17th, but the Italian missed from five feet for birdie after lipping out from long range for an eagle.

Migliozzi’s tee shot on the 18th plugged in the wet grass on the edge of a bunker.

After receiving a free drop, the 24-year-old hit his approach into a greenside bunker and got up and down to force extra holes.

It wasn’t enough to stop Bland making history on a dramatic final day.

England’s Eddie Pepperell had taken a one-shot lead into the final round but the 2018 champion could only manage a closing 73 to fall back into a tie for 11th with tournament host Danny Willett.

Scotland’s Robert MacIntyre, the top-ranked player in the field, held a share of the lead after birdies on the second and third.

The world number 45 eventually signed for a 71 to finish joint eighth with compatriot Calum Hill and Edoardo Molinari.

Bland admitted that the lowest point of his career came when he lost his card in 2018, a situation exacerbated by his brother Heath suffering from a life-threatening illness which saw him placed in an induced coma for a month at the start of the year.

“This is one for him as well,” Bland added. “It took a lot of guts for me to go back to the Challenge Tour at 46 years old when you’re probably old enough to be most of the guys’ father.”