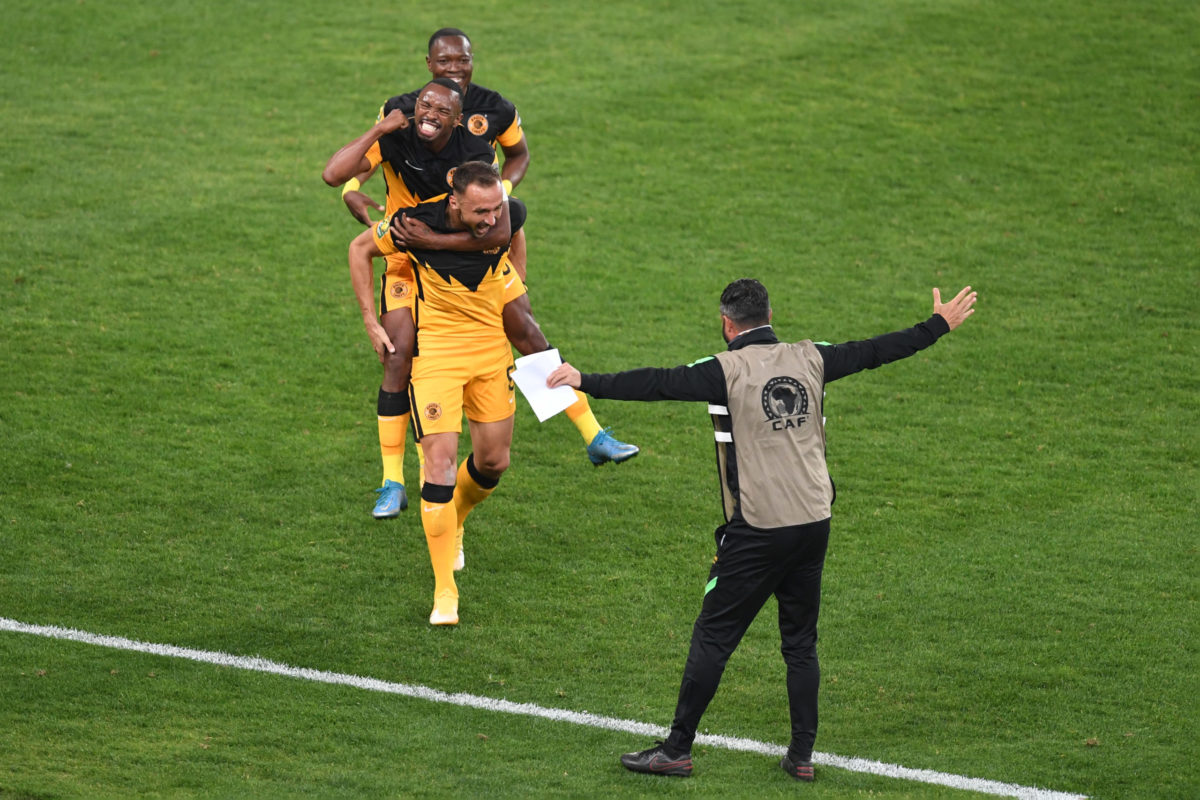 Now Amakhosi are in a great position to advance to the semifinals as they just need to play for a draw away in Tanzania.

Could Kaizer Chiefs end their trophy drought by winning the biggest of them all? Well, that’s the main question after Amakhosi turned on the heat and thrashed Simba SC 4-0 in the Caf Champions League quarter finals first leg at FNB Stadium on Saturday evening.

Si Amakhosi started well and looked sharper than they’ve been all season.

Five minutes into the match, Lebogang Manyama was set through on goal by Dumisani Zuma with a clever back heel. But Manyama tried to round up an advancing Simba keeper, and pushed the ball a little too hard and it went out.

But from the resultant corner kick, defender Erick Mathoho put Amakhosi in front with a well-taken header. It was the start they would have been looking for as it would unsettle their opponent.

But Simba were not going to sit back and also had a good chance in the 11th minute, but their striker shot wide after managing to bulldoze his way past Bernard Parker and. Mathoho.

From then on it was Simba who pressed, with Amakhosi coming out only in quick counter-attacks. And while Simba did more attacking, it was the home side who looked threatening when in attack.

Samir Nurkovic extended Amakhosi’s lead with a brilliantly taken header from a Reeve Frosler cross in the 34th minute. But they were again forced into an early change, with Dumisani Zuma unable to continue after colliding with a Simba player. Leonardo Castro took his place.

Simba came close to getting one back in the 40th minute after managing to find space behind the Amakhosi defence, but Bvuma was quick off his mark and dealt with the danger.

Amakhosi came back more confident for the second half and attacked more. They were rewarded just a little over 10 mintues after the restart. Manyama took on the Simba defence, getting past two and set up Nurkovic who blasted it into the net to make it 3-0.

Manyama was again the provider in the 63rd minute, this time his inch-perfect cross was headed in by Castro.