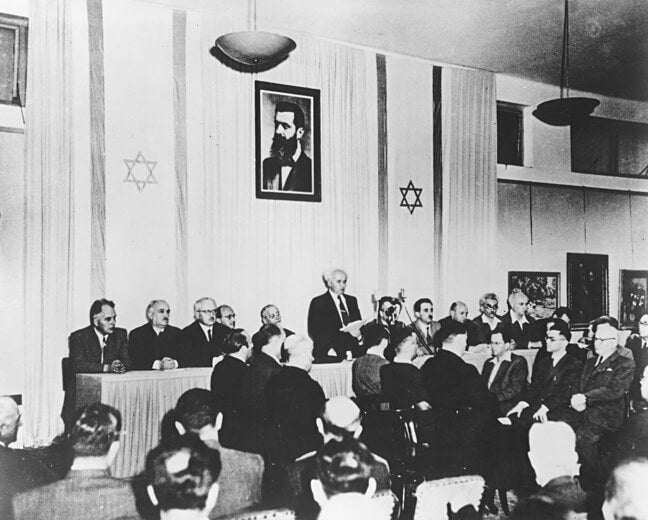 
Israel declared its independence during the War of Independence, which broke out following the rejection of the United Nation’s Partition Plan (Resolution 181 of the General Assembly, adopted on November 29, 1947), by the Arab states and the (Palestinian) Arab Higher Committee. The war ended in January 1949. On May 14, 1948, at Beit Dizengoff in Tel Aviv, the Declaration of the Establishment of the State of Israel (Israel’s Declaration of Independence) was read aloud and signed. 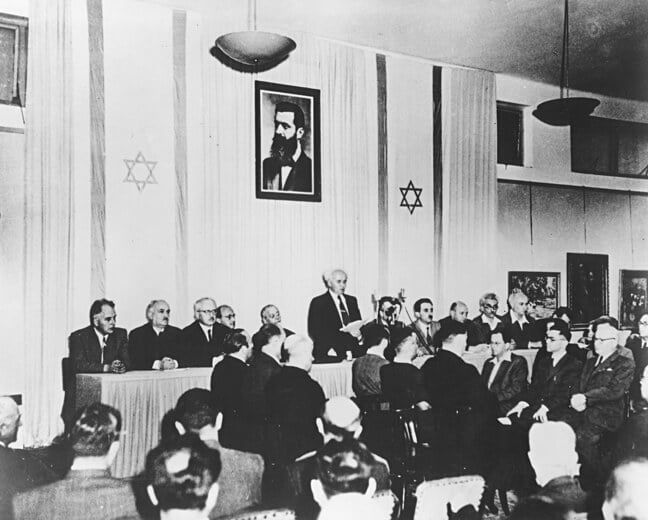