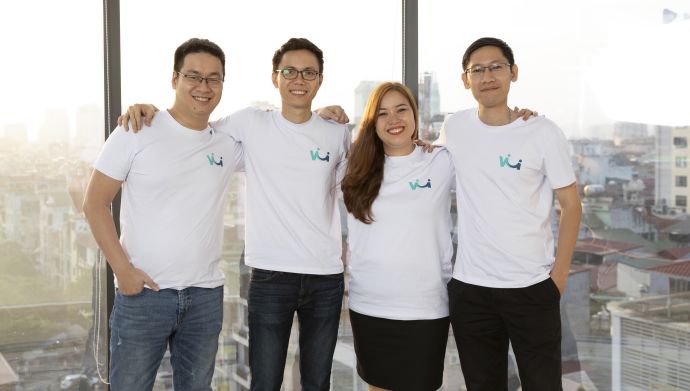 For Vietnamese wageworkers living from paycheck to paycheck can lead to financial distress due to sudden expenses. This further leads to debt traps of microloans with near to 300-500 per cent year interest rates just to make ends meet.

The six-month-old company empowers low-income workers to access earned salaries anytime and anywhere to take care of daily expenses without having to wait until the next payday.

Through its payroll app called VUI, workers can not only get their pay before payday but through it they can also keep track of work attendance, announcements (from the company), and learn basic personal financial management concepts– for free.

As of now, the company claims to serve more than 20,000 employees from employers in Vietnam including GS25, LanChi Mart, and Annam Gourmet.

In a press statement, Chi Phan, the CEO of LanChi Mart, said “On-demand salary via VUI is an obvious idea and practical HR initiative that LanChi team is pleased to roll out to our employees as a new voluntary benefit. VUI provides a much-needed financial lifeline from LanChi to our employees, keeping the employee morale up during the pandemic and reducing attrition rates post-Tet,”.

“Given the ubiquity and acuteness of the cashflow mismatch problem for the working people, more frequent payroll is not only good for low-income workers but also a tactical yet underappreciated initiative that employers could deploy to stand out in the labour market. This model also eliminates the need for black market credit at small ticket sizes,” Dang added.

The employer-sponsored salary advance model has been adopted by thousands of employers in the US, Europe, and Latin America.

Walmart, the largest retailer globally has adopted this solution since 2017 for their 1.4 million workforces with over US$300 million of bottom-line impact annually.