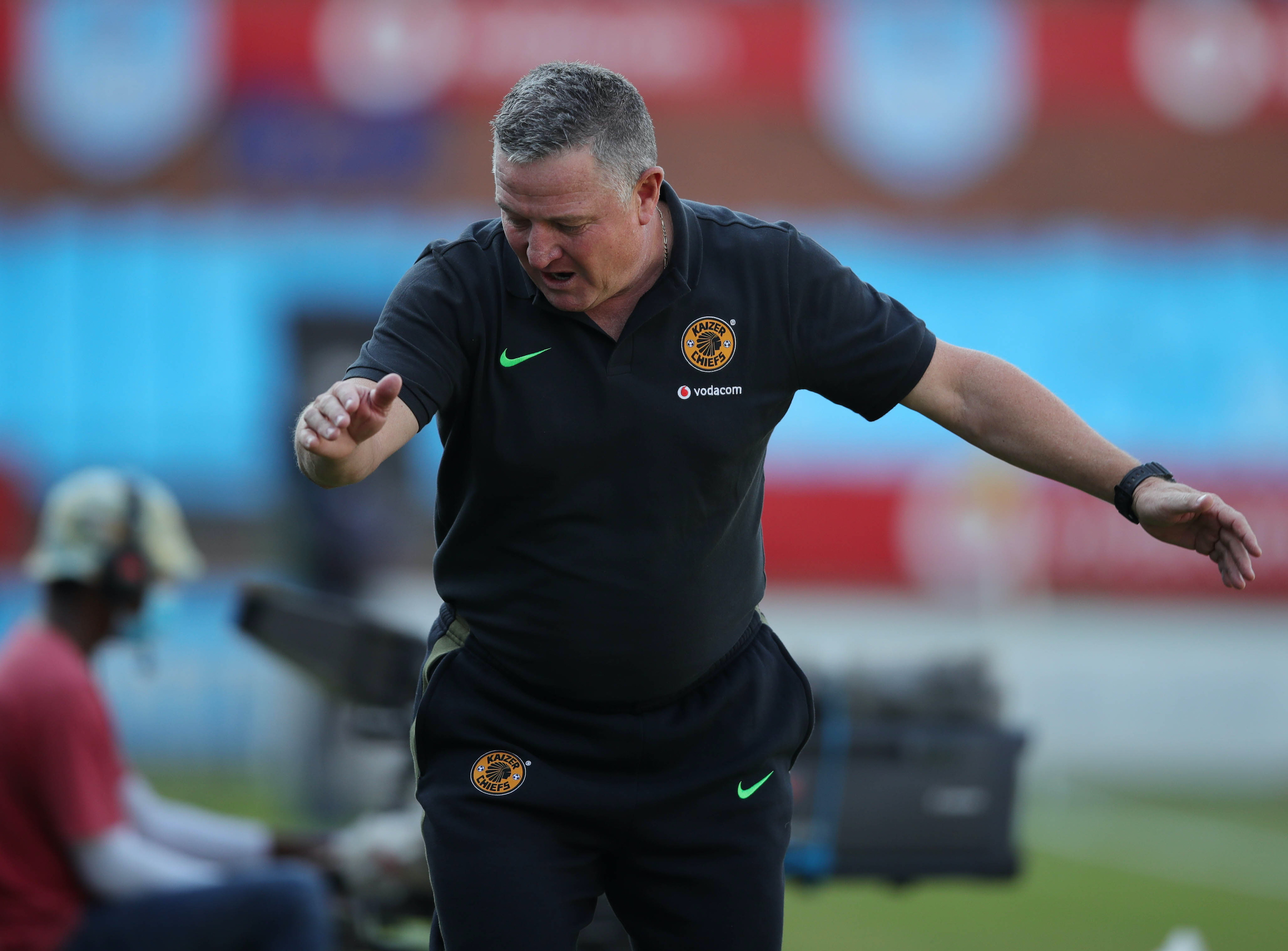 “I haven’t heard anything yet. I’m not on social media anyway, so I don’t know what’s going on,” said Hunt.

Gavin Hunt was again adopted his evasive approach to questions in the post-match media conference after his Kaizer Chiefs team were held to a 1-1 draw at home by Soweto rivals, Swallows FC.

There was not one question that Hunt showed interest in while answering and kept looking up as if to collect his thoughts before answering any of the questions.

He also threw in his hint at bigger problems behind the scenes with the mention of ‘I can’t go much into that’ with almost every answer.

When for instance he was asked about the reports and social media protest against him and rumours that he might be kicked out at the end of the season, Hunt gave a short answer and had to be urged by the club’s spokesman, Vina Maphosa to give out more.

“I haven’t heard anything yet. I’m not on social media anyway, so I’m don’t know what’s going on,” he said.

After a long pause and Maphosa urging him on, he added: Personally, in terms of results this season has been the worst for me in 27 years (as a coach). If you understand football… there are a lot of things that we need to do you know. Uhm, so ja, I can’t divulge into that,” he said.

On the game itself, Hunt said: “Poor defending for the first goal, and a lot of missed chances again. We had a lot in good positions, in good areas but ja, that’s it. It’s two points lost.”

And the way he quickly jumped up and left the conference painted an image of a man running thin on patience.

It has been reported that Hunt is not having things his way at Naturena and is contemplating his options and may not return for a second season.

Amakhosi have had a hard and dry season yet again and have not managed to get into any rhythm or maintain any form. Leading to calls for his removal from some sections of the club fans.

Speculation is rife that the Chiefs management has already started talks with former club coach Stuart Baxter for his possible return to Naturena next season. But it’s not clear at this stage if the former Bafana Bafana coach is entertaining those thoughts.