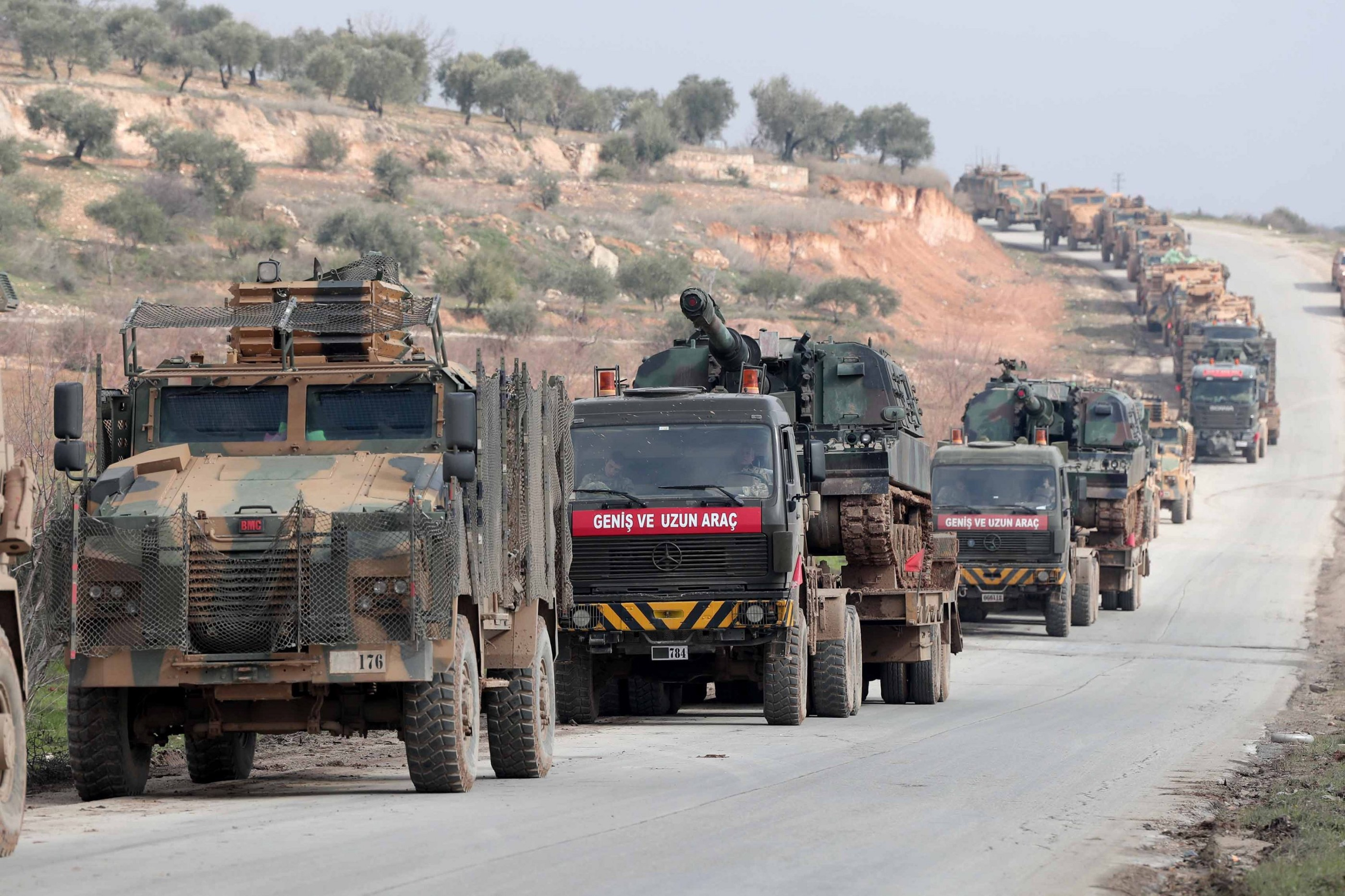 
A rocket attack on a Turkish military supply convoy in Syria’s northwestern Idlib province has killed one soldier and wounded four others, Turkey’s Defense Ministry said Tuesday. Turkish forces retaliated to the attack by firing on targets they identified in the region, the Defense Ministry said in a statement. It did not elaborate or say who was responsible for the attack late Monday. The Britain-based Syrian Observatory for Human Rights, an opposition war monitoring group, said a roadside bomb exploded when a Turkish convoy of seven vehicles was passing on a road between the border crossing point of Bab al-Hawa and the Syrian border village of Kfar Lousin. The Observatory said one of the vehicles suffered a direct hit. Ambulances, it said, rushed to the areas to evacuate Turkish troops who suffered injuries. It added that Turkish troops cordoned off the area for some time preventing people from reaching it. Last year, Turkey and Russia reached a cease-fire agreement that stopped a Russian-backed Syrian government offensive on Idlib the last major rebel stronghold in Syria. Despite sporadic violations, the agreement has held since then.