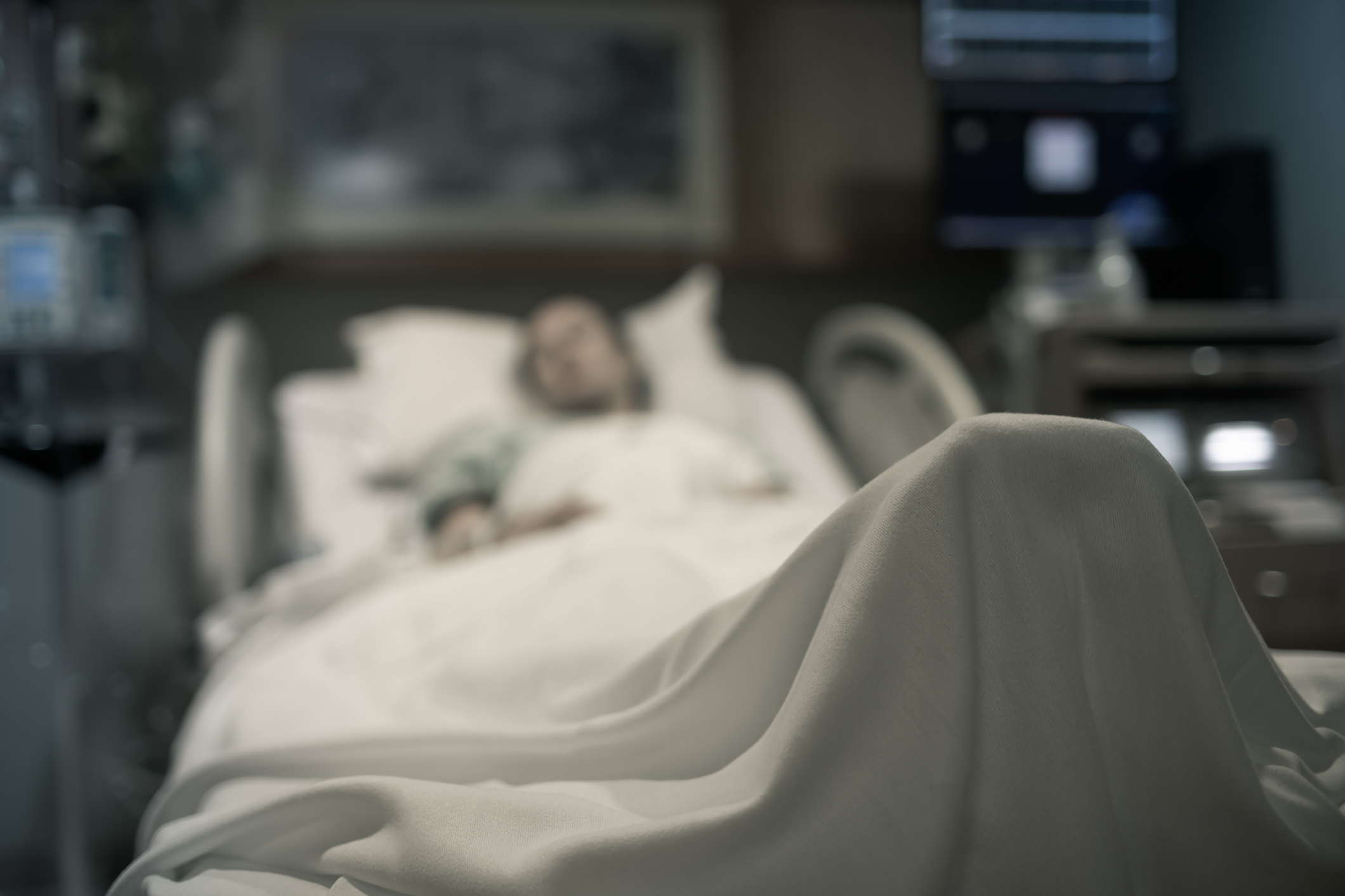 There’s an elderly lady who brings us tea.

I drink mine too slowly, she says, and this hacks her off because she has to wash the plastic cup. Despite her diminutive size, she puts up with nothing and she’s one of many characters who can be found in the wards and halls of this hospital.

In the corner of a barren patch where we’re allowed to smoke, Isaac spends most of his time.

They’ve given him a bed and they feed him, but he prefers wrapping himself in a blanket on a hard brick floor and surrounding himself with broken cardboard boxes. Sometimes the nurses from his ward will collect him and send him back upstairs so his broken foot will heal, but he always finds his way back.

As sad as it is, Isaac just wants to return to his usual life. He is homeless and this is how he feels at home.

Benny, who can be found wandering the halls on the first floor, talks all the time. I have never, however, had a conversation with him that lasted more than two sentences.

Always draped in a red hoodie, he will respond to a question, but then he remembers he had something to tell himself and he drifts off into a rambling chatter.

Benny’s been here for six months. He often tells himself he doesn’t like it here. Then he agrees. But he needs help and I hope the staff can provide him with whatever he needs.

And the injuries they carry adds to people’s unique personalities.

I’ve met a woman with a brain tumor, a person with liver cancer, a guy who needs a heart operation and a lady who was bitten by a venomous spider (though they can’t figure out which type). And where I spend much of my day, in the orthopaedic ward, there are lots of broken bones.

But the best character in this place is the tea lady.

I’m still too scared to ask her name, but she now brings a polystyrene cup which I can throw away when I’m done. Sometimes she mumbles a greeting in my direction and it makes me smile.

I reckon by the time I leave here she will give me a hug.

A large puddle formed in a doorway after water dripped down from the first floor to ground level.

I’ve slipped with these crutches a few times and it has never ended well, so I’m really careful now. But I slammed it, first hopping the puddle and then executing a 10-point landing.

It made me wish there was a crutches division at the Paralympics.

Another elevator has stopped working, and the service lift still goes up but it has trouble going down. So five of the 10 elevators in the hospital are now operating. At this rate I’d better practice using the stairs.

Our new roommate, Kurt, fell down some stairs and shattered his leg, which is now held together with pins.
Rennie is waiting for an operation. He was on the emergency list but they took him off. He’s back on the list today.
Frans has started snoring but it’s not loud enough to worry about.

I’m not gonna tell him.

They put me back on a drip. Not a great sign.

They can’t stitch my toe closed so they want me to stay on antibiotics until it has healed sufficiently. I’m still under observation and the regrowth of tissue and skin has been rapid, so that’s a positive, but I’ll get an update from the doctors tomorrow.

Debra is bringing the girls today

They won’t all be allowed in the room together but we can sit on the chairs in the hallway. Lexi says she “hasn’t seen me in years” and it sure feels like it. I can’t wait to see them.

For an appendage that refuses to die, my toe is really not playing ball.

The doctors say the bone they tried to fix is causing problems and they need to remove it. They also want to replace the pin which a nurse pulled out the other day when she was taking off my cast.

So I’m back on the emergency list for another operation. This time they’re going to remove a piece of my toe and shorten it. That means in the last few months my left big toe has required four operations, two debridements, six pins and a screw.

This latest setback is also going to extend my stay in hospital and I might still need a skin graft.

Admittedly, it was a bit of a shock when they put me back on the surgery list, as I really thought I might be going home this week. But this is no time to complain.

When my kids fall, I tell them to get back up, dust themselves off and try again. I must now take my own advice.

So we try again.