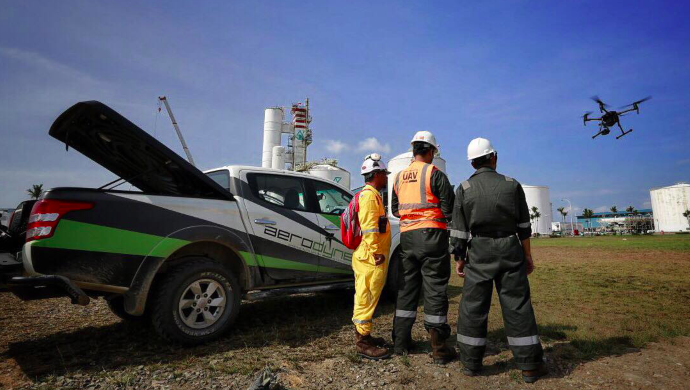 Other details of the transaction were not disclosed.

As per a press note, the partnership is set to propel Aerodyne’s latest engine of growth in the agriculture space, called Agrimor, in the ASEAN region. The consortium will also help Aerodyne grow its core business in Japan.

Real Tech Fund is a deep-tech focused VC fund, whereas Kobashi is a prominent agriculture companies. ACSL is a Tokyo Stock Exchange-listed firm specialising in drone manufacturing and drone-related hardware.

Also Read: Aerodyne forays into US with the acquisition of drone inspection firm Measure

Kamarul A Muhamed, founder and Group CEO of Aerodyne, said the partnership will enable it to leverage on a whole suite of expertise to enhance its value proposition in the agriculture space. He expects it to also solidify its foothold and unlock further opportunities in Japan, as well as expanding the breadth and depth of our technology suites.

“In particular, Real Tech Fund’s philosophy to support innovative R&D technology that advances humanity through technology mirrors our own approach,” he shared.

Established in 2014, Aerodyne Group is a DT3 (drone-tech, data-tech and digital transformation) company. It uses Artificial Intelligence as an enabling technology for large-scale data operations, analytics and process optimisation.

In Southeast Asia, plantation agriculture such as rice, palm oil and pineapple are major industries. However, farming methods are often labour-intensive and have high environmental impact. There is tremendous potential for improving efficiency and productivity.

The drone firm is currently running pilot projects with several large landowners in Malaysia and plans to expand the service to India, Indonesia and Thailand after 2022.

It currently employs over 400 drone professionals to operate in the UAS services sector. Aerodyne claims to have managed more than 320,000 infrastructure assets with 110,000 flight operations and surveyed over 120,000km of power infrastructure across 35 countries globally.

As per the press release, its solutions have been deployed and is currently being used by various industry leaders such as a Malaysian-based FORTUNE Global 500 oil and gas company, the largest listed power company in Southeast Asia, as well as the largest port owner in the UK.

Shojiro Kobashi, President and CEO of Kobashi, commented: “We expect that Aerodyne’s drone solution will greatly contribute to the widespread of sustainable agriculture by improving the yield and quality of crops and reducing the burden on the environment and farmers. With the resources we have cultivated as an agricultural machinery manufacturer, we will support Aerodyne’s entry into the agricultural field and Japanese market, lead the next future of Agritech, and contribute to the evolution of Japanese agriculture.”

In October 2019, Aerodyne secured US$30 million in Series B investment round, led by InterVest/Kejora Ventures, with participation from VentureTECH, Gobi Partners and 500 Startups.

This round was extended with an investment from North Summit Capital, Arc Ventures, and Leave a Nest in February 2020.

In December 2019, Aerodyne acquired a controlling stake in the services business of Measure UAS, an aerial intelligence company in the US.