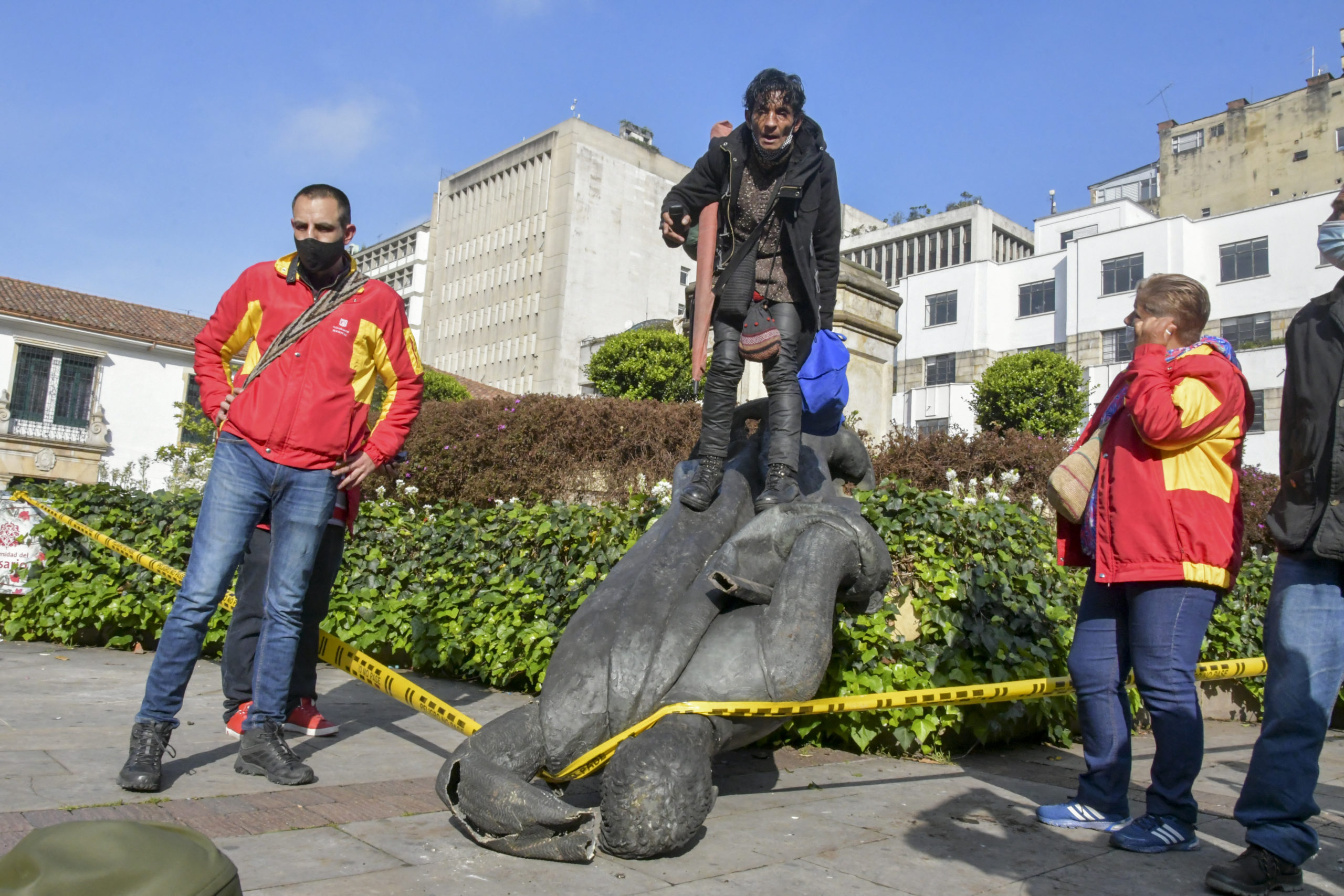 Indigenous people in Colombia’s southwest have knocked down at least three statues to conquistadors since September 2020.

Bogota – Indigenous people in Colombia on Friday knocked down a statue of Spanish conquistador Gonzalo Jimenez de Quesada, who founded the capital Bogota, as protests against the government continued.

Photos shared on social media showed members of the Misak indigenous community standing on the empty pedestal in the centre of Bogota with the statue lying on the ground with a broken arm.

At least 26 people have died in clashes between demonstrators and security forces since protests against President Ivan Duque’s government began on April 28, originally against a now abandoned tax reform.

Indigenous people have joined unions, students and other groups in demanding change to the government’s policies on health, education and inequality.

Demonstrators from the Misak — also called Guambiano — community, originally from the south of the country, arrived at dawn at the statue, erected in 1960, waving their indigenous flags.

“Historically he was the biggest slaughterer, torturer, thief and rapist of our women and our children,” the group said in a statement.

The statement said the “elitist families descended” from De Quesada had “reproduced the great problems” of the country such as the recently abandoned tax reform.

Indigenous people in Colombia’s southwest have knocked down at least three statues to conquistadors since September 2020.

They are waging a historic dispute over land rights but have often been the victims of Colombia’s multi-faceted conflict pitting left-wing guerrillas, drug-traffickers, right-wing paramilitaries and the armed forces against each other.