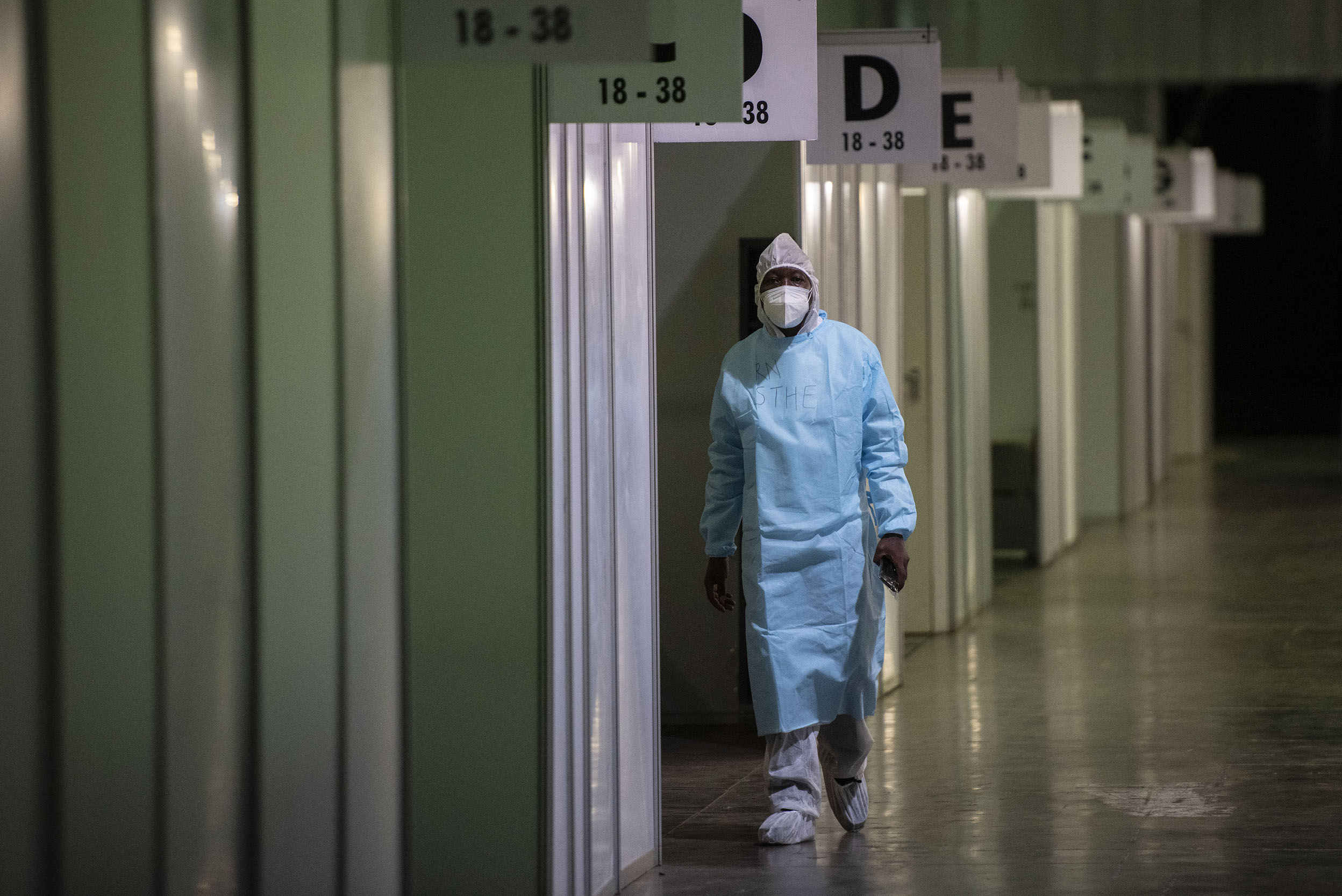 As of Wednesday, 5 May, the cumulative number of detected Covid-19 cases is 1 588 221 with 2,073 new cases identified, Health Minister Dr Zweli Mkhize has confirmed.

46 more Covid-19 related deaths were reported, with 4 from Eastern Cape, 1 from Free State, 19 from Gauteng, 2 from KwaZulu-Natal (KZN), 18 from Limpopo, 0 from Mpumalanga, 0 from North West, 2 from Northern Cape and 0 from Western Cape.

ALSO READ: Where is the Covid-19 third wave? Well, it’s probably closer than you think

Meanwhile, the total number of vaccines that have been administered stands at 353 181.

India releases $6.7 billion in cheap financing for vaccine makers, hospitals and other health firms in a bid to dig its way out of its disastrous outbreak.

More than 3,780 people died in the last 24 hours, although experts believe that this is probably an underestimate.

Serbia will pay people 25 euros ($25) each if they get a jab by the end of the month after its vaccination drive started to stall. Some 1.5 million of its seven million people have had shots.

Pfizer gets OK for teens

Canada becomes the first country in the world to approve the use of the Pfizer-BioNTech vaccine for children aged 12 years and over.

Egypt calls off festivities for the Muslim holiday of Eid al-Fitr and partially closes cafes, restaurants and malls as the Ramadan month of fasting ends.

The seven wealthiest democracies discuss vaccines on their last day of talks in London as they face pressure to share stockpiles and know-how with poor nations.

India’s foreign minister had to abandon face-to-face talks because he may have been exposed to the virus.

Iran and Kenya report their first cases of the highly contagious Indian variant of the virus.

Right-winger Isabel Diaz Ayuso wins a resounding victory in regional elections in the Spanish capital. The hardliner has soared in popularity for stubbornly resisting virus restrictions.

France grants citizenship to over 2,000 foreign-born frontline workers for helping in the country’s fight against Covid.

An Australian court agrees to hear a challenge to the country’s controversial ban on citizens returning home from India which threatens them with jail and heavy fines.

Britain is spending £29.3 million ($40.6 million, 33.8 million euros) on new vaccine laboratories in an effort to “future-proof the country from the threat of new variants”.

Facebook’s Workplace software that offers companies an internal social network has grown by about 40 percent in a year as the pandemic accelerates remote working, though it still trails behind rivals like Microsoft’s Teams.

The coronavirus pandemic has killed at least 3,230,058 people worldwide since the virus first emerged in late 2019, according to an AFP compilation of official data.

READ NEXT: Covid-19 vaccine production capacity a problem, ‘even if IP is waived’