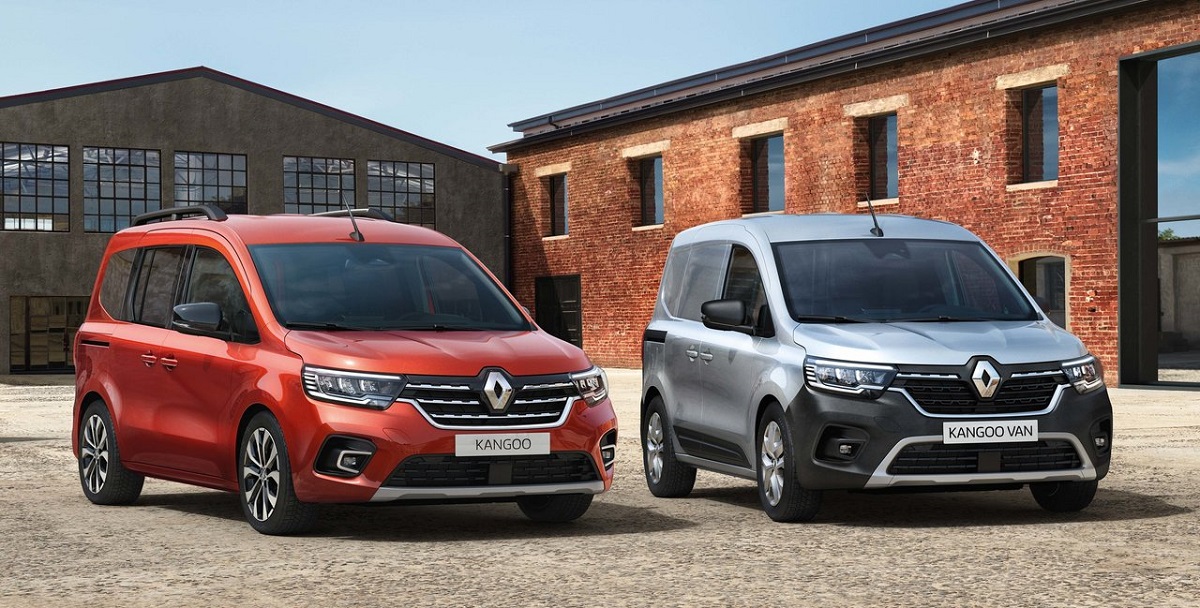 Having made the reveal in November last year, Renault has provided more details of its rival for the all-new Volkswagen Caddy, the equally new third generation Kangoo.

Replacing the second generation that had been on sale for 13 years, the Kangoo, which will again spawn a Mercedes-Benz version in the shape of the Citan, moves to the Renault-Nissan-Mitsubishi Alliance’s CMF-B platform also used by the Clio, Captur and Nissan Micra with models comprising of a van and passenger van seating five or seven. Styled to resemble not only the Clio but also the new Sandero, the third generation introduces a number of firsts to the Kangoo which, depending on the model and trim level, consists of full LED headlights, the option of 17-inch diamond-cut Vereste alloy wheels and bending LED fog lamps.

More aimed at the lifestyle market, the passenger version gains a full suite of tech as part of the new interior, which itself sees the inclusion of upgraded materials, height adjustable steering wheel and driver’s seat, more sound proofing and even the option of imitation dark brushed wood.

On offer is a 4.2-inch or seven-inch digital instrument cluster, an eight-inch touchscreen infotainment system with Apple CarPlay and Android Auto, dual-zone climate control with separate controls for the rear passengers, an up to six-speaker sound system, keyless entry and push-button start, optional water resistant floor mats and for the first time, rear electric windows.

Claimed boot space is 775-litres with a massive 3 500-litres available with the rear seats down. Total storage space throughout the cabin is rated at 49-litres with load capacity varying from 3.3 m3 and to 4.9 m3, the latter for the long wheelbase model.

Up front, power comes from two versions of the Daimler co-developed 1.3-litre turbocharged petrol engine and three of the venerable 1.5-litre turbodiesel resplendent under the Blue dCi designation. Interior is a massive step up from the old Kangoo

On sale across Europe from next month, the all-new Kangoo, for now, is an unlikely entry for South Africa.