As Glints CTO, this is what I want you to know about building an engineering team in Southeast Asia 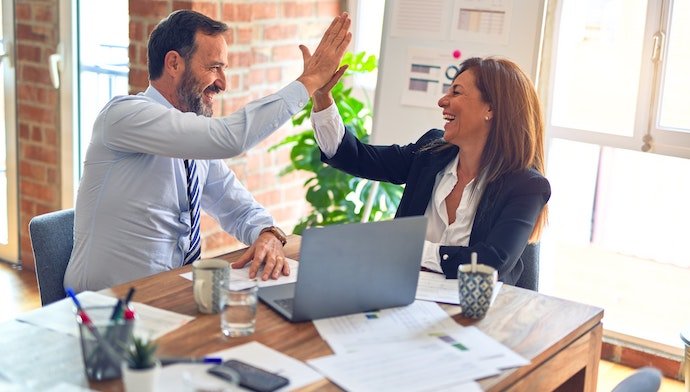 My philosophy when it comes to building up engineering teams in Southeast Asia can be summed up in two words: intentionality and pragmatism. Five years ago when I first began scaling up the engineering team in this region, I had only the vaguest ideas of the frequently irreversible decisions that lay ahead of me.

Some of the painful results from these misguided decisions include my Indonesia engineering team quitting one after the other due to disengagement, simmering tensions and frustrations due to inter-country teams’ language barriers and persistent underperformance in remote teams left to fester over quarters.

I had some abstract ideals about the perfect team I wanted to build. But at the end of the day, I am at a company with a budget, hiring against a tight timeline in a constrained talent market with a thin history.

There are realities to contend with, many of which are unique to the fragmented and multi-cultural context that is Southeast Asia. If I could hop on a Zoom call with that eager hiring manager from five years ago, here’s where I would focus his precious and soon-to-be-frayed attention.

Reid Hoffman famously quipped that building a startup is akin to assembling an airplane in mid-flight. While flying by the seat of your pants is frequently the optimal strategy for finding product-market fit, designing and building a high-performing engineering organisation takes a great deal more intentionality.

Here are a couple of things I learned in building an engineering team in Southeast Asia.

Work out the nature and scope of engineering

Critically, the time to scale the team is after you have found product-market fit, which is also the time to plan out a longer-term product roadmap. Armed with this product roadmap, walk up the dependency graph to chart out the corresponding engineering roadmap, from which you can work backwards to figure out the engineering bandwidth and skill set required. This is necessarily a blunt operation, but the broad strokes alone will give you much-needed clarity downstream in the hiring.

A word of advice here is to be clear-eyed about the actual engineering bandwidth and skill set needed. While many startups pride themselves on proprietary, cutting-edge technology, don’t underestimate the long shadow of relatively ho-hum infrastructural and product engineering that trails behind these core asset developments. Plan for the manpower accordingly.

If you plan to scale the team past eight people, you will almost certainly need to split them up into sub-teams. The best way to do this is to group members with the most frequent and complex communications into the same teams. Frequently, you will find the most natural seams between teams to be product scopes.

At this point, you also have to decide if you are going for a fully remote or a multiple-hub hiring strategy. Both have its pros and cons, the important thing is you decide, and provision supporting processes and tools. If it is a hub strategy, then ideally each team is colocated for more spontaneous and high-bandwidth communications. If it is remote, then think through language requirements and market context.

Map out the regional talent market

Though relatively young as a whole, the Southeast Asia engineering talent market differs in skillset concentration, culture and size. It is crucial that you get a sense of both the top-down view and anecdotal, on-the-ground reviews of the different talent market.

When I was sussing out both the Vietnam and Indonesia engineering pool, it was incredibly eye-opening to speak to other engineering leaders who have built substantial teams over a multi-year period over there.

It gave me a pulse of the difficulty of hiring for different skill sets, and what candidates respond to. Quantitatively, I would also research on LinkedIn where the bigger companies are building their engineering hubs, including the tech stack, functional roles and seniority levels of each hub. The output of this research and the organisational design is that I can map out the most suitable region to build out each team.

Start by hiring the leader

If you realise that you can hire a full engineering team in just 1 country, you are in luck. In fact, there will be so much less complex that you should try to optimise for this arrangement if possible.

Practically, due to talent scarcity, required market context or simply cost, most engineering leaders will have to hire across at least 2 markets.

If that is your case, learn from the two painful lessons that I picked up the hard way. First, always hire from the top down, which means starting with the engineering leader.

There is frequently a huge pressure to hire individual contributors who can immediately add to product development bandwidth. Resist that temptation. I made that mistake by hiring a small team of engineers in Indonesia without a manager. In between managing the Singapore team and hiring in Indonesia, I was stretched too thin to properly manage that Indonesia team, which is crucial in the early stages of team formation.

Almost immediately, problems cropped up. The team was frequently unsure of the full product context, resulting in delays. They were also apprehensive about how to adapt to the backdrop of Singaporean workplace culture in the bigger team.

Eventually, they became increasingly disconnected from the company they were so excited to join in the first place, disillusioned that they were unable to make many meaningful contributions.

Investing the necessary time to hire the right engineering leader would have gone a long way to avoiding that outcome. Not only would they share the immense workload of bootstrapping a team, they would also help you solidify the desired cultural foundation through further hiring and personal influence.

Secondly, when building out a new engineering hub, that should be your sole focus, which almost always means you would need to be stationed there physically (after the pandemic, of course). It is already a tough sell for a candidate to join a company they have never heard of, much less a foreign one where they hadn’t even shaken your hands in person. Make that sell easier by sharing your plans for the team while looking them in the eye.

Also Read: The 4 principles of hiring an omnipotent founding team for your startup

Much as Zoom and Google Meet are great products, nothing beats face-to-face rapport when it comes to trust-building. The same goes for onboarding the first few hires. Spending a prolonged amount of time in person with your critical first hires will set the cultural tone for a long time to come.

Eventually, of course, once you are confident of the hiring bar and management capabilities of your first engineering lead, you can increasingly peel yourself off for other priorities.

Even with the best-laid plans and the benefit of hindsight, building up an engineering team, especially as a startup in Southeast Asia, will never be easy. There are times when it feels like a grind and other times when it seems like there are no good options. At the end of the day, what you need is a clear-eyed appreciation of the realities on the ground, and the very real trade-offs you have to make.

My only hope is that you make these trade-offs consciously, and not bumble through them as I did five years ago.

The post As Glints CTO, this is what I want you to know about building an engineering team in Southeast Asia appeared first on e27.