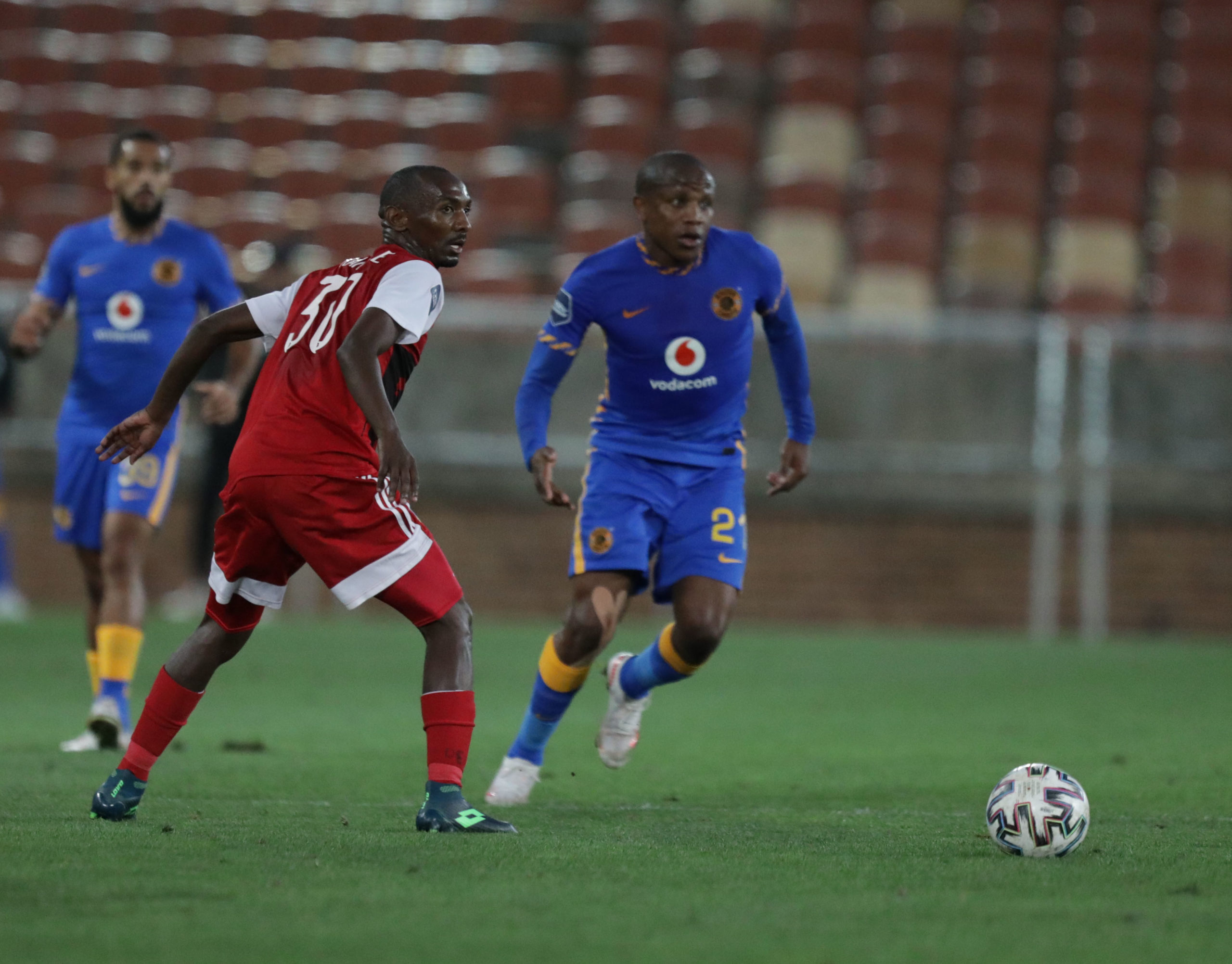 Having taken the lead immediately after Amakhosi were reduced to 10 men, Tshakhuma failed to keep the momentum and allowed the Naturena side to score an equaliser.

Having taken the lead immediately after Amakhosi were reduced to 10 men, Tshakhuma failed to keep the momentum and allowed the Naturena side to score an equaliser.

They however managed to get a win through a last minute penalty, and the win saw them jump to 14th place, pushing their Nedbank Cup final opponent, Chippa United into the relegation spot.

The game started in a hurried pace with each side looking for an early goal to upset and unsettle the other. But that didn’t help ether side because they couldn’t create any clear scoring chances.

As the game wore on, Chiefs showered the pace and tried to play patient build-ups but still couldn’t find the right balls up front to trouble Washington Arubi in the TTM goals.

As usual, Chiefs were again forced into a shape change in the first half – it was however not due an injury this time.
Njabulo Blom was sent off after receiving his second booking for reckless play in the 39th minute, conceding a free kick in a dangerous area in the process.

From the resultant free kick, Thabo Mnyamane was unlucky to see his effort hit the cross bar with Bruce Bvuma completely beaten.

Two minutes later, Tshakhuma took the lead. Mnyamane expertly found an Thabo Rakhale inside the Amakhosi box, he chested it to his feet and sent a rocket past Bvuma.

Chiefs came close to the equaliser in the 51st minute, with Samir Nurkovic’s effort from a corner, but Arubi managed to fist the ball over.

TTM also had a glorious chance in the 54th minute after some neat inter-passing the ball ended in front of Celimpilo Ngema, but he sliced his shot across goal with Bvuma at his mercy.

Ngema was again set through on goal four minutes later, but he shot wide with only the keeper to beat.

Chiefs almost had a penalty appeal denied when Nurkovic was brought down inside the box, but the referee, Victor Hlungwani felt there was no contact. But after consulting with the fourth official, he changed his mind and gave the spot kick.

Arubi saved Lebogang Manyama’s initial shot, but the ball spilled and fell kindly for Manyama and he slid it under the keeper to equalise for Amakhosi.

Tshakhuma had their penalty appeal denied as well after the ball had hit Ramahlwe Mphahlele on the arm.

There was a nervy moment for Amakhosi with just over 10 minutes to go when Bvuma got injured. He had stated the game in thee absence of both Itumeleng Khune and Daniel Akpeyi who were injured. Bvuma was however able to continue after receiving some medical attention.

Tshakhuma were finally awarded a penalty when Siyabonga Ngezana handled the ball inside the box, and Mnyamane scored from the spot to give TTM maximum points.