Your job will still be around in the next five years. But this is how the robots will change them 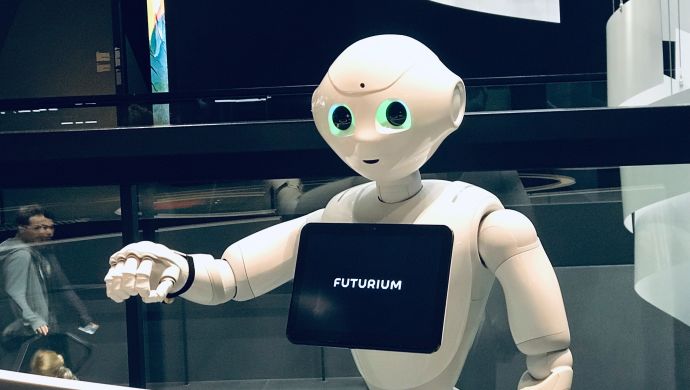 If there is one good thing to come up from the COVID-19 pandemic, it would be the opportunity to re-examine how we are doing things –and how we can do better.

Previously, as part of our Earth Day celebration, we published a special feature that looked into how the pandemic has affected the environment, particularly in the matter of waste management. We concluded that there are many opportunities for startups to innovate; they can achieve great results by collaborating with various parties, including the government.

This time, as we celebrate Labour Day, we would like to examine the issues that have come out related to the workplace –our work environment and the elements that are included in it.

There are major themes that have come into the discussion in the past year, starting from the different ways we can do to manage our employees and even set up our businesses (remote working is here to stay, y’all).

But nothing induces anxiety as much as a discussion about job availability –and rightfully so. In Singapore, by September 2020, the jobless rate climbed up to 3.6 per cent from 3.4 per cent in just one month. This number is related to the retrenchment that was performed across different industries.

In addition to the fear of losing the job to the pandemic itself, there is also another layer of anxiety that engulf the discussion about the future of work. This is something that has been around for a long time, but it is about time we finally address the elephant in the room: The fear that robots will take over our jobs.

When it comes to the discussion regarding the possibility of robots taking over human jobs, the first question that we need to ask is: Is there even any base to this fear?

Or have we been watching too many Hollywood films with plots that include robots going berserk and shooting civilians?

Byron Auguste, CEO of the Opportunity@Work, elaborates in WIRED how our fears of a potential “robot uprising” are not only wrong, but it is also preventing us from improving work conditions for our workers.

“Our fears about automation come down to three factors: machines will execute tasks more efficiently; machine learning will enable artificial intelligence (AI) to make complex decisions more effectively; and technology companies will sell software and algorithms to replace slow and distractible people with fast and focused machines,” he writes.

“Such fears aren’t without basis, but the biggest technology opportunities have always augmented the work of humans, rather than replaced it altogether.”

He even goes as far as stating that the institutional biases for automation over augmentation –that is, the prospect of losing your jobs to robots instead of having it improved by them– are not caused by the tech innovation itself. Instead, it is the result of a more complex system that does not work in favour of augmentation, or having robots as tools to improve the way we do our work.

Auguste is not the only one to put emphasis on the improvement of work condition as facilitated by technology. In their The Future of Work After COVID-19 report, McKinsey Global Institute states that jobs with the highest physical proximity are likely to be most disrupted.

“Many companies deployed automation and AI in warehouses, grocery stores, call centres, and manufacturing plants to reduce workplace density and cope with surges in demand. The common feature of these automation use cases is their correlation with high scores on physical proximity, and our research finds the work arenas with high levels of human interaction are likely to see the greatest acceleration in adoption of automation and AI.”

This is long overdue.

During the pandemic, frontline workers –from your food delivery guy to the nurses who are interacting with COVID-19 patients on a daily basis– have shown how crucial the role that they play in our society. More importantly, the pandemic also reveals to us how risky these jobs can be.

As innovators in the tech sector, the worst thing that we can do is dismissing the risks of their profession as just a given. Something that they just have to bear with.

When done correctly, augmentation will also enable frontline workers to move a step up in their self-development and possibly career progression. In February, SMRT has begun implementing the use of cleaning robots at MRT stations in the Circle Line.

Instead of forcing workers to give up their job, the initiative provided them with the opportunity to upskill by learning how to manage the robots and troubleshoot minor issues.

Now that we have addressed our fear of having robots taking over our jobs, it is time to address upcoming opportunities: Having them as our new colleagues.

Dubbed by industry players as the fastest-growing segment in automation, the popularity of cobots –robots that serve as a function of collaborator of human workers– had been predicted even as early as 2019.

In his piece for Forbes, author Bernard Marr highlighted robot-as-a-service (RaaS) as a promising opportunity for both business owners and tech builder.

” … those who sign up for RaaS get the benefits of robotic process automation by leasing robotic devices and accessing a cloud-based subscription service rather than purchasing the equipment outright. The headaches of ownership, such as paying off an expensive piece of equipment plus handling maintenance issues that spring up, are avoided with RaaS,” he writes.

Even in Southeast Asia, particularly in Singapore, we have begun to see tech companies scoring projects with various institution to help them improve operations with robots –from cooking noodles to performing surgeries. With the latter, we have also begun seeing investment into the category with the goal of expanding these companies business abroad –another testimony to the prospect of this sector.

The post Your job will still be around in the next five years. But this is how the robots will change them appeared first on e27.