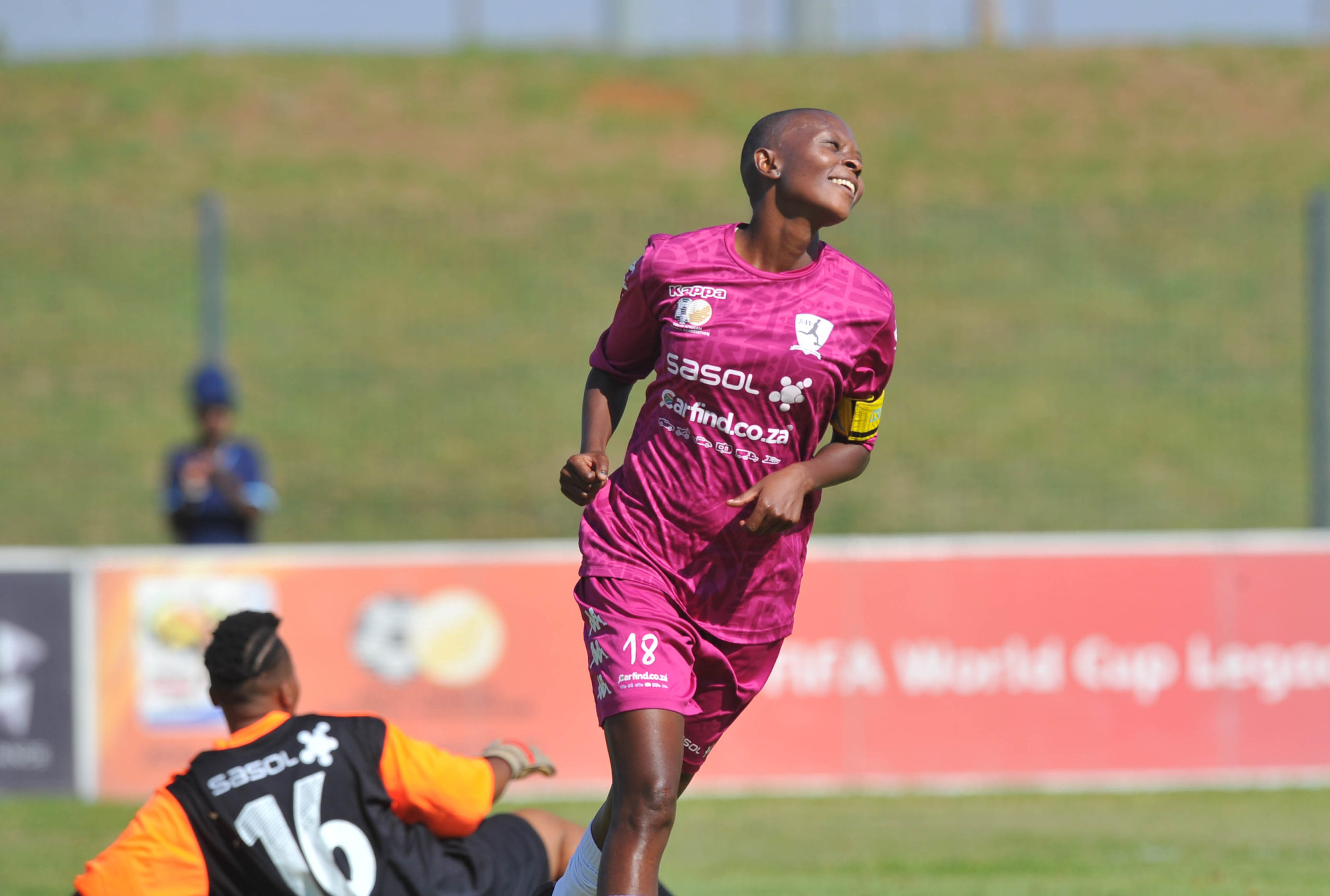 “Scoring goals is good, but what is important for me is seeing the team do good,” said Nyandeni after scoring a brace against Golden Ladies this past weekend.

After helping her side to their second successive victory over Golden Ladies in the South African National Women’s League (SNWL) in Mahikeng, North West, JVW FC captain Nompumelelo Nyandeni is looking forward to the rest of the season by scoring more goals.

Nyandeni, who used to be a regular feature in the Banyana Banyana team before being dropped prior to the the Fifa Women’s World Cup in France in 2019, has switched from being a midfielder to a striker for her club becoming a regular goal-scorer.

The JVW captain scored 50 goals for her club prior to their promotion to the SNWL while they were still campaigning in the Sasol league.

Nyandeni scored two of the five goals during JVW’s 5-1 thrashing of Ma-Indies in their first game of the season. And this past weekend, the striker scored her second brace for the club against the Mahikeng based outfit during their 2-1 victory, taking her goal tally to four goals in two games.

“It is all about taking it one game at a time for me and the team. We have started the league on a good note and looking to do well in the upcoming games as well. But, this was not an easy game against Golden Ladies. It was a very tough game. I think what made it difficult was because we didn’t know our opponents. But we have to be proud of ourselves because it was our second victory on the road,” said Nyandeni.

“Scoring goals is good, but what is important for me is seeing the team do good. So far things are going well for us and I just hope that it continues that way. But we will have to improve in some areas as the league goes by because games are going to be much tougher.”

After the first round of games, JVW were on top of the league standings, but now, they have dropped to second place while Mamelodi Sundowns Ladies take the top spot. The teams are level on six points including third placed First Touch Academy after the three clubs won two of their opening games, but Downs have a better goal difference.

Rest of the results: