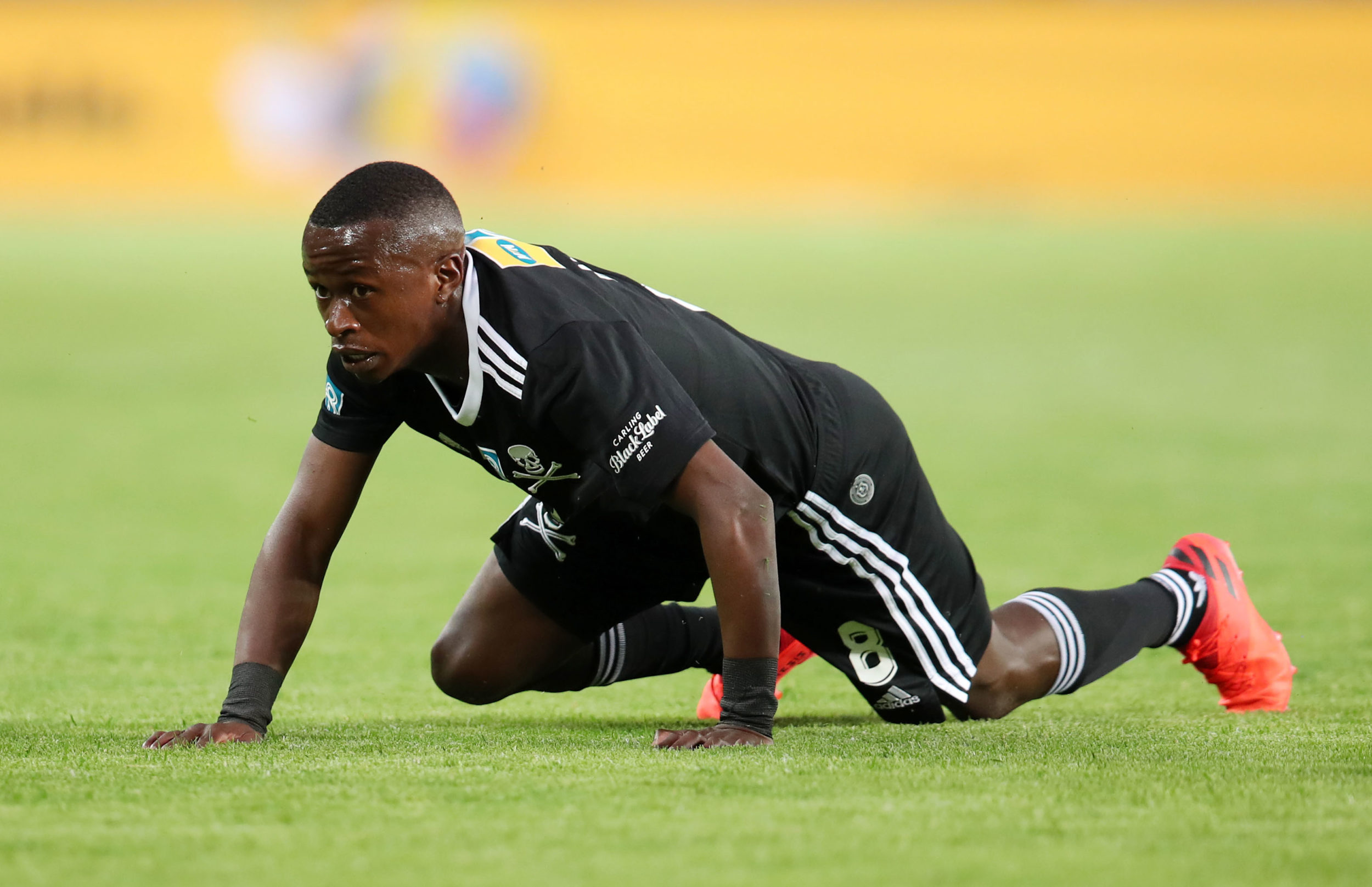 Despite the loss, the Bucs midfielder believes they did everything they can to try and win the game.

It was always going to be a game of mistakes, says Orlando Pirates midfielder Siphesihle Ndlovu, following their embarrassing 3-0 loss to Mamelodi Sundowns in a DStv Premiership tie at the Orlando Stadium over the weekend.

Following a rather dull first half which did not produce clear cut goal scoring opportunities, things changed for the better for the visitors in the second half, who benefited from Bucs sloppy defending.

Downs first goal came from a penalty after Innocent Maela handled the ball inside the box after Peter Shalulile’s volley just before the hour, with the spot-kick placed into the back of the net by the Pretoria side captain Ricardo Nascimento.

Downs doubled their lead a couple of minutes later after Pirates captain Thulani Hlatshwayo failed to clear the ball at the back after a pass from Ntsikelo Nyauza, allowing Shalulile to snatch it and score for the Brazilians.

Lyle Lakay sealed maximum points for the visitors with a spectacular free-kick just outside the box to make it 3-0.
Despite the loss, the Bucs midfielder believes they did everything they can to try and win the game.

“Collectively we worked so hard, unfortunately they capitalised on our mistakes of which we knew that it was going to be a game of mistakes because today’s (Sunday) game was very tactical,” said the Bucs midfielder.

Before the game, Pirates had enjoyed a 23-games unbeaten run record at home.

Ndlovu added that what’s done is done and right now all they have to do now is move forward and fix their mistakes.

“The record is broken, but it is what it is, such is football. We are looking forward to rectifying our mistakes and make sure that we bounce back quickly,” he concluded.

After the loss, the Soweto giants now trail Downs, who are on top of the log by 12 points.

Pirates have played 24 games league so far and have managed to register 39 points, which puts them in fifth place on the standings, whereas Sundowns have collected 51 points from the same number of games as Bucs.

The Buccaneers will be eager to get things right when they host struggling Black Leopards on Wednesday.

Leopards are fighting for survival in the league, with the club currently rooted at the bottom of the standings with 18 points after 25 matches.