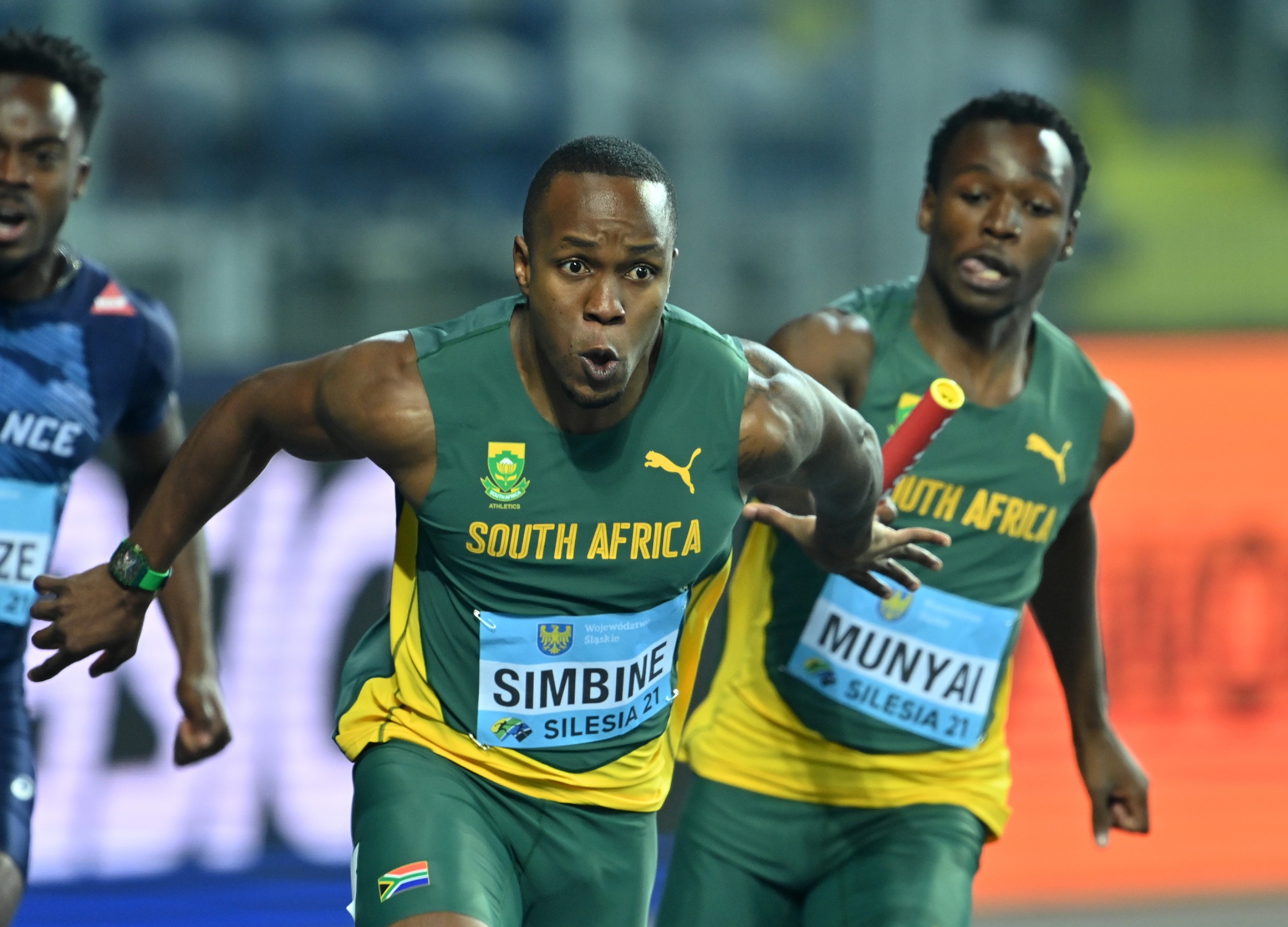 South Africa secured its first ever gold medal at the World Athletics Relays, with the national 4x100m team delivering a memorable performance in the final in Silesia, Poland on Sunday night.

Taking over in second place on the final leg, SA 100m record holder Akani Simbine managed to chase down the Brazilian team in the home straight.

With Simbine dipping on the line in 38.71, the SA quartet – also including Thando Dlodlo, Gift Leotlela and Clarence Munyai – secured victory by 0.01.

Brazil were later disqualified, giving Italy the silver medal in 39.21.

Having progressed as the third quickest team in the heats the day before, they completed the four-lap race in 3:05.76.

The national mixed 4x400m team – Dikgale, Ukona Khuzwayo, Dalene Mpiti and Taylon Bieldt – were sixth in their heat in 3:19.18 on Saturday’s opening day of competition.

They did not qualify for a place in the final.