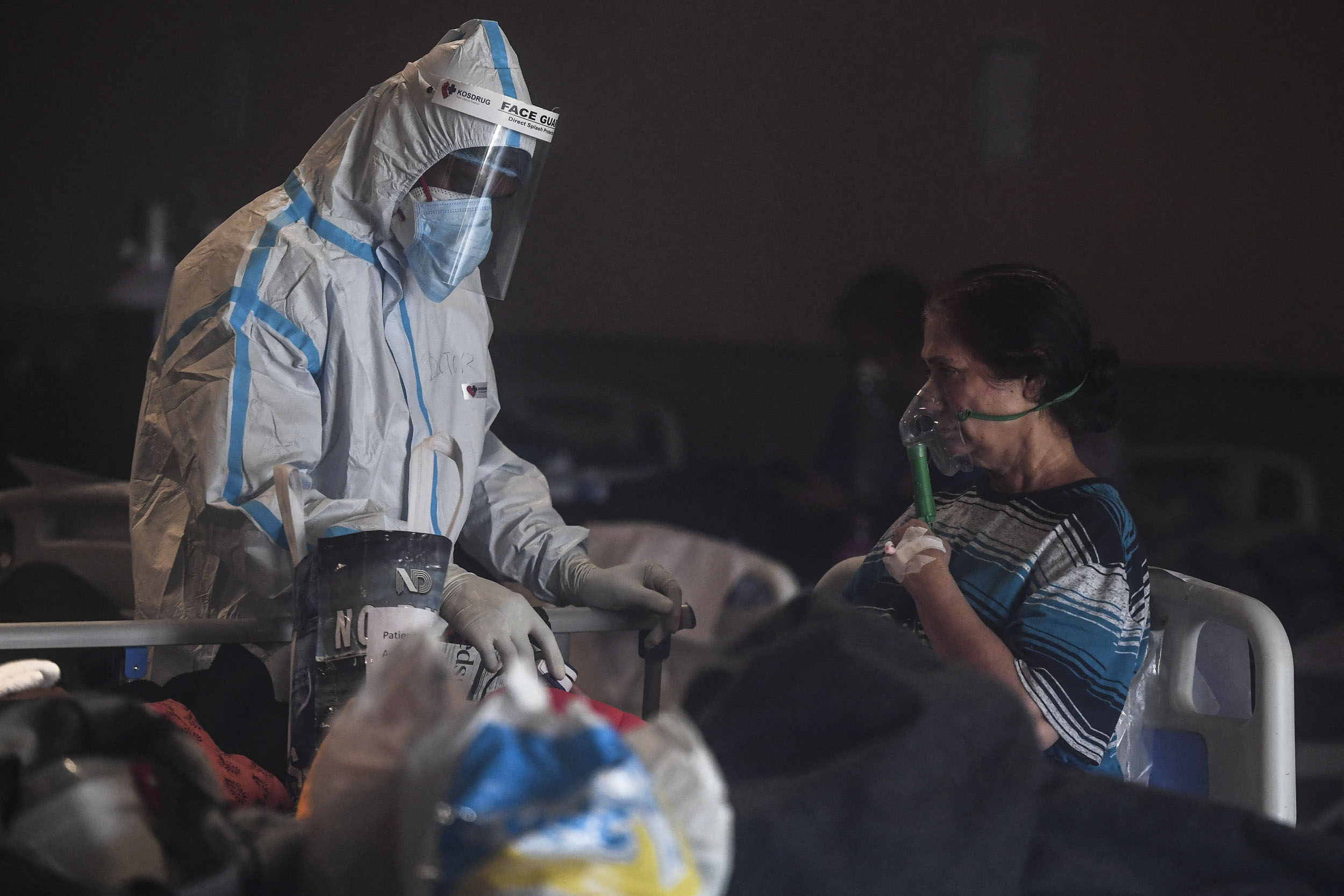 The country of 1.3 billion reported 3,689 coronavirus deaths on Sunday — the highest single-day rise yet in the pandemic, with nearly 400,000 new cases of Covid-19 registered across India.

Surges in Brazil and Canada have also highlighted the persistent threat of the pandemic, with the global death toll approaching 3.2 million even as many nations ramp up vaccination drives.

India expanded its vaccination programme to all adults on Saturday, but many of its states are struggling with shortages despite an export freeze for shots produced domestically.

The latest surge in deaths came as medical equipment from abroad — including oxygen-generation plants — was flown into the capital New Delhi as part of a huge international effort.

“People are sometimes dying in front of the hospitals. They have no more oxygen. Sometimes (they are dying) in their cars,” said Germany’s ambassador to India, Walter J. Lindner, as 120 ventilators arrived late Saturday.

Long queues were seen at vaccination centres in Indian cities this weekend, with people desperate to be inoculated against a disease that has overwhelmed the healthcare system as well as crematoriums and graveyards.

Social media platforms have been flooded with desperate pleas from people looking for oxygen cylinders, medicines and hospital beds as the Covid-19 wave causes widespread shortages.

Aid from France reached India on Sunday, including eight oxygen generator plants and 28 ventilators, adding to the ventilators from Germany that arrived the previous night.

New Delhi, one of the hardest-hit parts of India, extended its lockdown by a week on Saturday, and the eastern state of Odisha has also ordered a shutdown.

Anthony Fauci, the top US pandemic advisor, said in comments published Saturday that the whole of India should go into lockdown to fight this wave.

A growing list of countries have cut flights from India, with Nigeria on Sunday banning entry to all travellers who have been in the country in the last two weeks, though Nigerians and those transiting in India will be exempt.

Alarm bells are also ringing in other countries in densely populated South Asia.

In Sri Lanka daily infections hit a record on Saturday, with authorities imposing further curbs on movement and activities in parts of the island nation.

“We could face an India-type crisis very soon unless we arrest the current trend of infections,” said chief epidemiologist Sudath Samaraweera.

Known global infections are approaching 152 million, and fresh waves have also shaken many countries in the Americas.

Brazil, the worst-hit Latin American nation, has crossed 400,000 Covid-19 deaths — second only to the United States — with many of its hospitals pushed to the brink of collapse.

And in Canada, the epicentre is in the most populous province Ontario, where the surge has been so intense that the government sent in the military and the Red Cross to help care for critical patients.

Although the Covid-19 threat remains in sharp focus in crisis spots around the world, populations in many countries are growing weary of virus measures.

Belgian police arrested 132 people as they used tear gas and water cannon to break up a banned anti-lockdown party in a Brussels park on the weekend, an official report said Sunday.

One partygoer was knocked out by a water cannon and 14 others were slightly injured — including one struck by a police horse — as riot police brutally dispersed the party on Saturday in scenes echoing a similar gathering in the park a month before.

In France, too, hundreds of people flouted a coronavirus curfew over the weekend with underground parties in at least two cities, while police managed to prevent organisers from staging a mass rave in Paris.