More than 40 dead after religious festival stampede in Israel : MiddleEastNews 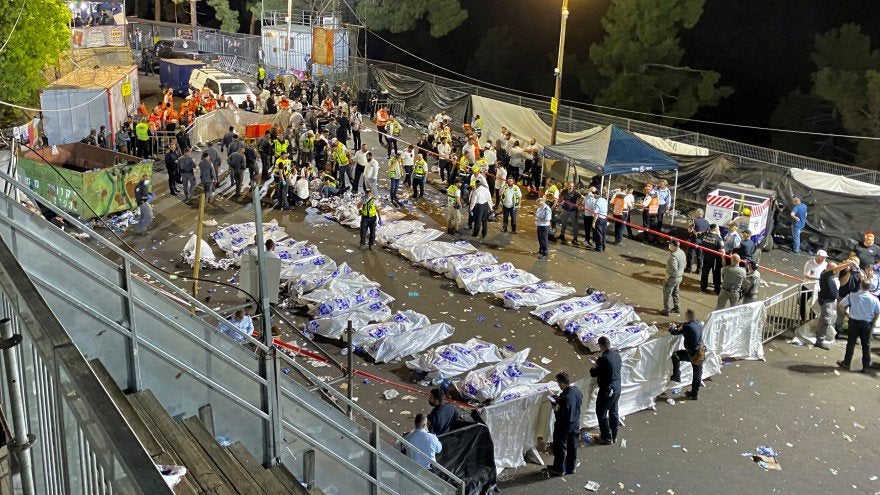 
Lag BaOmer draws tens of thousands of people, most of them ultra-Orthodox Jews, each year to honor Rabbi Shimon Bar Yochai, a 2nd century sage and mystic who is buried there. Large crowds traditionally light bonfires, pray and dance as part of the celebrations. This year, media estimated the crowd at about 100,000 people. The stampede began when large numbers of people thronged a narrow tunnel-like passage during the event, according to witnesses and video footage. People began falling on top of each other near the end of the walkway, as they descended slippery metal stairs, witnesses said. Video footage showed large numbers of people, most of them black-clad ultra-Orthodox men, squeezed in the tunnel. After the stampede, photos showed rows of wrapped bodies lying on the ground, with dozens of ambulances at the site. 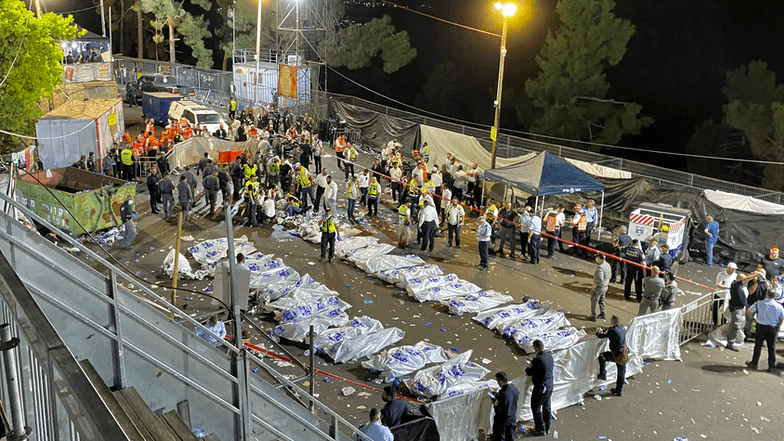