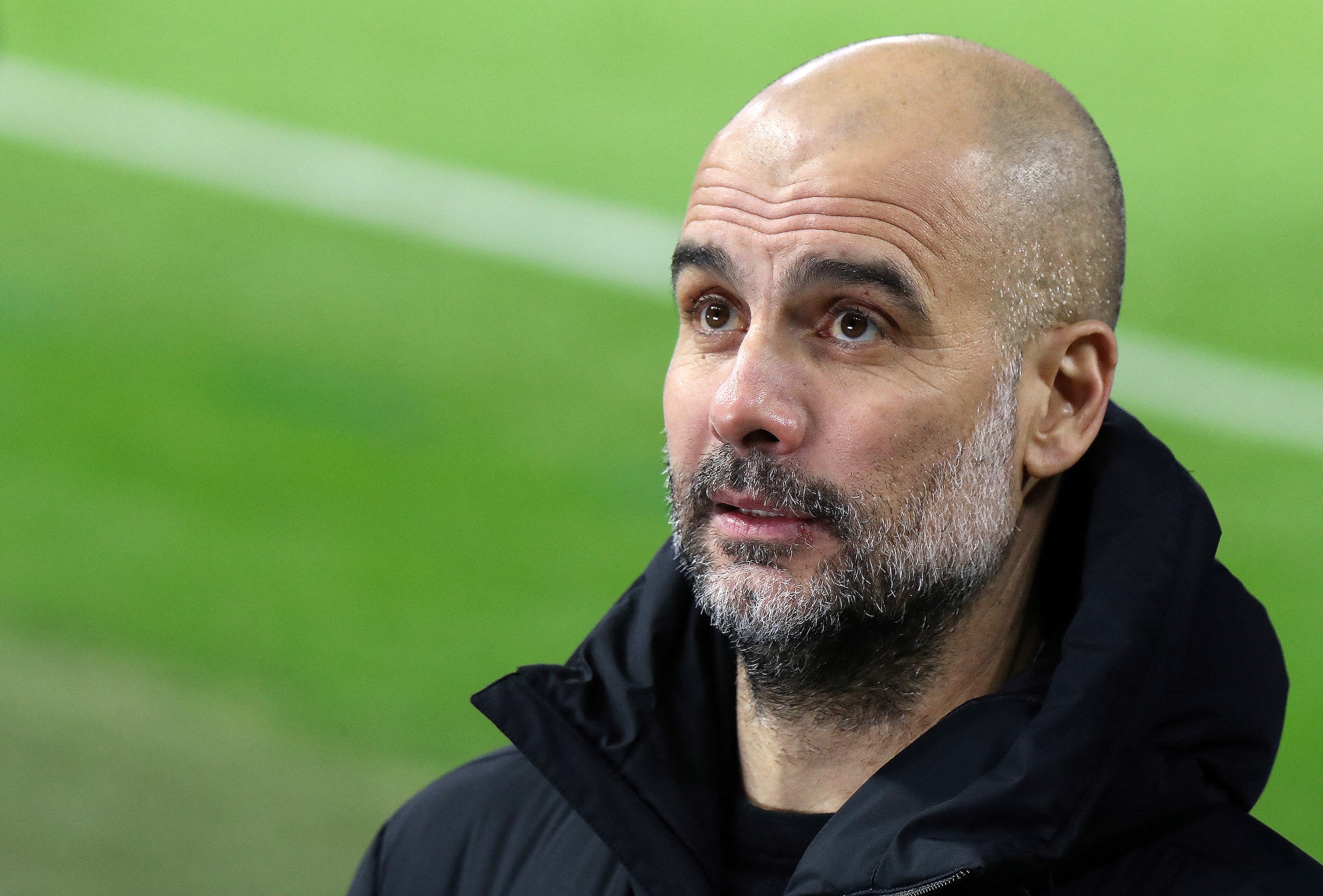 Manchester City could wrap up a third Premier League title in four seasons on Sunday, but Manchester United can keep their local rivals waiting by inflicting further damage on Liverpool’s hopes of a return to the Champions League next season.

City’s 10-point lead with just five games remaining means it is a matter of when, not if, they will collect the second trophy of a potential treble.

Pep Guardiola’s men lifted the League Cup for the fourth consecutive season last weekend before taking a huge step towards the Champions League final with a 2-1 semi-final, first leg win away to Paris Saint-Germain on Wednesday.

The return leg against PSG is likely to play a big factor in Guardiola’s team selection for Saturday’s trip to Crystal Palace.

However, one of the hallmarks of City’s success this season has been their strength in depth, giving Guardiola plenty of options should he choose to rotate his squad once more.

Raheem Sterling, Gabriel Jesus, Sergio Aguero, Fernandinho, Ferran Torres and Aymeric Laporte are among those who did not get off the bench in Paris in midweek and could start against the Eagles.

Palace have won just once in their last seven games as they meander towards the end of the season with safety in the top-flight secured for another season.

Should City move to within three points of the title on Saturday, all eyes will turn to Old Trafford as last season’s champions will look to clinch them the title.

Liverpool are far more desperate for the points than United with their chances of Champions League football next season fading fast.

Jurgen Klopp’s men are four points adrift of fourth-placed Chelsea and could be seven behind by the time they kick-off with the Blues hosting struggling Fulham on Saturday.

United finished 33 points behind Liverpool last season as the Red Devils only secured a top-four finish on the final day of the season.

Ole Gunnar Solskjaer’s men have turned that gap around this season as they are set to match their best league finish since Alex Ferguson retired as boss in 2013.

But United captain Harry Maguire insisted they cannot settle for being second best.

“It’s a big game whenever we play Liverpool,” Maguire told ESPN. “We want to win and we expect to win.

“I joined the club to win trophies, to lift trophies. Every player who plays for Manchester United expects to win trophies. In recent years, we haven’t managed to do that, so we’ve got to improve.”

– No complacency for Chelsea –

Chelsea may be in pole position for the fourth Champions League place, but Thomas Tuchel’s men can ill afford to be distracted by the second leg of their Champions League semi-final against Real Madrid on Wednesday when facing Fulham in a west London derby.

The Blues opened up a three-point cushion over fifth-placed West Ham with a 1-0 win at the London Stadium last weekend.

But Chelsea face a tough run in with matches against City, Leicester and Arsenal plus another meeting with Leicester in the FA Cup final in the final month of the season.

Any slip-ups could not only offer encouragement to West Ham and Liverpool, but also Tottenham and Everton’s slim chances of Champions League qualification.

Everton are six points off the top four with a game in hand and need to end a wretched run at home when they face Aston Villa on Saturday to remain in the hunt.

Third-placed Leicester look to have learned from their mistakes in falling out of the top four in the final weeks of the campaign last season.

Victory at Southampton on Friday would take Brendan Rodgers’s men 10 points clear of the chasing pack with just 15 left to play for.