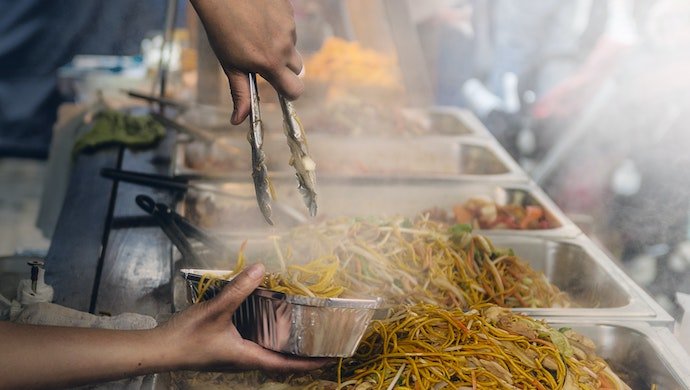 To learn more about the costs that diners face when ordering food to their homes, ValueChampion analysed the price of test orders from three of the most popular food delivery apps in Singapore: GrabFood, Foodpanda and Deliveroo.

We found that each app has different benefits and disadvantages for consumers, including not only the total cost of ordering but also promotional offers and the selection of open restaurants.

We simulated 60 orders from 20 restaurants in Singapore across GrabFood, Foodpanda and Deliveroo. Using each app, we selected the same order from the same restaurant and compared the resulting fees, totals, promotions and estimated delivery times.

The test orders were simulated over the course of multiple weeks at various times, including both lunch and dinner. We ordered from a variety of restaurants and ordered quantities ranging from one to four individual servings. Some of the menu items we chose for the testing included dumplings, Korean BBQ, pizza, Mexican, Indian, and poke.

Besides the cost of the food itself, most delivery apps charge variable delivery fees, service fees and if applicable, small order fees.

One of the first things we saw was that restaurants almost always offered the same menu prices across the three delivery apps. However, the addition of app fees led to significant differences in cost depending on which app we used to order an entree. These extra charges included:

Because platform fees were consistently very low and small order fees only appeared occasionally, we chose to focus on delivery fees. When we analysed orders where no promotions were offered, Foodpanda had the lowest average delivery fee of S$2.94, compared to S$3.04 at Deliveroo and S$3.76 at GrabFood. This included 9 of the 20 different entrees we ordered.

How much do delivery apps charge per order?

Despite FoodPanda’s clear advantage in terms of its low fee ratio, Deliveroo did find ways to compete closely on cost thanks to its many promotions. As for GrabFood, it consistently charged the highest average delivery fee regardless of promotions being available.

Overall, we also noticed that delivery app fees are actually the highest for smaller orders. Only seven orders had app fee totals over $S5, and six of them involved a food order costing less than S$15.

When we look at orders with no promotions, Foodpanda came out slightly ahead on delivery fees with an average of S$2.94. Without the promos, Deliveroo’s average delivery fee increases to S$3.04 and GrabFood remains the highest at S$3.76.

Small order fees can be expensive, especially when compared to the lower price of an individual meal. Some apps charge small order fees on orders that are below a certain dollar amount, which varies by restaurant. Deliveroo was the most expensive in this area, charging most of the small order fees we saw in our testing.

Although we only saw small order fees on nine of the 60 orders we tested, the actual fee amount was unpredictable. The small order fees we recorded ran from S$0.25 to over S$20.00, with an average of S$3.95. Out of the three apps we used, Deliveroo charged the highest and most frequent small order fees.

GrabFood and Foodpanda did not charge small order fees as often as Deliveroo, and when they did, they were under S$1.00. Small order fees have the biggest impact on individual orders, making it even more expensive for a single person to order food.

This makes it important for solo diners to check multiple delivery apps or consider a different restaurant to avoid small order fees.

Why small order fees? Restaurants usually choose the threshold for small order fees, which can be different on each delivery app. They may choose to do this when an app recommends it or if they get a high volume of small orders, which reduces their profitability.

In our experiment, it took trial and error to find restaurants available on all three delivery apps. A restaurant would often only be available on one app, or in the case of chain restaurants, not every location would be on every app.

Several times, we observed that GrabFood tended to have restaurants we couldn’t find as active on the other apps.

What’s more interesting is that for restaurants available on all three apps, operating hours varied. A restaurant would be available to order from on one app but closed on a different one.

This can be due to a restaurant favouring a certain app over another (and not using that app) or not updating their operating hours on all apps. If the restaurant you’re trying to order from is closed on one app, it doesn’t hurt to check a different app.

Our study didn’t find major differences in the cost of actual menu items or estimated delivery times across delivery apps. When food costs differed, it was generally because of a promotional discount for the specific restaurant.

Average estimated delivery times were similar across platforms, ranging from 29 minutes to 31 minutes.

Bottom line? Shop around before you order

Savvy consumers will understand why it makes sense to shop around when it comes to food delivery. Our data suggests that as a rule, you should check the restaurant you want on multiple apps in order to avoid small order fees.

Deliveroo is running any free delivery promotions. If you want something that’s not on FoodPanda or Deliveroo, you may have to spend more on GrabFood to get it.

Restaurants can also choose which apps to use and how to use them, which affects both their open hours and menu prices. Comparing the same menu across apps can save you a few dollars on each order and get you access to the restaurant you want.

If you order delivery often, using certain credit cards can help you save money on food delivery. Some cards have introductory offers that include vouchers for food delivery apps, like the OCBC 365 Card which offers a S$100 voucher for GrabFood.