It is here: Volkswagen Golf 8 GTI docks but… 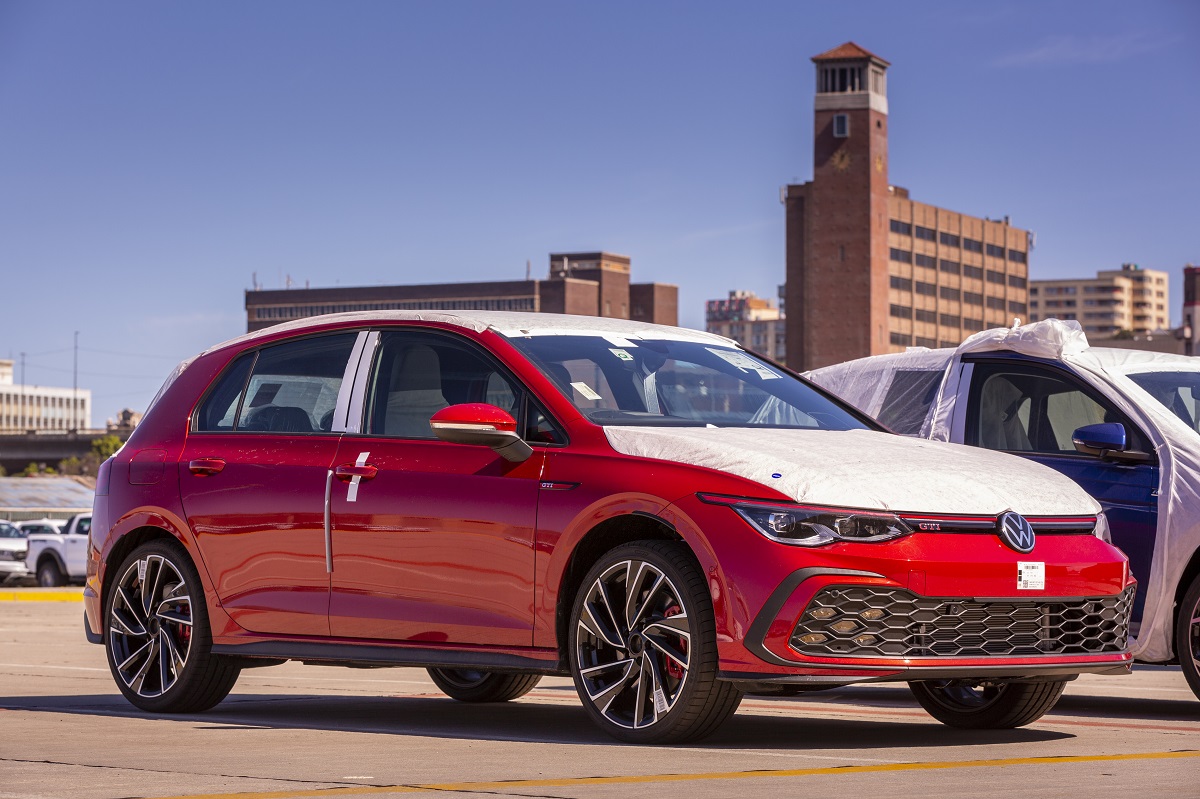 Having announced specification last month, Volkswagen has released images of the eagerly awaited new Golf 8 GTI on local shores for the first time.

Going on sale in the third quarter of this year and not the second as originally stated, the eighth generation of Wolfsburg’s yardstick hot hatch will produce 180kW/370Nm from its 2.0 TSI engine, resulting in a top speed of 250 km/h and 0-100 km/h in 6.4 seconds.

Like the 7.5 GTI, it will only be offered with a seven-speed DSG transmission, now without the gear lever as a toggle switch design has been opted for. It will ride as standard on 18-inch Richmond alloy wheels and among others, feature the 10.25-inch Active Info Display instrument cluster, model specific Vienna leather seats, the Light and Vision Package and a 30 colour ambient lighting system.

In a statement, Volkswagen Brand Head for Passenger Cars, Steffen Knapp, said the decision to delay the GTI’s unveiling to the third quarter stems from the global semi-conductor chip shortages that has affected all models based on the MQB platform.

“We are working closely with our German counterparts to ensure that we get as many Golf 8 GTI units for the local market as possible. A few Golf 8 GTI units started arriving in the country from mid-April. These units will be stockpiled until we have enough vehicles for the launch at the beginning of the third quarter,” Knapp said.

Accounting for 29% of the local hot hatch market with over 14 000 units sold since 2013, pricing for the GTI has not been disclosed, but expect a considerable increase over the R632 700 the soon-to-be-discontinued Mk 7.5 retails from.