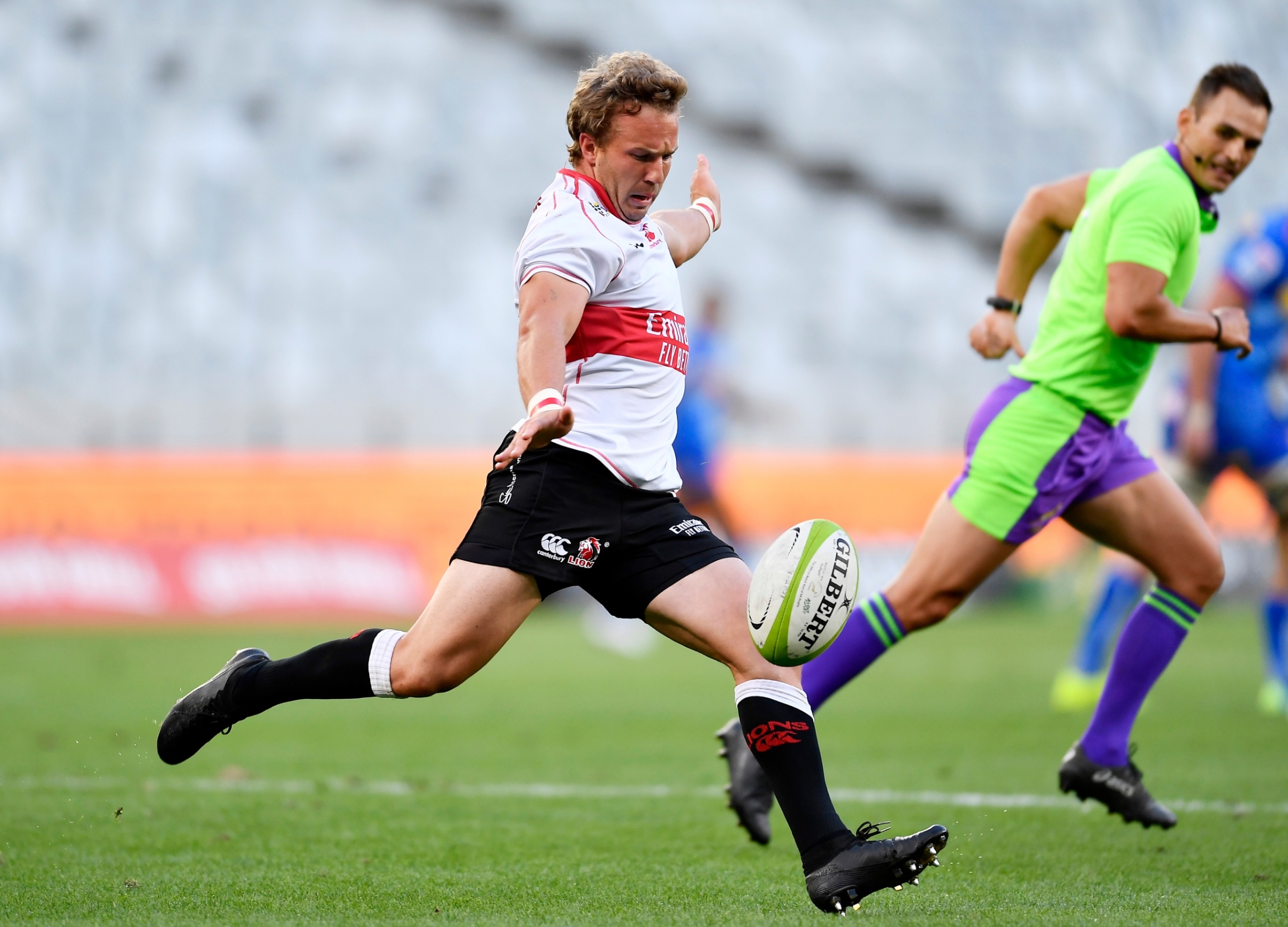 The Lions will be contemplating life after Elton Jantjies this week as they prepare for the opening round of the Rainbow Cup SA campaign.

This is one of several issues that will challenge Lions coach Cash van Rooyen ahead of their clash with the Bulls at Loftus on Saturday.

Experienced Springbok flyhalf Jantjies departed recently for Pau in France and it’s not only his game management that will be missed by the Lions, but also his experience and leadership.

Van Rooyen will have to choose between Fred Zeilinga and Tiaan Swanepoel to fill the massive void left by the former captain.

It is likely that Van Rooyen will give Zeilinga his first start, with his previous experience with the Sharks and the Cheetahs counting heavily in his favour.

Swanepoel has been a colossus with his long-distance goal-kicking and is the natural choice to take over that duty from Jantjies on a more permanent basis.

Though the jury is still out on his ability to handle the pressure of the Bulls’ kicking game, Swanepoel looked more at ease at fullback than flyhalf when he was tested in that position by the Lions in the Preparation Series.

Jantjies’ leadership will also be missed but Van Rooyen probably made the best decision by naming veteran lock Willem Alberts as the new skipper. Van Rooyen, who will name his match-23 on Thursday, will also have other selection issues to deal with apart from the pivot position, the most pressing of which is who will partner Alberts in the middle row.

With Alberts fulfilling the No 4 lock ‘enforcer’ duties with great efficiency, the search is still on to find the perfect No 5 lock with sufficient athletic ability after the departure of Marvin Orie.

Van der Sluys is the more experienced option, but Nothnagel is seen as a future Lions star, having captained the side in three of their four Preparation Series matches.

Van Rooyen will also look again at the balance of his loose trio with the likely starting combination being MJ Pelser, Bok hopeful Vincent Tshituka and Len Massyn at No 8.

But two former junior stars emerged in the Preparation Series – Mark Snyman in the No 6 flank position and Francke Horn at No 8 – which will leave Van Rooyen with exciting options.