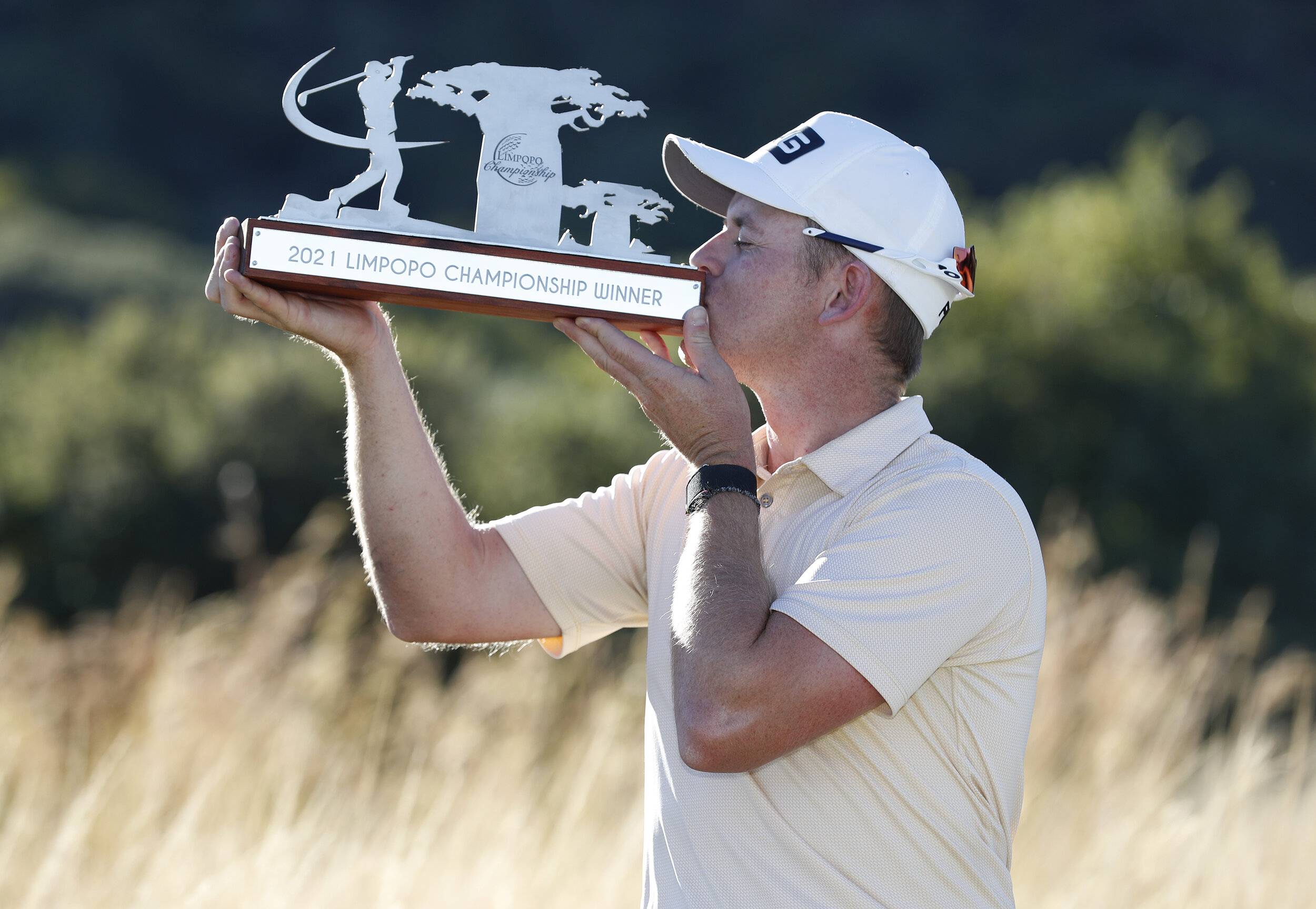 The night before the final round of the Limpopo Championship, Brandon Stone sat on a deck with a glass of Amarula in hand and watched a magnificent African sunset over the bushveld. Life was good. A day, and 19 holes later, it got even better for him.

Stone birdied the first extra hole to win a four-man playoff for this Sunshine Tour and European Challenge Tour co-sanctioned tournament at Euphoria Golf and Lifestyle Estate on Sunday.

It was the fifth victory of his professional career. But more significantly, it was his first Challenge Tour victory, his first playoff victory, and a much-needed win amidst a frustrating and uncertain time of Covid-19 interrupted schedules and global travel restrictions.

“I’m very happy to have this trophy in my hands. Every victory is special, and to win at home even more so. I haven’t won in a few years. I’m a very proud boy today,” said Stone.

Stone made the perfect start in Sunday’s final round, and with two birdies and an eagle on the front nine he turned at 10 under par for the tournament and with a two-stroke lead. But three bogeys and a solitary birdie in five holes from the turn opened the door for the rest of the field. With the closing holes to come, Stone was suddenly in a four-way tie for the lead on eight under with Hennie du Plessis, Oliver Bekker and Daniel van Tonder.

That’s how regulation play ended, sending them all back to the par-five 18th for the playoff. And then Stone played the hole to perfection as he won with a birdie to the pars of the rest.

“Let’s just say that these 19 holes of golf kind of summed up professional golf,” he said. “I felt invincible on the front nine. I never hit a bad shot and found myself 10 under for the tournament and the lead. Before I wiped the dust out of my eyes I was back in a share of the lead and then standing on the 18th needing birdie to win.

“I played the 18th perfectly. I hit a perfect two iron followed by a great three wood and then a nice little up and down.”

Stone now travels to Cape Town for the second of these three Sunshine Tour and European Challenge Tour co-sanctioned events, the Bain’s Whisky Cape Town Open which tees off at the Royal Cape Golf Club this Thursday.

“I’m just really looking forward to getting to Cape Town and to get going on Thursday again,” he said.