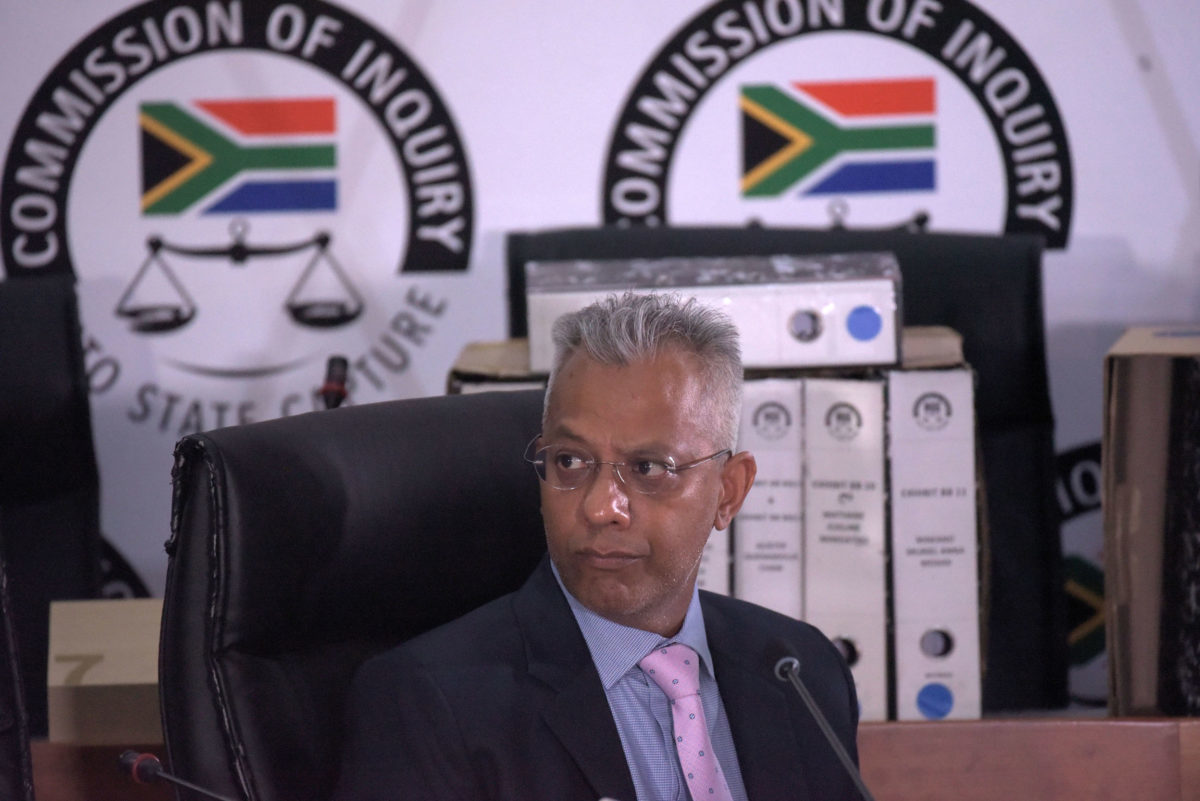 Singh’s legal representative, advocate Annalien van den Heever, asked Deputy Chief Justice Raymond Zondo that the commission adjourn for the day, after testimony from the former Transnet official on matters relating to his time at the rail and freight company.

The adjournment came as Singh, who is implicated in dodgy dealings with the Guptas in state capture, was being questioned by evidence leader Anton Myburgh about his bank statements as per the Fundudzi Forensic Report.

Singh agreed he had R19 million in his FNB account, with the statement being dated October 2015.

He told the commission he used an Absa account for debit orders.

The former Transnet official confirmed that he had not spent his salary for three years – from June 2012 to July 2015 – and that he keep large amounts on money in a money-market account, which had zero interest.

Asked how he funded his lifestyle without spending his Transnet salary before he was seconded to Eskom in August 2015 – Singh said “it was concerning that the commission did not have an answer to that question” despite the commission having access to his bank statements.

“It goes to the point that the commission these documents. You have conducted an analysis of this account. The bank statements that you have indicates that the lifestyle was funded through those bank accounts,” he said.

Explaining why it took him a while for him to move money to accounts that generated interest of R100,00 in 2016, Singh said “there was a need for me to maintain this account to have liquidity”.

“At some point I was approached by a private banker who suggested that there’s a better way to still have access to the funding and have liquidity… and still have interest. Money market account… That’s the point in time I then agreed to open these money-market accounts,” he said.

When Zondo further asked him why he thought he would need millions readily available, Singh said he could not disclose the reason publicly.

Zondo on Thursday told Singh that he seemed like he was ‘Mr Cash’ when the former Transnet official was questioned about his his frequent trips to Dubai in the United Arab Emirates (UAE).

“Now you are in Dubai and you’re supposed to settle your tab, which is quite high, R60,000, and you use cash to settle it, on your version. It’s like you are Mr Cash.”

Singh had dismissed allegations that the trips he made to the Middle Eastern city were paid for by the Gupta family.

The commission had also heard that the former Transnet official had eight safety vaults to store cash and other valuables – instead of four.

The related to witness 3’s evidence, who testimony at the commission last year,  that Singh would often carry a bag, which on occasions was filled with R100 or R200 notes, and that the former Transnet official would regularly lock up the money in a vault.

Singh previously said he would store up to R200,000 in cash that he made from gambling and moonlighting.