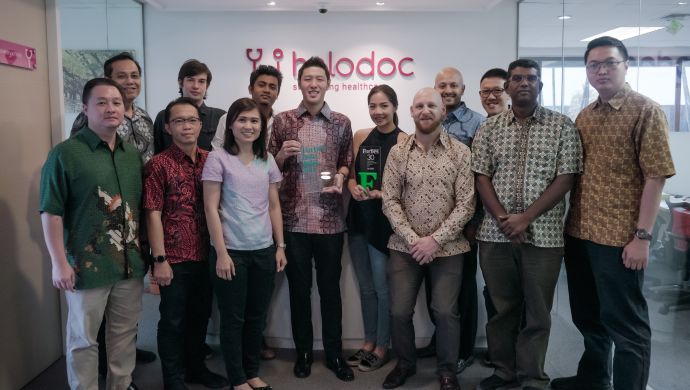 Halodoc plans to channel the fresh capital towards expansion plans in its healthcare verticals and improve the patient experience on its platform.

This brings the total funds raised by Halodoc to US$145 million, according to Crunchbase data. The company had last raised US$65 million in a Series B round in March 2019. The health tech startup also counts the Bill and Melinda Gates Foundation among its backers following the latter’s Series B-plus investment in July 2019.

Halodoc was first launched in 2016 with the approach of a digital-based healthcare service that enables patients to communicate directly on smartphones and desktops to 20,000 licensed doctors in the country, whenever and wherever.

Also Read: How HaloDoc aims to open greater access to healthcare for all Indonesians

In an earlier interaction with e27, Halodoc CFO Jon Richards explained that as a telemedicine platform, helping more people in Indonesia getting greater access to healthcare is one of the company’s greatest milestones.

“Access to healthcare in Indonesia is and has always been a challenge. When you live in a big city, the challenge is congestion: The problem of [how to] get there. [Big cities are] congested, hard to get around. If you live outside of the big cities there are just not enough doctors – that in itself is a different set of challenges. But now with HaloDoc, distance is less of a factor,” he said.