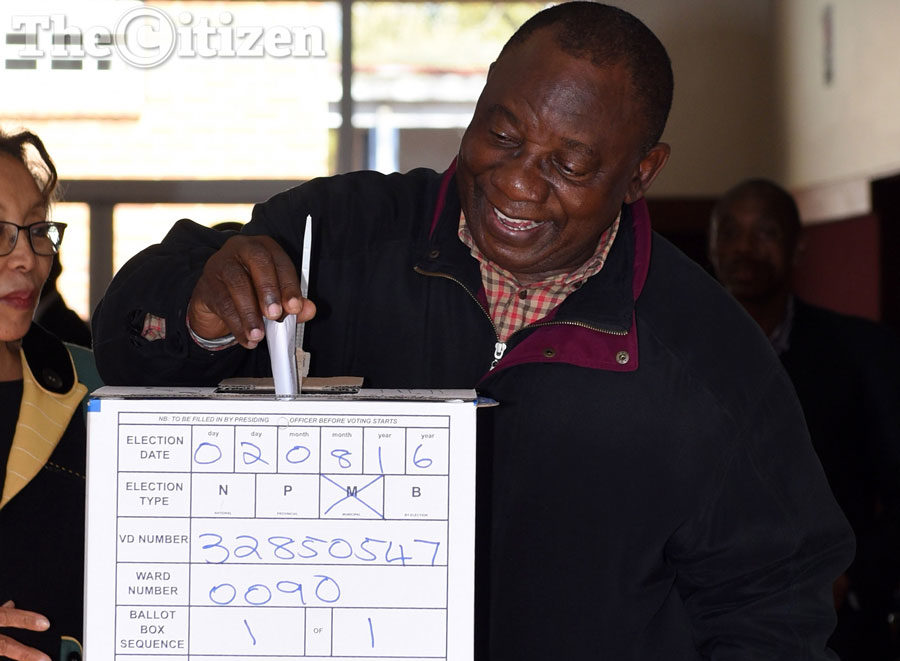 President Cyril Ramaphosa has announced the date for the 2021 local government elections.

In a statement on Wednesday evening, the Presidency said elections would take place on Wednesday, 27 October.

“This will be the sixth time under South Africa’s democratic dispensation that voters will elect leadership and public representatives at metropolitan, district and local level,” the Presidency said.

“The minister of cooperative governance and traditional affairs will follow the necessary legal process to proclaim the date and undertake other requirements.

“The president urges eligible – and especially first-time voters – to ensure they are registered to participate in the elections which provide the basis for development and service delivery closest to where citizens live.”

Although some opposition parties, such as the Economic Freedom Fighters (EFF), wanted the elections postponed, Ramaphosa hinted last week that they would go ahead this year as scheduled. The EFF cited the inability to campaign due to Covid-19 restrictions as the reason behind their call for a postponement.

Addressing a by-election campaign in Durban last Thursday in his capacity as ANC president, Ramaphosa said as the ruling party they believed that the upcoming local government elections should go ahead, adding that the governing party was ready for them.

Earlier in April, the Independent Electoral Commission (IEC) told Parliament that they were ready to deliver free and fair elections when called upon to do, adding that the Constitution did not allow for a postponement.

IEC vice-chairperson Janet Love said not having the election would lead to a legitimacy problem for current councillors when their terms end.

“The Constitution further dictates an election must be held within 90 days of the expiry of the term,” he said.