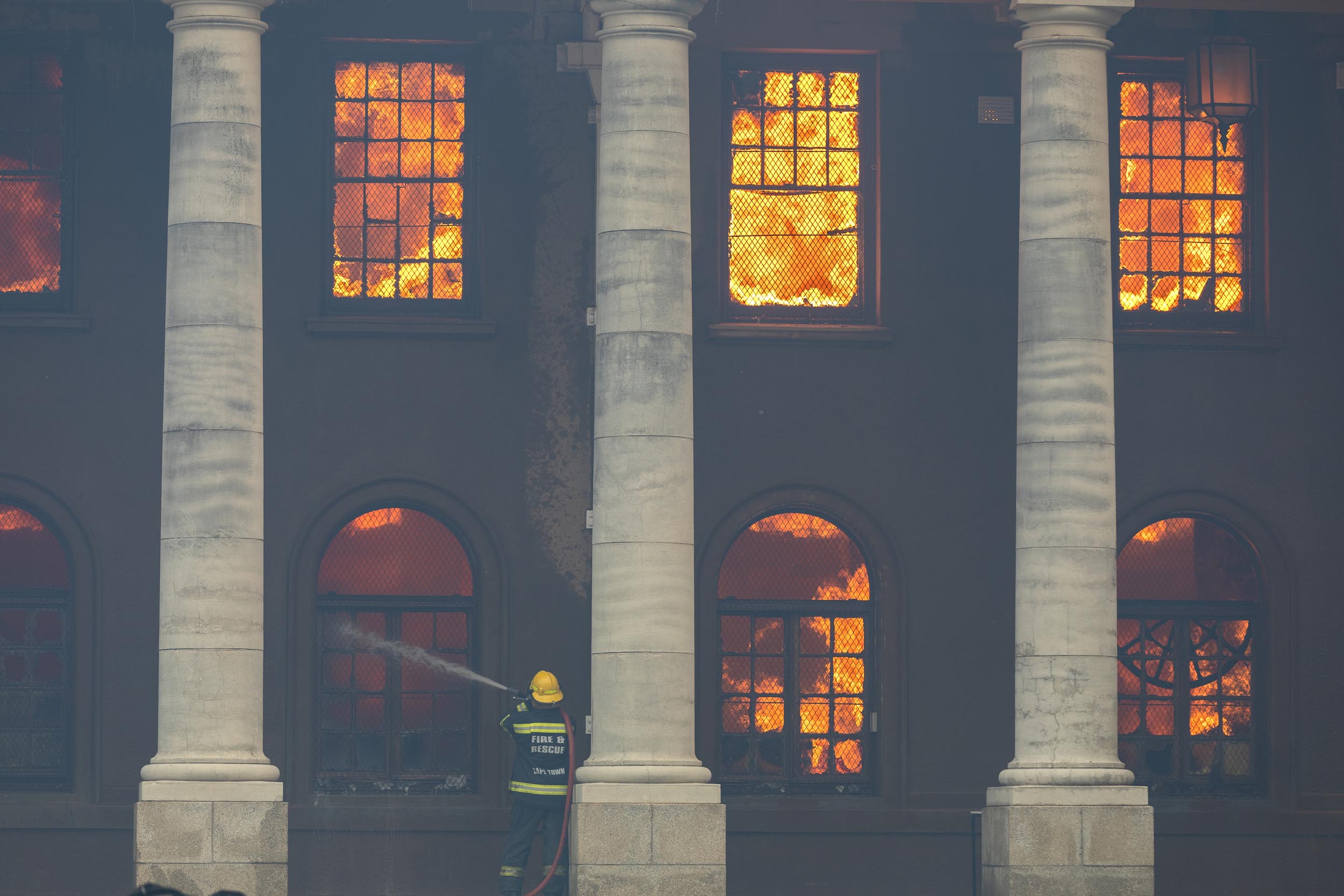 Cape Town – It was no ordinary library. The University of Cape Town’s Jagger Reading Room, destroyed by a runaway fire this week, was a beacon of African history and intellect.

The African studies section of the 1930s library was engulfed by flames on Sunday when a fire sparked on the foothills of the city’s iconic Table Mountain spread to the nearby campus.

Parquet-floored and lined with columns, the vast room housed a unique collection of African books and archives under its domed ceiling.

The more than 85,000 books and 3,000 films were renowned across the continent and beyond.

ALSO READ: Five things you need to know about the Cape Town fires

Academics and alumni voiced their distress on Tuesday as university staff started assessing the extent of the damage.

“The library is the heart of a university,” said Cameroonian professor Divine Fuh, head of the university’s Institute of Humanities in Africa.

“When you see that place in flames, it’s like you just die.”

With African knowledge having been “devalued for years, for centuries” the library also offered a “symbolic” space beyond its practical use, said Fuh.

Students voiced their dismay in messages on social media.

Some shared images of bright orange flames shooting through the library’s tall paned windows, plumes of smoke billowing from the roof.

“I’m so heartbroken and sore over the UCT fire. Seeing pictures of the library on fire is sending me through the roof. My mind was shaped in that institution,” tweeted Paballo Chauke, a South African who also studied at Oxford university.

Historian and anthropologist Marissa Mika, who is writing a book on Uganda, tweeted that she studied at UCT in 2002 and the library “shaped the course of my life for the past 20 years. Heartbroken for all that’s been lost”.

“That library really gave me a sense of affirmation, of belonging because I could find things in there that connected me to this land,” said Bam-Hutchison, who heads the Khoi and San unit at the university’s Centre for African Studies.

The banned literature — only accessible with a special permit — offered her a glimpse into an unknown world of African intellectuals narrating the history of the continent before its colonisation.

Bam-Hutchison had since encouraged her own students to browse the library’s collection to deepen their knowledge and find inspiration.

Its rare archives attracted scholars from around the world, she added.

While many have been digitised, “there is something about touching”, she said.

Three other university buildings were damaged by the blaze, including two residence halls.

Several private and historic buildings have been destroyed, including the Rhodes Memorial Restaurant and the 18th century Mostert’s Hill windmill.

While parts of the library were still smouldering, staff had started the daunting task of working through the debris to evaluate the damage.

“This is a huge loss,” the university’s vice-chancellor professor Mamokgethi Phakeng said in a statement.

“But we will recover, and recover stronger.”