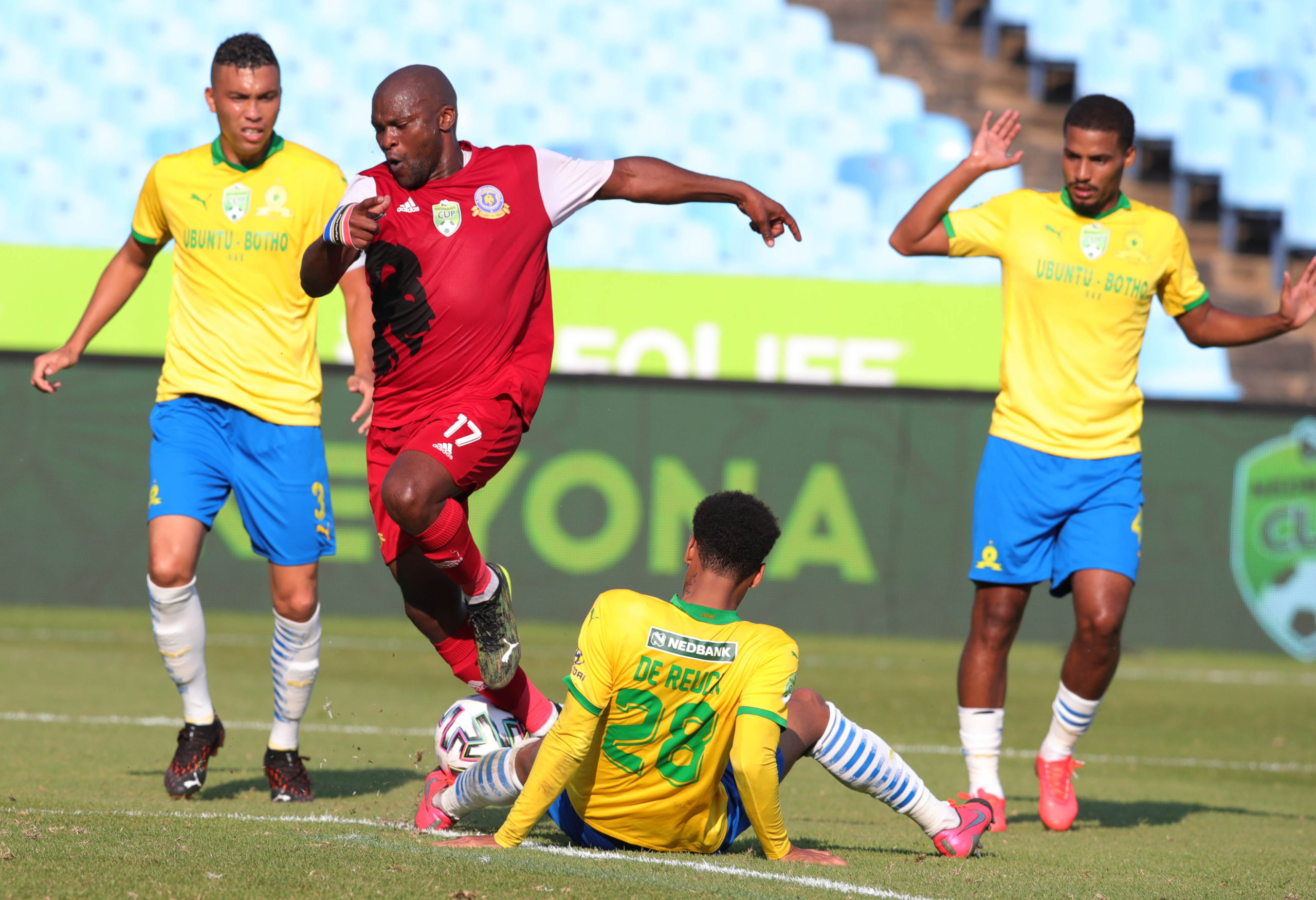 Tshakhuma will now meet Chippa United in the final after the Chilli Boys beat Pretoria Callies in the other semi-final match played on Saturday.

Tshakhuma Tsha Madzivhandila displayed what was a gallant fight to push Nedbank Cup champions Mamelodi Sundowns to the lottery of penalties and beat them 6-5 at Loftus Stadium on Sunday.

This was after both sides could not find the back of the net in regulation and extra-time.

TTM scored all of their spot-kicks as Downs skipper Hlompho Kekana saw his effort saved by Washington Arubi in sudden death.

Arubi, who was voted Man-of-the-Match, was the big difference in the tie, pulling fine saves to make sure Tshakhuma fought until the end and set-up a meeting with Chippa United as both sides will be making a first cup final appearance.

It seemed as though Dylan Kerr and Mpho Maleka took Manqoba Mngqithi’s advice earlier in the week when he said Tshakhuma should not sit back but take the game to Masandawana if they are to stand any chance at beating them.

Kerr and his technical team took that and ran with it as they did not fold their arms and wait for Downs to come at them, they launched waves of attack, particularly in the first stanza of regulation time and much to the frustration of Sundowns as they took them to extra-time.

In regulation time and throughout extra-time, the Brazilians tried to impose their experience and class but the visitors were having none of it, not allowing Sundowns to bully them as they continued their bravery at the home of the defending champions until they forced the tie into extra-time.

Downs coaches were the first to turn to their bench, calling on Lyle Lakay in the place of Lesedi Kapinga. Sundowns’ first real chance came in the 55th minute when Tshakhuma’s defence could not clear Gaston Sirino’s cross, which then fell to Themba Zwane but he uncharacteristically ballooned his shot into the stands.

Sirino was once again at the end of a Sundowns attack, this time he broke free from his markers, surged into the box until Diamond Thopola caught up with him and brought the Uruguayan down in the box as the whole Downs bench were up in arms calling for a penalty but referee Jelly Chavani waved play on. That was the last bit of action from Sirino as he was replaced by Sibusiso Vilakazi in the 70th minute.

TTM had a chance to get ahead in the final 10 minutes of regulation time when they launched a counter attack and Thembisani Nevhulamba was at the end of it. However, his shot was narrowly off-target. On the opposite end, Washington Arubi showed his experience when he stretched out his right hand to stop a Vilakazi shot, making sure that the sides went into extra-time.