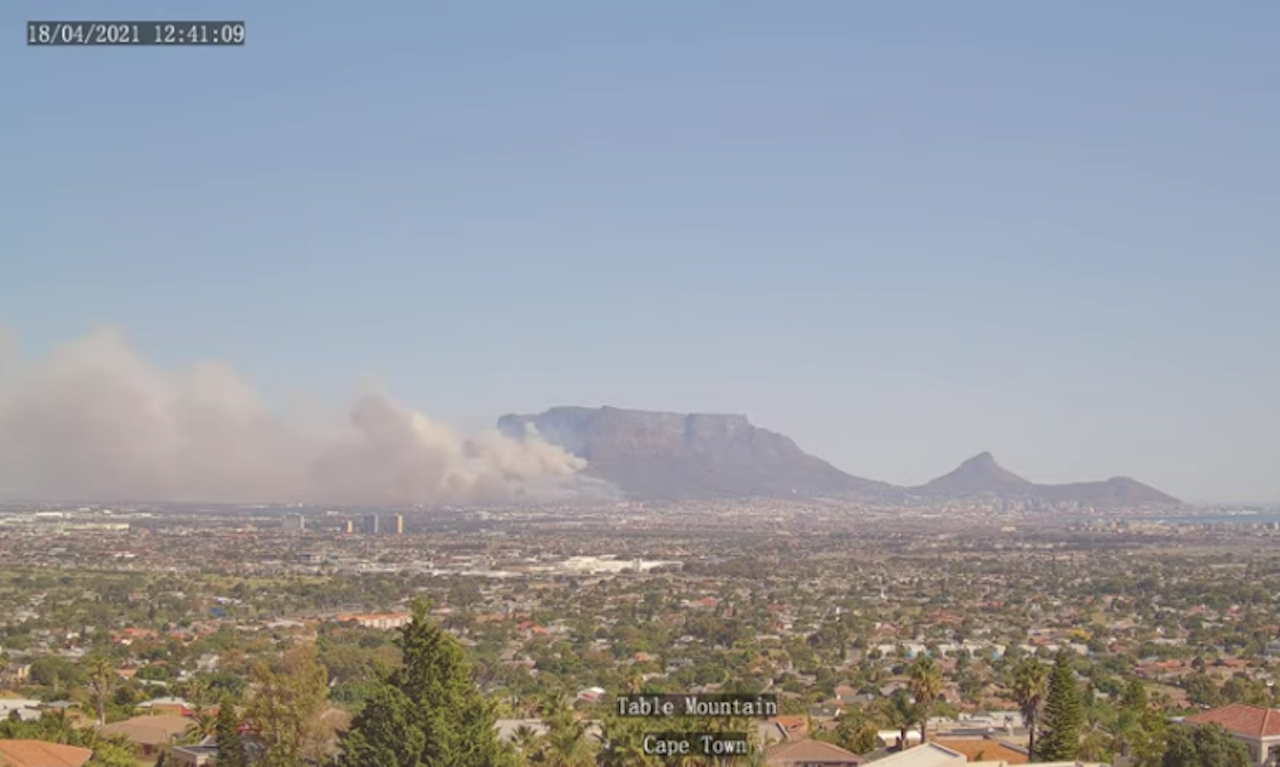 Hikers were urgently evacuated at Rhodes Memorial restaurant in the Table Mountain National Park (TMNP) after a veld fire broke out on Sunday.

SANParks Table Mountain National Park requests that all hikers within the Newlands and Rhodes Memorial area evacuate with immediate effect. Cars parked within these sections need to be moved as a matter of urgency. TMNP officials said the fire was out of control and requested that all onlookers refrain from entering the area, and keep the area clear for emergency vehicles to pass.

According to reports, the restaurant has been badly damaged.

#Incident #fire The Rhodes Memorial Restaurant, Cape Town has been totally destroyed in a massive Veld Fire in the area. The fire is currently raging out of control. All services on scene.. @BOSBEER2006 @1SecondLater @MARIUSBROODRYK @News24 @wo_fire @TableMountainNP pic.twitter.com/Z4cuXvCkj0

“The Table Mountain National Park (TMNP) have dispatched crews from  @NCCWildfires and  @wo_fire to assist with fire suppression efforts.”

I think my Car has been destroyed as I cannot reach Rhodes Memorial and think I managed to outrun the fire -can anyone tell me if the cars at Rhodes Memorial are safe and where do I need to run to get away from the fire? Newlands Forest? @wo_fire @cptfrs #fire #CapeTown pic.twitter.com/d0xICuvupS

Note: This is a developing story. More information to follow as it becomes available