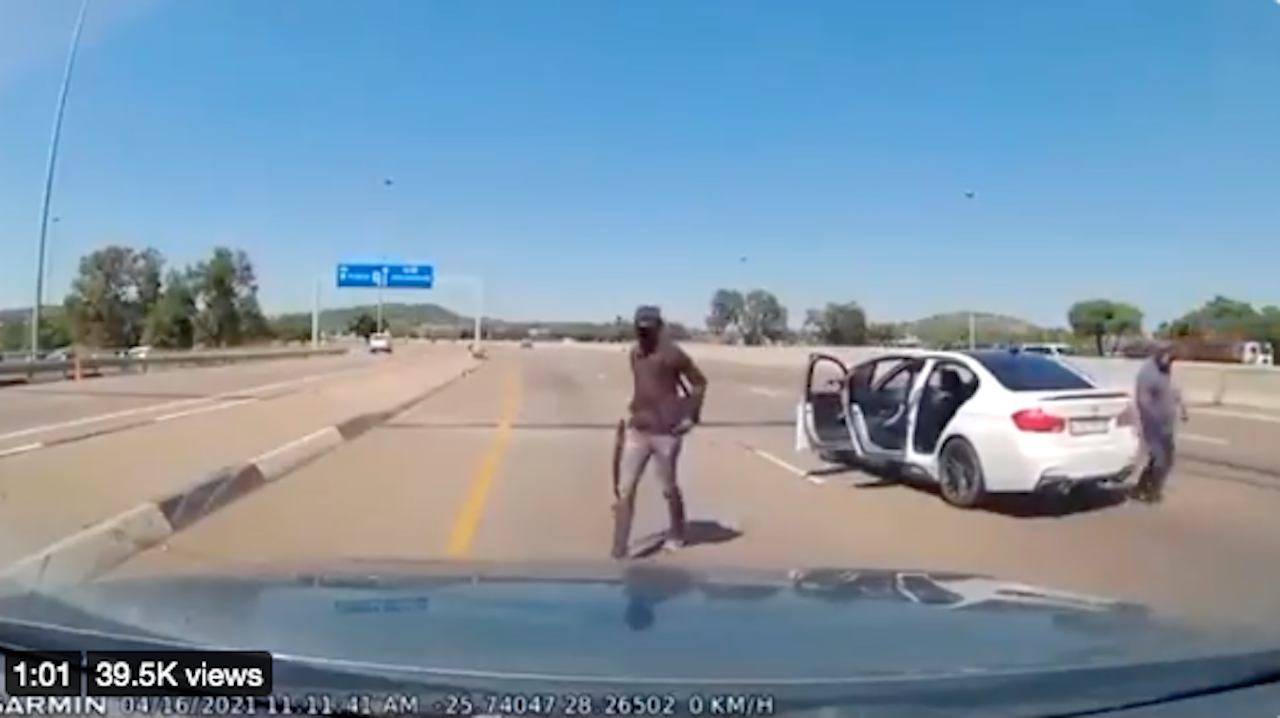 A car travelling along the N4 highway in Pretoria recorded a brazen robbery incident in the middle of the day through dashcam footage.

The driver of the car was forced into the emergency lane by a white BMW transporting a group of thugs.

As the car abruptly stops, the BMW can be seen stopping a few metres ahead, in the middle of the highway.

Three heavily armed men then exit the BMW and shout for the driver to open the door.

According to Yusuf Abramjee’s tweet, the driver had just withdrawn a large amount of cash.

It is presumed the thugs had watched the person withdraw the money, and proceeded to follow the victim home.

After robbing the victim, they speed off.

The dashcam footage continues to film as the victim sits in the car in shock. Luckily, it does not appear as though anyone was harmed in the incident.

Watch the shocking footage below:

As traumatic as the footage appears, Twitter comments were inundated with suspicions, with many saying the robbery had to have been a set-up involving the driver.

We have seen robberies and hijackings footages, this isn’t one of them. Pure set up and act, no forced stop or pulling over, not even blocking the road like normally done. The driver had ENOUGH space and time to drive away. This action won’t cut it even on UZALO, Cut, Cut…..! pic.twitter.com/S8Y01QfY91

No no no I feel the drive is involve here. On the freeway? I could never stop like guys we watch soo many movies and he had so much space to even jump on the other side as his car looks bigger (SUV) why did he stop like that. Hayi and if camera had sound why was he quiet?

However, others pointed out the victim’s tyres may have been shot by the thugs, which could explain why the car did not immediately drive away.

They can simply shoot your tyres dummy

Why did he stop pic.twitter.com/W1eDoRDvXb