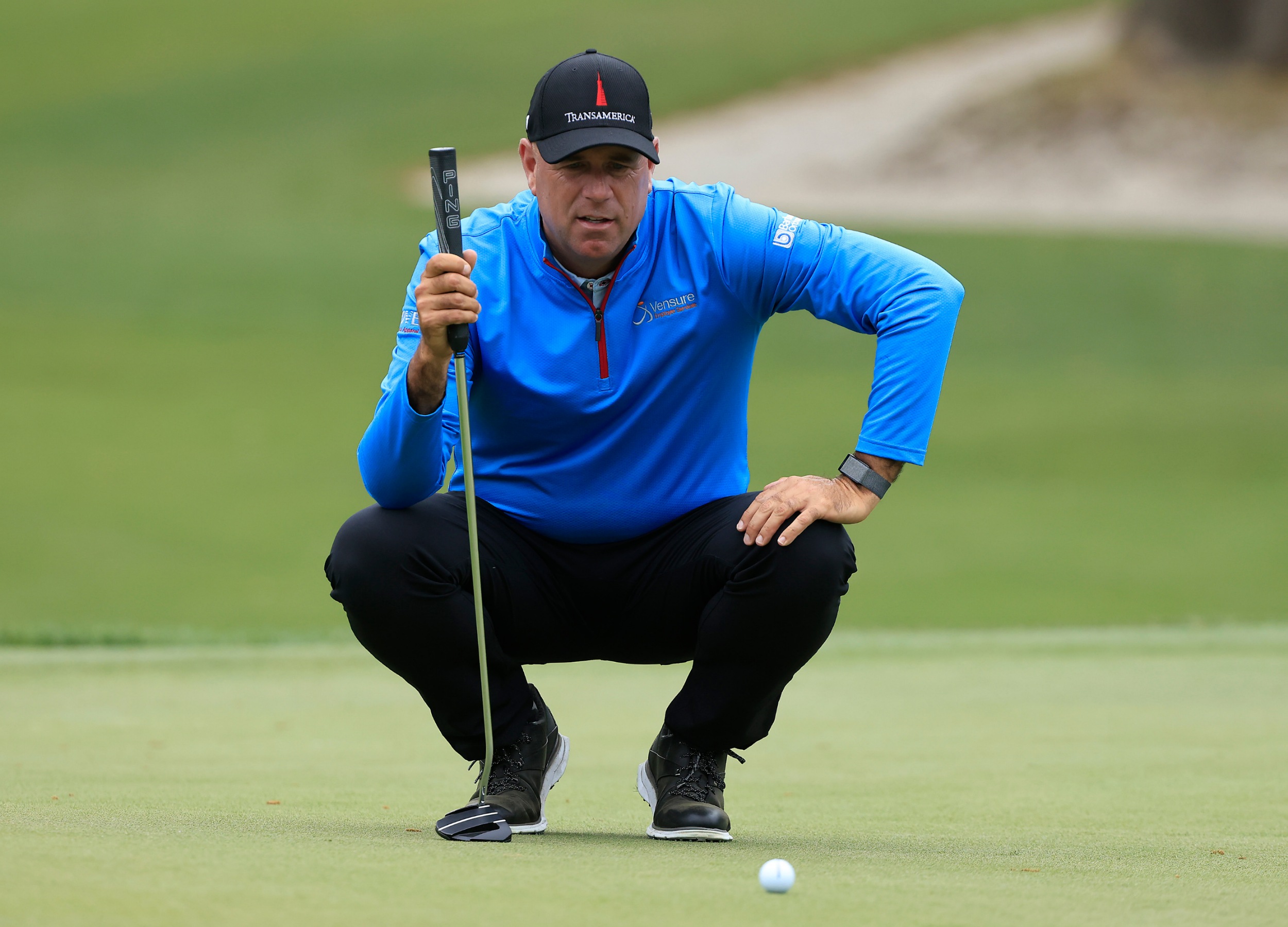 Veteran Stewart Cink kept the accelerator down at the RBC Heritage on Friday, firing a second straight 63 to take a five-shot after the second round.

Cink, 47, is a two-time winner of the tournament at Harbour Town Golf Links, but his back-to-back rounds of eight-under are his best ever at the Hilton Head Island, South Carolina course, where his 16-under total put him five in front of Canadian Corey Conners.

Argentina’s Emiliano Grillo was alone in third after a 64 for 10-under 132.

“I don’t know,” said Cink, whose two prior Harbour Town wins came back in 2000 and 2004. “It doesn’t feel like anything all that special to be honest.

“We just kind of worked our game plan. We haven’t had too much wind, and so this course without a lot of wind, there’s just not that many surprises when you have a lot of experience around here, and I think we’ve kind of gotten what we expected out of most of our shots, and we’ve put it in the right place a lot.”

Starting the day one shot behind Australian Cameron Smith, Cink got going with an eagle at the par-five second, where he was left off the tee but landed his second shot nine feet from the pin and made the putt.

Cink ended an 11-year title drought with his victory at the Safeway Open in September — his first win since he won the 2009 Open Championship at Turnberry.

He’s added five more top-20 finishes this season, including a tie for 12th at the Masters last week, his resurgence coming with his son, Reagan, as his caddie.

“I love playing golf,” Cink said of his continuing motivation. “I don’t really want to stop doing this as a job, and the guys that come out here year after year get better and better, younger and younger, and they don’t make it any easier, so I have to continue getting more out of myself and managing myself different ways, and Reagan has been a huge help as far as that goes.”

Conners countered a double-bogey at the 14th with nine birdies in his seven-under 64.

“Hit my irons really well and was able to roll in some putts,” said Conners, who made six of his birdies on his inward run over the front nine holes.

Grillo had seven birdies, including at 17 and 18 to cap his round and snatch solo second.

Smith, meanwhile, was unable to match the fireworks of his first-round 62, firing three birdies with three bogeys in an even par 71 that put him at nine-under 133, where he was joined by Americans Collin Morikawa (68) and Billy Horschel (67) and South Korean Im Sung-jae (65).

“I think the golfing gods got a few back on me today,” Smith said. “They let everything in yesterday, and today I thought I was putting really good and just had a lot of putts that went over the edge, didn’t go in.”