Is everything hunky-dory with public listing via SPACs? 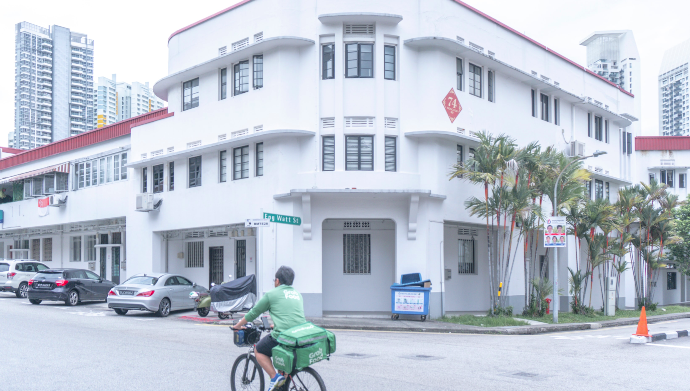 The stage is set for Southeast Asian ride-hailing behemoth Grab’s public listing in the US. The Singapore-headquartered company has confirmed its partnership with Altimeter Growth Corp., a special purpose acquisition company (SPAC), and plans to list its shares on the NASDAQ at a valuation of US$39.6 billion in the coming months.

The SPAC merger for Grab, which also includes private investments in public equity (PIPE) of a sum exceeding US$4 billion, is to date the largest US equity offering by a Southeast Asian company.

Experts believe that this sets a record-breaking benchmark for aspirant unicorns originating from Southeast Asia. It is also a momentous motivation booster for many startups in the new digital economy of this region, as listing via SPACs is unlocking a new path to liquidity and public markets.

No doubt, this will inspire many a tech unicorns in SEA to take the SPAC route for public listing.

However, is everything hunky-dory with listing via SPACs? Isn’t it a backdoor way to take a company public with questionable investors?

We posed these questions to a few industry watchers, mostly venture capitalists, in Southeast Asia.

Also Read: Traveloka in talks for a merger with Peter Thiel’s SPAC to go public: Report

Here is what they said to us (comments have been edited for clarity, style and lack of space).

In general, SPAC listing does carry higher risk but sometimes it can also generate a potential higher return if the company outperforms the prediction,  similar to late-stage startup investing.

Therefore, the risk/reward is tied to the projection versus the actual realised numbers. Also, the sponsors of a SPAC usually are able to obtain ownership at a discounted price when the SPAC makes an acquisition (this is called D-SPAC).

Therefore, they are incentivised to get a deal done instead of maximising the return. This is a misalignment with the investors whose focus is to maximise the internal rate of return (IRR).

However, there are reasons that motivate both investors and companies to go for the SPAC route and that’s why it became so popular since last year.

First of all, listing in the US is substantially more expensive than listing in other markets or listing via SPACs. Also, a traditional IPO requires a lot of roadshows and physical meetings, which are not possible due to the COVID-19 crisis.

This is why SPAC has become one of the go-to solutions because of its lower cost. It is also more time-efficient and doable in the current environment.

Also, if you look at a bigger picture, the US is actually opening up its private market to non-accredited investors — starting from launching Job Act a few years ago, allowing retail investors to acquire startup shares online through approved crowdfunding for equity websites, to making new regulatory reforms by the SEC.

Grab’s listing, no doubt, prepares the stage for more Southeast Asian companies — such as gojek, Bukalapak, Tokopedia and Traveloka — to go public through SPACs. However, this won’t have effect on SEA’s startup ecosystem, as behemoths like Grab and gojek are no longer startups, technically speaking.

Grab is considered to be past-Series H stage with outstanding US$10.1 billion already raised to date. There’s basically no room for it to raise next round, other than launching an IPO — which was considered a possibility by CEO Anthony Tan in November 2019, if and when Grab’s entire business would be profitable.

However, the profitability part never happened. According to documents filed to the SEC by Altimeter Growth on April 13, we can see that Grab posted net loss of US$2 billion+ for three consecutive years through 2020. Net loss in 2020 alone was US$2.7 billion, while net revenue was US$1.19 billion.

Grab forecasts that its EBITDA is going to be positive by US$500 million, while for 2020, it was negative at US$800 million. Presentation goes creative in convincing how EBITDA is positive, for example, for some of the businesses (i.e. in the mobility segment since Q4 2019).

Grab’s valuation before the SPAC deal was around US$15 billion, but with the SPAC and IPO deals, it is now valued almost US$40 billion. The market signal, I think, is that even with negative EBITDA and past-Series F and H stages, a company can still go for an IPO and remain highly attractive for investors — which I think is giving a controversial message to young startups.

In contrast, for investors, it means there’s still a possibility for a good exit even at the latest stage. SPACs, despite the criticism they receive, serve as a good solution for late-stage companies that are hungry for more investments.

The Grab listing is positive for the startup ecosystem. It will expose the ecosystem to more international institutional investors. Also the listing will be a good exit for early investors and employees who subsequently might re-invest that capital in startups.

The rise of SPACs have changed how the market views them. Well-known institutional investors have been backers of several large SPACs. A few years ago, SPACs might have had a questionable reputation but I don’t think that is the case now.

Prior to 2020, SPACs were not as common and not always used in the best settings, hence some of the criticism But the main criticism today is that there may be too many SPACs in the market, leading to some SPAC sponsors overbidding or not making the best investments in an effort to close a transaction before the end of their investment period which tends to be 24 months.

Also Read: Catcha joins SPAC bandwagon, files for a US$250M IPO in US

There are great SPAC managers and less experienced ones and they should ultimately be evaluated on a case by case basis, but can’t be characterised as a category as a whole as being a good or bad investment.

Grab’s move appears to be a landmark transaction as the largest SPAC in the history of SPACs and the most valuable SEA company to be listed in the US which certainly sets an impressive precedent if completed successfully for other large exits to come.

SPAC is just one mechanism to go public and not all SPACs are equal. This is similar to the fact that not all IPOs are equal as well.  What matters more is always the underlying asset and business fundamentals in consideration, whether via a SPAC or typical IPO listing.

In Grab’s case, there are some serious backers, which include the likes of Fidelity, BlackRock, T. Rowe Price, Temasek, PNB, Mubadala, and Janus. These are top-tier investors that any company going public would love to have on its book.

Grab’s listing puts paid to the perception that the SPAC route to the stock market is a back-door capital market entry for companies that either lack fundamentals, have questionable prospects and/or shady management. There would always be the unavoidable black sheep in every market.

Grab’s listing structure and terms show that the management is focused in expanding its burgeoning footprints with the funds from the listing. The CEO has made it clear that Grab will be a force to be reckoned with in its core businesses, underscored by a respectable financial performance in 2020.

Photo by Rayson Tan on Unsplash

The post Is everything hunky-dory with public listing via SPACs? appeared first on e27.