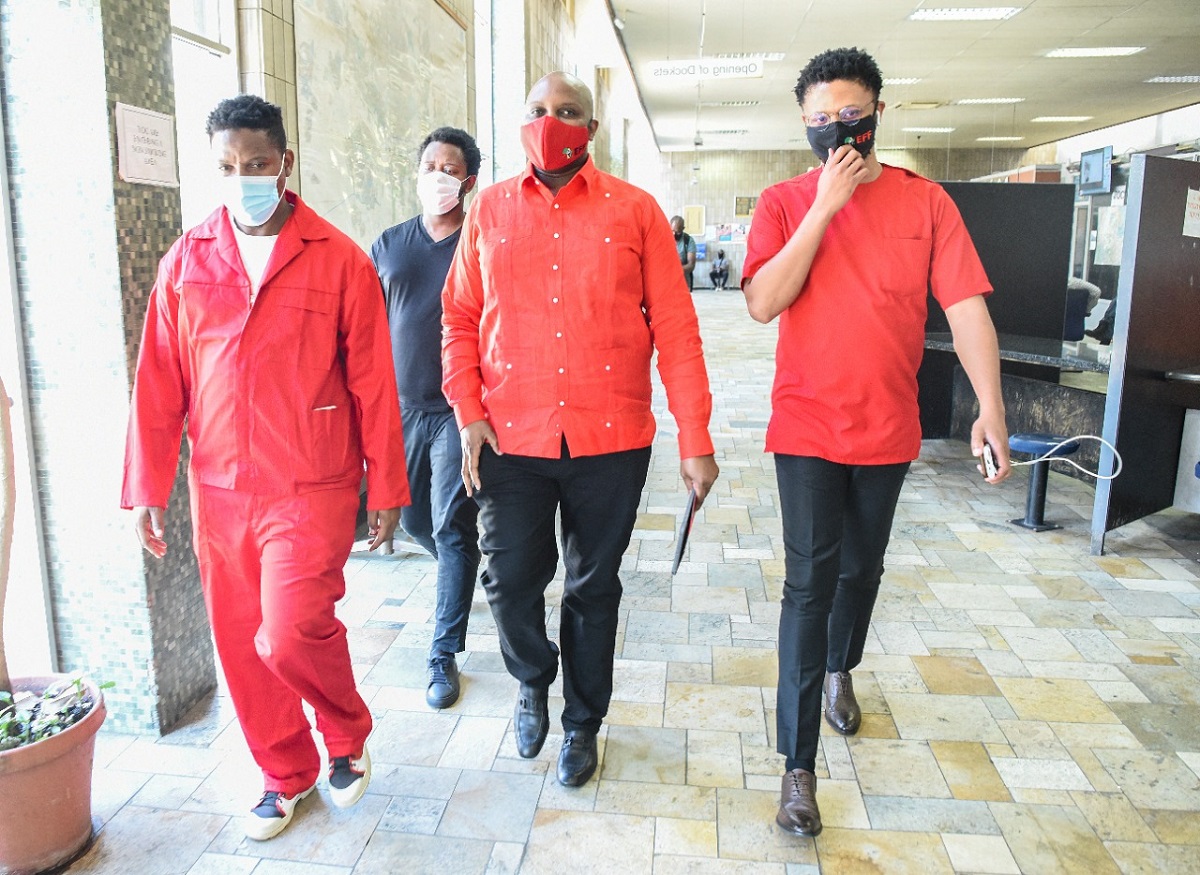 The Red Berets laid a criminal complaint of corruption against Gordhan at Hillbrow police station in Johannesburg.

This followed Chief Justice Mogoeng Mogoeng telling the Judicial Services Commission (JSC) on Tuesday that Gordhan in April 2016 held a meeting with him to enquire about the performance of Pillay at an earlier round of interviews for judges to be appointed to the Constitutional Court (ConCourt).

Pillay was among the candidates vying to be appointed to the apex court.

‘Gordhan is up to no good’

Shivambu said the EFF believes that Gordhan violated section 3 of the Prevention and Combating of Corrupt Activities Act, which prohibits state officials from abusing their authority.

“We lodged the complainant to say that we think what Pravin Gordhan did basically amounted to corrupt activity. Corruption is not just about the exchange of money. It’s about abuse of positions of authority,” Shivambu said.

“We’ve been saying that Pravin Gordhan is up to no good and this is going to expose his shenanigans if the police follow it thoroughly.”

He said the Red Berets would also write to the Office of the Public Protector to investigate whether Gordhan violated the code of ethics governing the conduct of members of the Cabinet.

Shivambu said the EFF would also write to the parliamentary ethics committee to ensure the minister faces a disciplinary hearing.

“Here’s a clear violation of the Constitution and the principle on the separation of powers. We are going to make sure that Parliament follows up in this particular regard,” he said.

Shivambu also said when MPs reconvene from their recess, the EFF would decide how it would respond to Gordhan’s presence in the national legislature.

“We’ll see if we will allow people who deliberately violate the Constitution to address Parliament and speak in committees as if nothing happened. We’ll decide when the time is right,” Shivambu said.

Why is Mogoeng speaking now?

When asked why Mogoeng only spoke out now about the 2016 meeting, the EFF leader said this was because Pillay confirmed during her interview on Tuesday she was indeed friends with Gordhan.

“The chief justice can’t go around lodging complaints against judges underneath him because he will appear as if he is in pursuit of a political programme. He can’t be a complainant who later on has to adjudicate on the same case,” he said.

“So, there is nothing wrong that the chief justice did. He was waiting for an opportunity to expose this.”

Meanwhile, Gordhan denied he had attempted to influence the chief justice or the JSC in the appointment of judges. He said he had written to the secretary of the JSC to provide clarity about Mogoeng’s claims.

The minister said he had only ever engaged with Mogoeng in his official and professional capacity on several occasions. He admitted that he did refer to Pillay’s interview with the JSC, but only “in passing”.

But, Gordhan said his enquiry about Pillay was purely incidental. He also confirmed that he and the judge are friends.

“I want to state emphatically that I would never, nor did I in any way, seek to influence the Chief Justice or the JSC in the appointment of judges, whose independence I have always respected.”