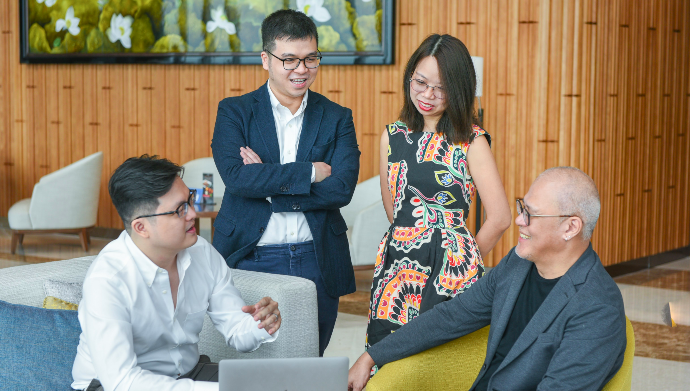 Touchstone Partners, an early-stage VC firm investing in Vietnamese startups, has announced the first close of its debut fund.

As per a press announcement, Touchstone has received commitments “well in excess of half of the target US$50 million”.

Sectors of interest include fintech, real estate, healthcare, edutech, and technology that enhances efficiency in major value chains such as manufacturing and agriculture.

“With Touchstone, we want to be a force for positive social development and to set high standards for venture investing in Vietnam. We will play a bridging role to support startups, prioritising long-term cooperation, fairness, transparency and mutual respect,” said Tran, Managing Partner of Touchstone.

With a population of nearly 98 million, two unicorns and over US$290 million in startup funding in 2020, the Vietnam tech ecosystem is now entering a new era.

The country is well-positioned for the post-COVID world, with a large and growing middle income population, a conducive environment for innovation and technology adoption, and stable government policy.

The Southeast Asian country is teeming with entrepreneurial energy, fuelled with a large influx of Vietnamese technical and business talents coming back in droves after years of education and work abroad and executives at local conglomerates, eager to chart their own destinies.

Tu Ngo, General Partner, added: “Having been a founder for more than 10 years, I understand how hard yet meaningful it is to turn ideas into reality. There are gaps in Vietnam that when addressed, we can help founders go faster while focusing on the right things. Khanh and I have a bias for product-driven teams and we’re passionate about supporting founders to succeed. Touchstone is our way to show the world that scalable innovation and impacts can happen here and can be built by our very own Vietnamese talents.”