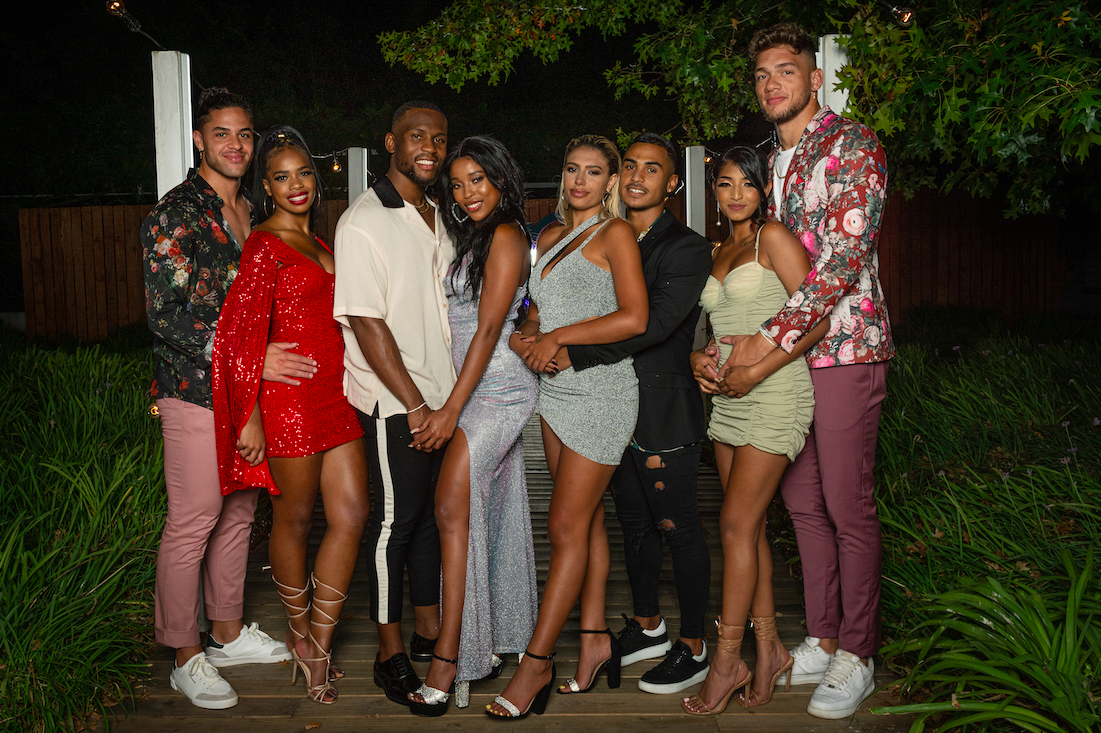 The winning couple plan to continue dating off set and Thimna believes that they will make it work. Libho says they are working towards moving in together.

Outsider hopefuls Ross Marshall and Tania Kera were also there. But it was Libho Geza who got to fourth base with Thimna Shooto, collectively named Limna, and elected to share the cash with his belle.

Of more than half of the 1.6 million votes cast by viewers, 53% were in favour of the couple. The excitement livening up a rather dull first season that became better known as “Friend Island”.

The winning couple plan to continue dating off set and Thimna believes that they will make it work. Libho says they are working towards moving in together.

“I always knew that he would choose love, so I was not surprised when Libho chose to share with me. I am not sure what I would have done had he chosen the money,” she says.

And while the initial attraction was purely physical on both sides, Thimna says that she is also attracted to Libho’s consistency of character and kindness. For Libho, Thimna’s assertive personality adds to the flavour of her good looks.

Both say that their relationship will last beyond lights, camera and action.

“Our communication is strong, so I don’t think our relationship will subside,” he says while she says, “we are both grounded people and know what’s important”.

Runners-up with 30% of the vote were Asad and Millie.

“He [Asad] was definitely not in my plan. I had a preconceived idea of what my journey would be like and it was the exact opposite. But the best things are often unexpected.

“Asad is definitely the one for me,” says Millie about the villa resident whose bedroom antics at the start of the season lifted viewers from their slumber.

Asad believes that he has found true love.

“Millie and I share a really special relationship that isn’t only serious. We can be romantic but also tease each other and have banter. The best of both worlds.”

Third in line were Xavier and Mischka, who both seem to feel that they have made a meal out of their experiences on the show and found true love.

“Mischka is an absolute snack and I love her,” proclaims Xavier, this after saying the same thing to Millie a few episodes back, only to massage his declaration later saying that he loved Millie as a person, not romantically.

“I was here solidly for love and maybe I could’ve done it more sensitively, but I have apologised to Millie and now we are super good friends.”

Mischka adds that she is in for the long haul with Xavier and that she “could not see it any other way”.

At the tail end with only 2% of the total votes cast in their favour, Ross and Tania have left the villa enriched by their experiences.

“I learnt that it is okay to be weak in moments and that I should not make decisions to please others, just for their acceptance and validation.

“I still have a long way to go, and I just want to live up to my potential,” says Ross.

He adds that of others, he learnt that “there are some really genuine, caring people that believe in me”.

“I learnt that people would act in their own interest most of the time but there is a small percentage of people that you keep close because they undeniably care for you.”